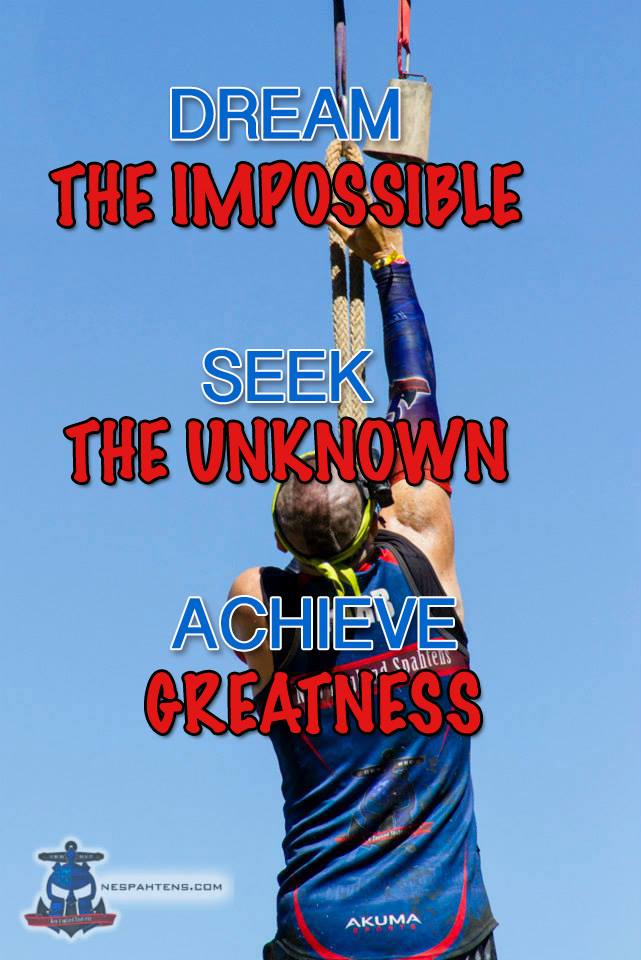 It’s that time of year – the calendar gets quiet – instead of huge OCRs we find local 5ks, and we spend time with our families, which this year – for many of us – includes Spahtens for the first time. 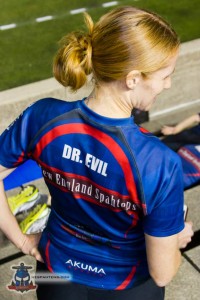 We started 2013 with just a few hundred members. We finished the year with over 1600. Not everyone is involved daily – and some are incredibly active, and have formed life long friendships or started relationships. Some members of our community just join for the discount codes – and thats ok too.

Because of our size, our enthusiasm, our expertise, we’re able to work with race directors to help them – we bring people of course, but we bring expertise. Very few RDs run as many races as some of our most active runners, or have seen such a wide variety of things that work, and things that don’t. Smart RDs use that.

This year has seen some pretty amazing things happen to us – we’ve had countless biggest team awards through the year, and each time we put in an order for the amazing Akuma shirts, it’s bigger and bigger – our blue, fitted, high quality drill shirt is becoming a very common site at obstacle courses – and road races from marathons to 5ks. Our last order was over 50 items, and turned around in just a couple of weeks. We’ve been using Akuma since day one, and it’s paying off with a great relationship, fast turn arounds and amazing customer service.

More recently, we were noticed by Runners World magazine. They were looking for “alternative running clubs” to add to a piece they were writing on the November Project, and with the noise our community made, they came out to one of our regular training sessions and included us in both the print and internet editions of the magazine – what an amazing thing to happen to this little running club!

The National MS Society awarded us with their annual Shining Star award for our efforts at the MuckFest MS 2013 event – a huge honor! We were happy with a team tent, but they really honored us with the award – we’ll be bringing a massive 2014 team to this amazing series.

We had a big year for OCRs here in New England. Spartan Race, many people’s favorite series came back to Amesbury, MA for the fourth time, and we were able to register over 350 people for the weekend – a Spartan Race record, and one that was done without the discounted entries frequently used to bump registration in less populated regions. Local OCR FIT Challenge saw it’s inaugural event “blessed” (if thats the right word) with the first ever New England Spahten Prom Dress Wave – 70+ community members showed up, many in prom gowns, and we very much confused the locals. Job well done, Spahtens! 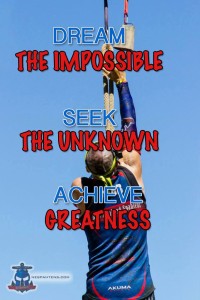 Along with Biggest Team at the world championship Spartan Race in Vermont and the second Fenway race, we also saw New England Spahten community members performing amazing feats on the course of the Ultra Beast, the Peak Races Winter and Summer Death Race (two of our own won the winter one, and we had more finishers in the summer race than any other team). We were also well represented with individual and team participation at Worlds Toughest Mudder – and countless local and national OCRs.

Our own elite team – initially put together for the Superhero Scramble MA event (the women came third!) also took podiums at the New York Superhero, with both Men and Women’s teams getting on the podium – and have stayed together – training, racing and traveling – putting New England Spahten drill shirts at the front of the fast folks ever since!

Of course, this massively expanding industry is going to have some problems. Races have come and gone, or simply provided disappointments. We were all disappointed when Jungle Cup – the race that was going to launch the season – cancelled and dropped off the earth before providing refunds. We got annoyed when it turned out the owner had sunk a ton of cash into an OCR training facility in Florida. Talk about being ripped off.

Local favorite, Ruckus, had a very sad summer event – all their signature obstacles were removed or dumbed down, attendance was poor and race day logistics were a mess. Despite some very promising communication from the CEO, and huge efforts to promote and push their fall event, they pulled the plug two days prior – with excuses that burned all the good will and affection we had for the series.

Hero Rush – the firefighter themed OCR that was very popular never made it here, and zombie favorite Run For Your Lives had one of it’s fina 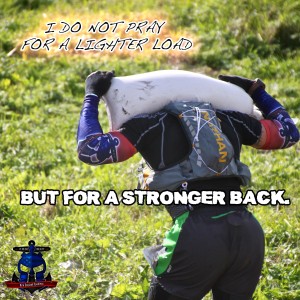 l events in New England before they pulled the plug. We were extremely happy when the poorly reviewed, sub-par Rebel Race also backed out of the region – a testament to word of mouth and the power of a community – I like to think.

Despite these failed events – and a few others along the way, the season still managed to be incredibly busy – with races happening across the region almost every weekend. Some weekends there were multiple events, and one frantic August weekend saw seven events across New England – truly a test of who can stand the heat, and who can’t. Some did not (I’m looking at you, Run For Your Lives!)

This busy season also saw some pretty awesome relationships being built. Unleashed in Rhode Island opened, providing the best indoor OCR training facility in the country – and simply wearing New England Spahten gear gets you a discount right at the door. We’re also fortunate to have the single best outdoor training facility, and probably the toughest course you can find sitting in our backyard at Shale Hill Adventure Farm in Vermont – who also introduced us to Icebug, the shoe that quickly became the favorite shoe of many of us on race day, beating out the more standard Inov8 for many of our feet, again, team discounts are established and long standing. 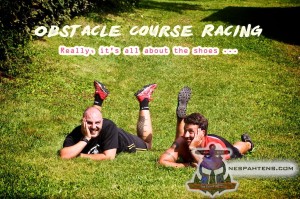 We’ve also expanded our relationship with race series and race directors – from a fantastic season racing with Spartan Race and Civilian Military Combine starting on the pier of the Intrepid (amongst other venues), to building great relationships with local OCR’s like BoldRDash, Smithfest Events, Tuff Scramblers and new comers, Zombie Charge – building out a #racelocal Grand Prix series for 2014.

Our little community exploded. We did it without much drama or fighting. We built relationships all across obstacle course racing, and never lost sight of, or got confused about our ultimate intentions – to build the Obstacle Racing Community across New England.

And we couldn’t have done it without you – thank you for supporting this community! 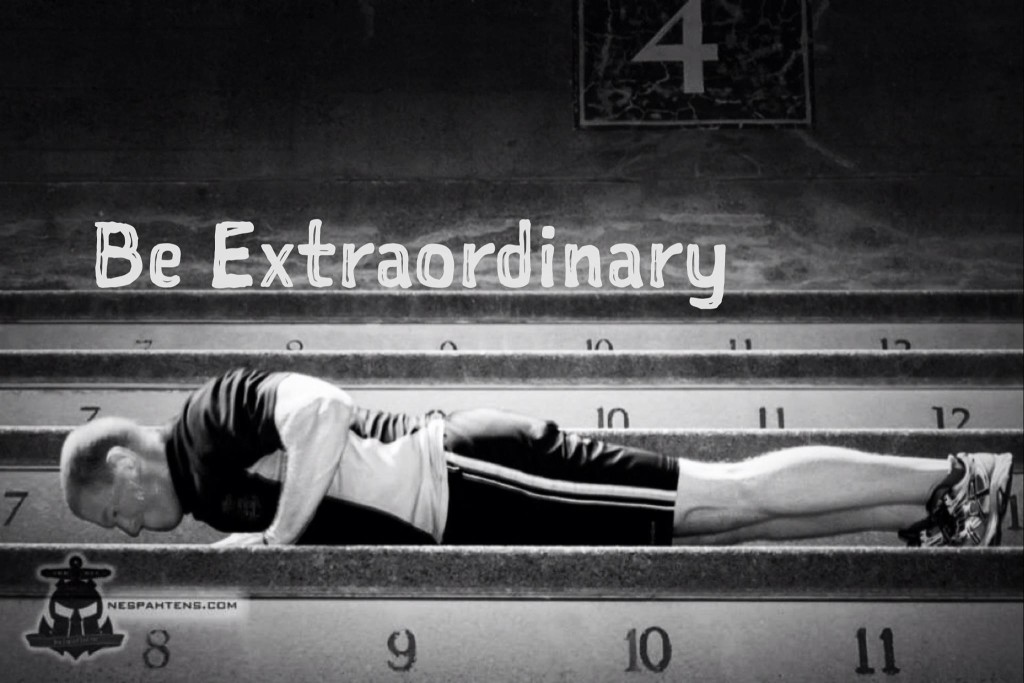