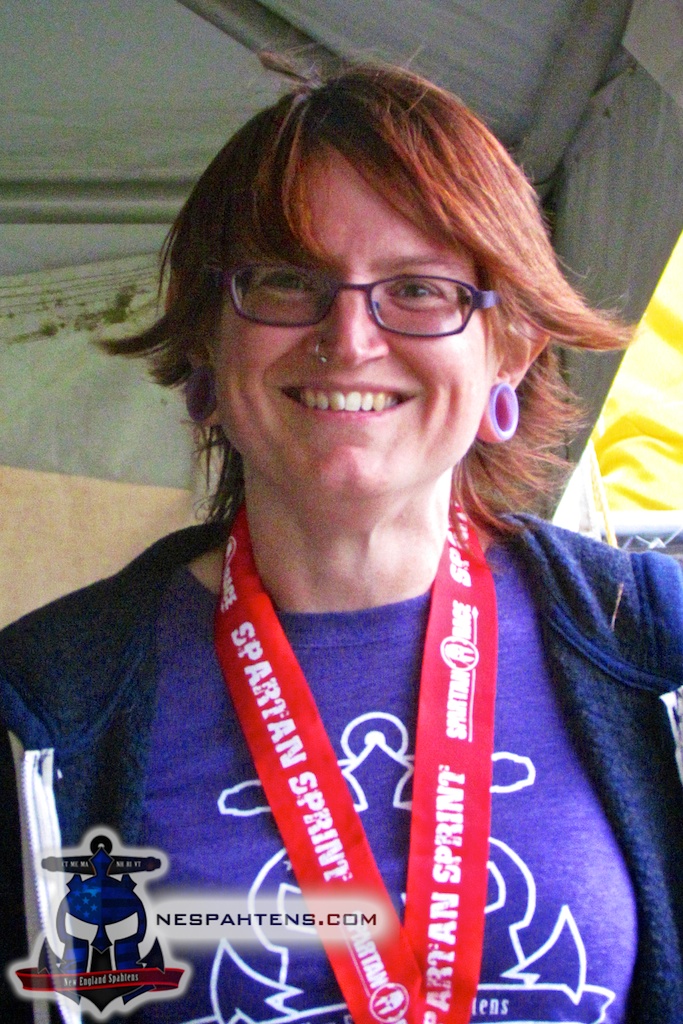 For the first time, the Vermont Beast weekend also included a Sprint distance event – wether it was to bump the numbers of people who came out, or a precursor to multi-distance events to come (trifecta weekend, anyone?), it was a fantastic way to introduce people to the World Championships, while also giving them a shorter distance challenge.

But, it was far from easy. Beth and I ran the Sprint on Saturday – and here is her write up. 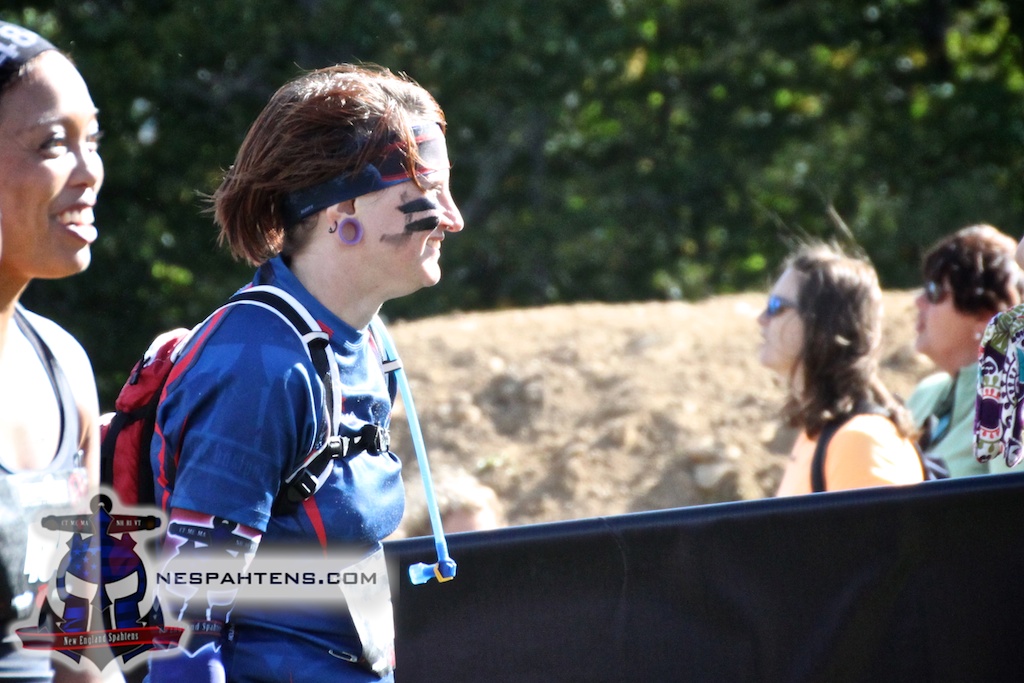 I did the Sprint on Saturday Sept 21 on Mount Killington in Vermont. I have to be honest. I was more than a bit ashamed that I was “only” doing the Sprint and not the Beast as many of my teammates were. I had just done the Super a few weeks prior, so figured “How much different will it really be? The Mountain isn’t that much steeper.”

Man did I eat those words.

Paul and I stayed right across the parking lot from Killington (awesome place to stay!). This meant we didn’t have to worry about parking, but decided to head over early to hang with the team and meet up with friends. As we walked towards the entrance, I looked at the mountain. It looked majestic, and a bit menacing, but really didn’t seem too different. We quickly registered and headed to the team tent that was set up for us on Saturday to await the start. 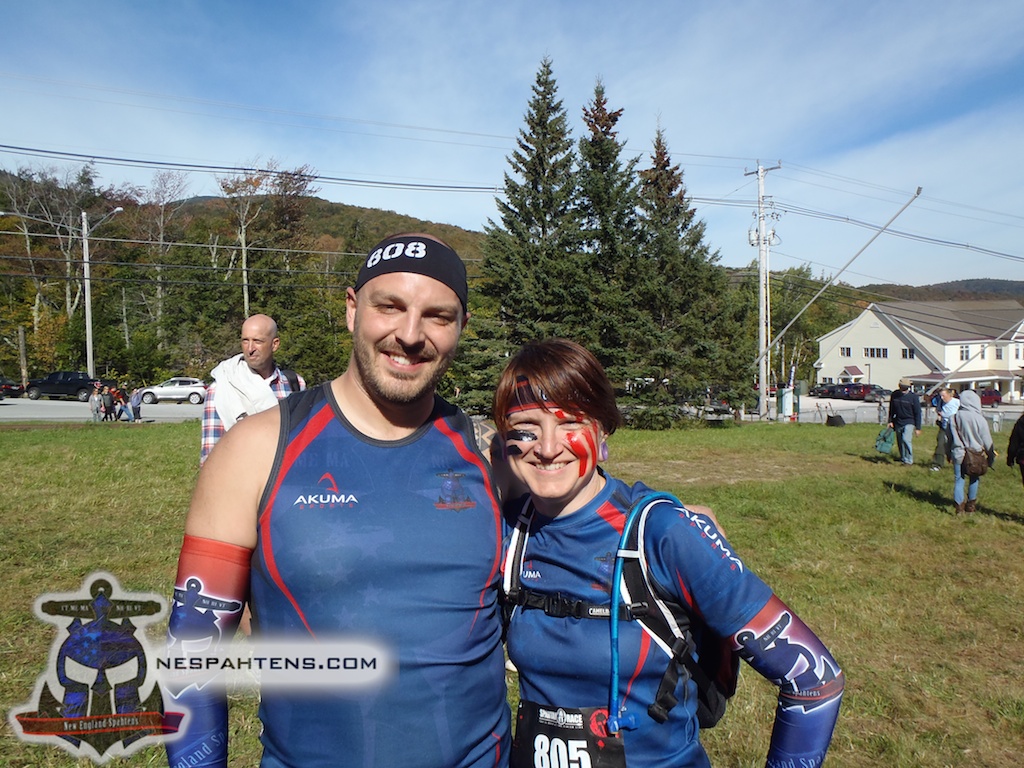 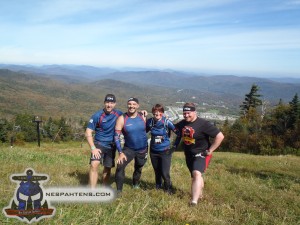 At 10:30am, we went over to the starting corral to head off. Interestingly, Spartan had set up walls that people had to climb over to get into the chutes. There was one on the left for the Sprint folks, and a slightly taller one on the right for the Beast runners. I hopped over the wall and waited alongside the team to get the party started. Soon we were off. We ran alongside a road and hit the first obstacle – some over/under walls, an over/under/through wall series, and some hay bales to climb over. Another wall, then The Climb. This is the climb where the Beast folks merged onto the course with us. I really can’t emphasize enough how unending that climb seemed. It really was its own obstacle. Every time I thought “we MUST be at the top” the path dog-legged, and there was still more mountain to climb. At long last, with cramping legs, we reached the top, and found the next wall obstacle. I cleared that wall then we started down again. THIS is where I started thinking “What the hell am I doing??” The climb down was steep, but the loose rocks that kept raining down on the runners was the worst part. I saw someone get hit in the back of the leg with a softball sized rock. She went down hard, but with a bit of help and a second to regroup, she got back up and continued on. Didn’t catch her name, but she was a complete badass to keep going after that hit!

At the bottom of the descent was the first water station. From there, it was some trail running/hiking then we came to the Herculean Hoist and the Monkey bars. The Herculean Hoist for the women was pretty light (55lbs I was told) so I had little difficulty getting that up. The men’s was quite heavy – back up to the 110lbs. I took the option for some assistance on the monkey bars, and we quickly continued onward. We were still on the Beast course when Paul and I came the 8 foot wall. This is where I landed badly and sprained my ankle. I hobbled to the next water station where they patched me up with some wrap and I carried on with the race, albeit at a much slower pace.

The tractor pull was next. This is usually one of my favorite obstacles, but with the injured ankle this made the pull significantly tougher. Eventually I was able to pull the block all the way around and back into the corral to carry on. Then came  the Inverse walls, but the Sprinters only had to do one of them. I managed to do that one with the bad foot, but this where it all started to go badly downhill (pun intended) 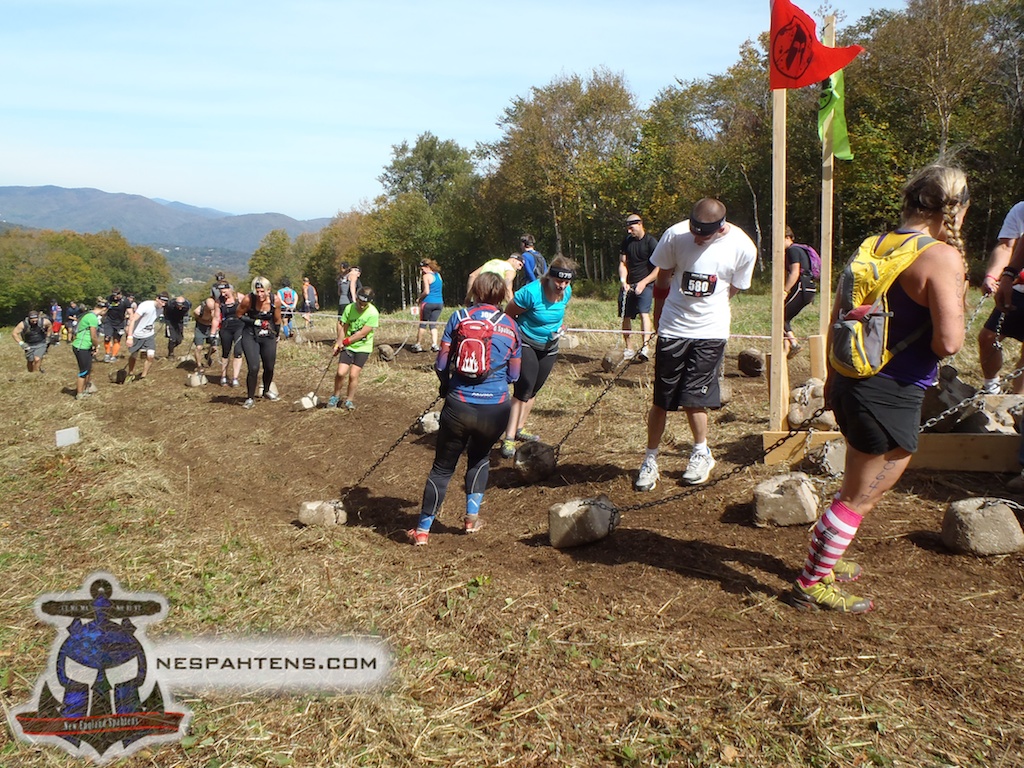 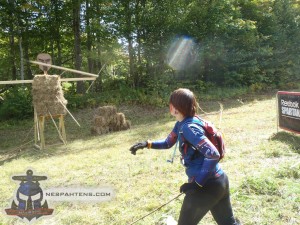 The order of things get a bit fuzzy at this point, but there was the rolling mud, barbed wire crawl and spear throw (which I missed).  None of these I was able to do because of the ankle, nor was I able to do any sort of penalty – I couldn’t squat because of the ankle, I couldn’t burpee because of the shoulder. I tried to find something to hold to do pistol squats but came up with nothing, and lunges were also a no go. At some point we took a right off the Beast course and had a traverse wall obstacle. Eventually we got down to the slippery wall and fire pit to the finish. By this point, I was completely disheartened and frustrated at my lack of ability to do any of the obstacles. I had to do a walk around the slippery wall (one I love) and literally couldn’t put any weight on my foot to try the fire pit. With tears streaming down my face, head down, I walked down the hill, completely crushed by that point. The first gladiator barely tapped me. The second saluted me, and the third gave me a big hug. I have to say I didn’t accept my medal with much enthusiasm, but I can say that I did finish what I started, even if it wasn’t anywhere close to how I thought I would finish.

This course was probably the most challenging Sprint to date, purely for the elevation change. The actual obstacles were the ones we’ve come to expect, however I was sorely disappointed we did not do the sand bell carry. Come on Spartan, why did you deprive us of that one. You gave the Beast guys two carries, you could at least share the love a bit and let us have the sand bell one. I did hear people complain about the lack of rope climb as well. I can appreciate the fact that there were three races going on and a lot of logistics and an insane amount of obstacles, but I did feel that the Sprint was a bit light on the physical obstacle front, but more than made up for it on the ascent and descent.

The festival area was quite nice. Several vendors and the spectator area for viewing the Beast course was phenomenal. Great job on that. We were able to see our friends and family as they went through the course (and could see the Ultra Beast folks come through on Sunday) So this was a great plan. Also GREAT job on working a deal with the lodge restaurant there so that there was food for the runners even after the vendor village closed up.

I can safely say I left a piece of my heart and soul on that mountain. I will be back next year to get it back. 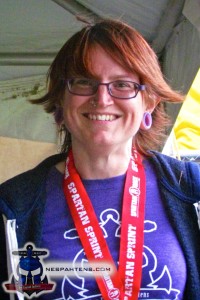