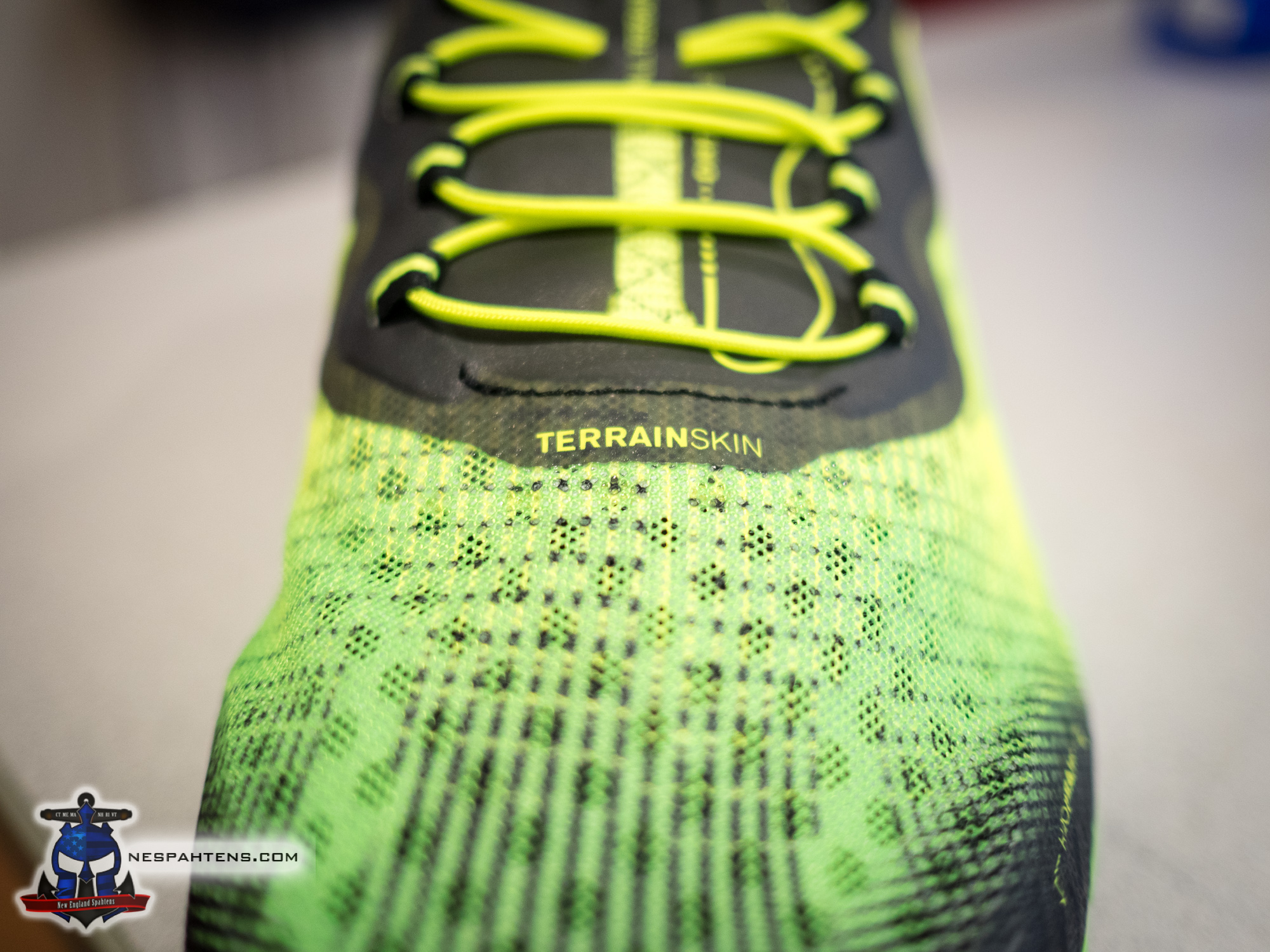 Since launching with the All Terrain Sprint and Super – and to a lesser extent, the Outdoor Wild in 2014, Reebok made it clear they wanted to put out a trail shoe for the OCR scene. The Sprint and Super, while having some mixed reviews on their durability and fit, were a *very* solid start.

Like they do with other shoe lines, they listen to feedback. Reebok are in touch with the scene, and not just from the elite level – several of our own community have made visits to the Canton, MA headquarters of Reebok, working with the market research team to provide feedback and insight into the direction they’re going.

And we now have some of that development in hand. The Reebok All Terrain Thunder 2.0 is more of a cushioned, less minimal trail shoe. Just the start of the 2015 shoe releases.

With a 7mm heel to toe drop, these are more cushioned, less minimal and not so aggressive alternatives to the existing shoes. (This was previously and incorrectly stated as 12mm)

And, some photos and close ups.