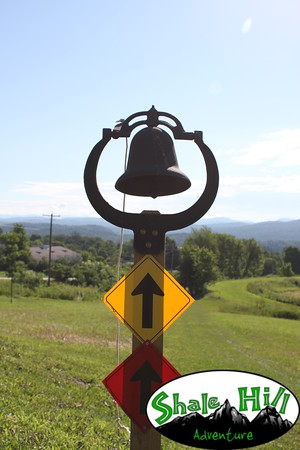 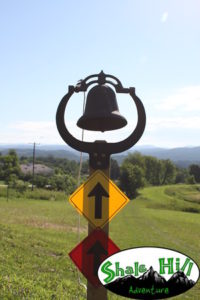 24 Hours of Shale Hell.  Competitive, Journeyman, 24 hour, 8 hour, 10k, and 5k, people come out to push themselves, find their limits, blast through them, and beat themselves down.  Everyone has different goals and different reasons for being there.

There were two different race meetings, one the night before and one the day of.  The rules were laid out for competitive and what the penalties would be on each lap.  The rules were  laid out for journeyman and that even though it was penalty free, you were still supposed to try the obstacles.  For the 24 hour racers and our first hour, the rules were laid out for passing obstacles and when we were to start.  With it being a 24 hour race, we were told which obstacles would be closed at night, that if you were competitive and the obstacle wasn’t safe for you to do due to being tired, to penalty, if you were journeyman and it was unsafe, to skip it, but that this was an obstacle course, obstacles were a big part.

It was amazing to watch people crush their goals, be crushed by their goals, to dust themselves off and try again, to resign to a penalty, to support friends and be supported.  People did more miles and more obstacles than they previously thought possible.  People nailed obstacles for the first time, ripped their hands open (75 I believe was the number of people seen by the medic).

This event is a part of #racelocal and a big part since there is the ability to earn so many miles.  This event is similar to Infinitus and Jills Folly in that it covers a large portion of time and the potential for really high mileage.  The event is different in that it is an obstacle course race with two very distinct divisions.  Competitive must complete obstalces or do penalties, journeyman must attempt and may move on.  This allows for the potential of a higher lap count, people who will simply bypass obstacles they don’t like or can’t do.  Because of this, #racelocal has a penalty per lap to help even the mileage earned.  A competitive lap is not equal to a journeyman lap.

I know people go out to run their own race, I know that journeyman is to allow those of us who can’t do all the obstacles and would get completely burned out with penalties to still come and have a good time. BUT, those of us in #racelocal get docked miles for running journeyman and for good reason! The number of people I saw walking by obstacles they couldn’t do and not even trying, not even on lap one, is exactly why the dock is there.  I am not immune to the journeyman attitude, I skip the pond traverse every time because it will break down my body so much that 1-2 laps, even journeyman is likely all I would be able to do.  Remember, it is the Race Director’s rule that even though there is no penalty, the obstacles are to be attempted until it is no longer safe to do so.

In remembering this is an OCR, obstacle course race, I know a competitive racer, Jesse Carpenter, on her 4th lap, was smoked, simply touched some of the obstacles (not even a half assed attempt) and did her penalties. She also made the decision at the end of that lap to stop because she was struggling with SO many of the obstacles at that point. She said with a chuckle that, “her hands hurt, her arms hurt, her feet her, her whole body hurt.”  She commented that she met her limit and wasn’t there to simply run a trail race with some PT thrown in.

This post is not meant to shame or demean anyone. It is simply to highlight why the need for a mileage penalty is in place for our #racelocal program.  It is only in #racelocal miles where journeyman miles do not equal open/elite miles in the tally for swag.  In every other sense, journeyman miles are just as hard and just as earned.  I want to remind everyone to cheer everyone on, to run your own race, to have fun. That just by showing up you are inspiring and amazing.

1 thought on “24 Hours of Shale Hell, #Racelocal, and What it means to be a journeyman.”