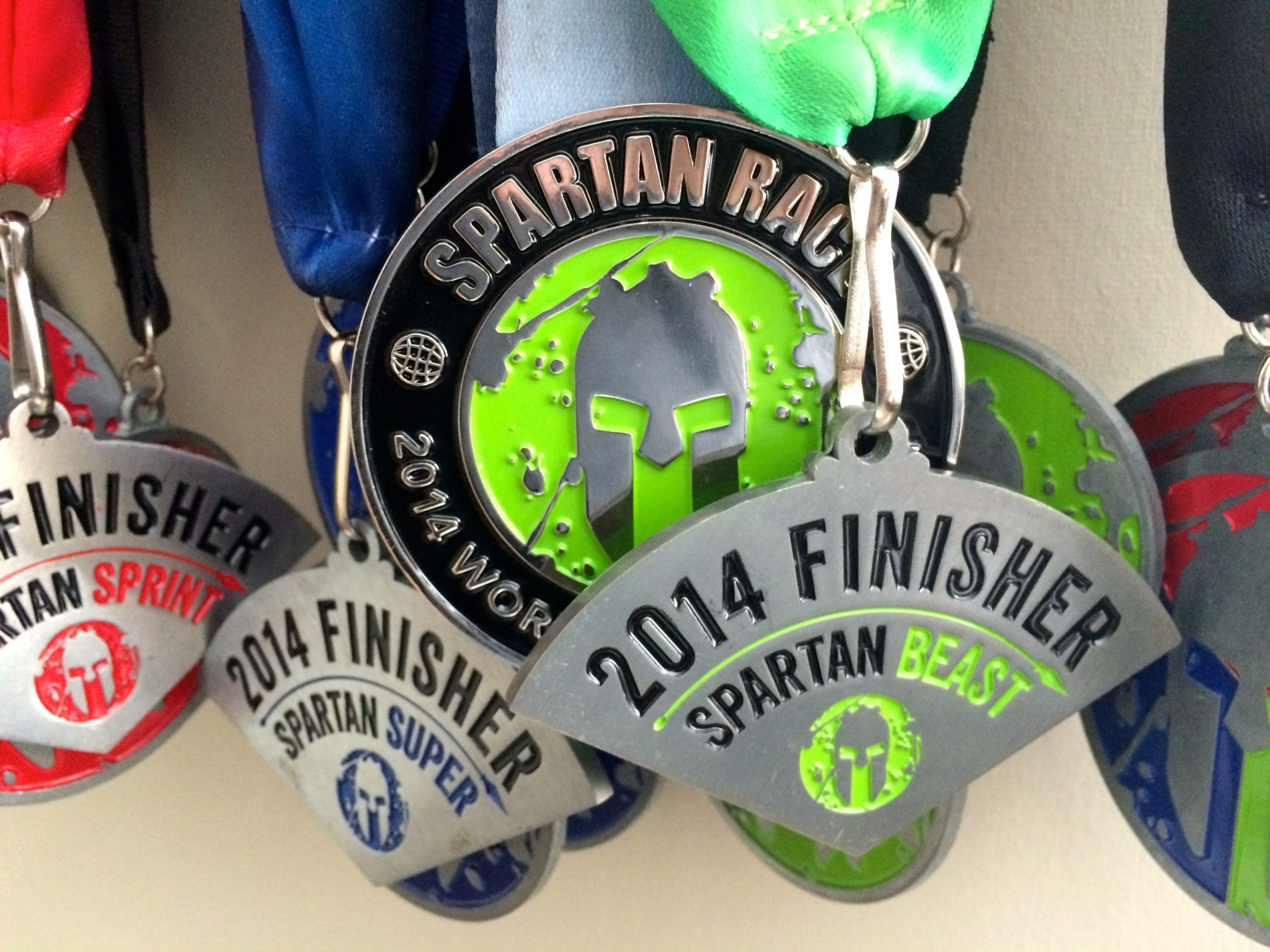 It’s customary after an OCR, to write about the event. Usually, it’s a review – but this is a bit different. 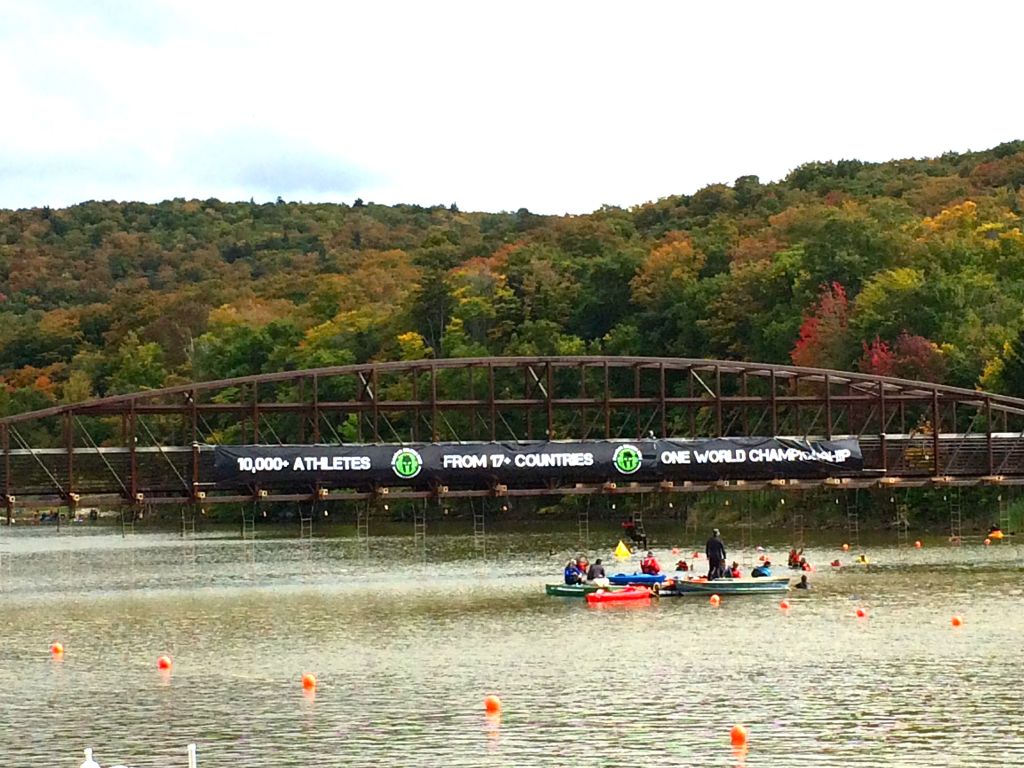 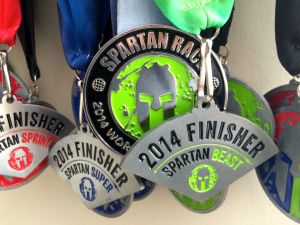 I finished the Beast, and had a grand old time, even when I hated it. I earned a medal in just under 10 hours, and finished in the dark – missing my personal goal of a daylight finish. I stuck both spears, which never happens, and was told by a volunteer to walk past the last wire/rolling mud/dunk wall combo because it was dark. I picked up three unprepared people with no headlamps, and told them to keep up or DNF – and they did, and were really nice people. I did some burpees, but probably lost count and didn’t do them all.

The venue had poor parking planning on Saturday morning with backlogs for shuttle buses, my mini had a BLAST at the kids race, and my wife lead an amazing group of Biggest Losers through the Sprint course – obstacles, burpees and all – earning them all Sprint medals too – for one of her most rewarding OCR experiences ever. Spectator access was great, merchandise ran out of venue shirts and trifecta plaques, and there were some good vendors. 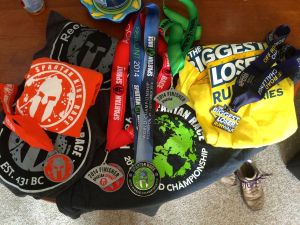 We made this into a family weekend away in VT, we ALL did something active, challenging, hung out with the best people in the world – and I can’t tell you how much it means to me that Spartan enables us to do this stuff together as a family.

I will be back next year. My experience was awesome.

Complete obstacle run through, if thats your thing.

So – why, this week, has there been nothing but whining, moaning, groaning and complaining on the social media’s? 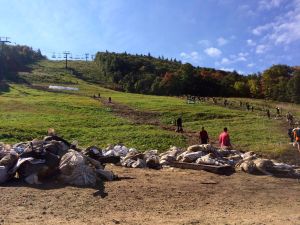 The course was too long? The obstacles not placed to your liking? Too high? Too many hills? There’s a Sprint in a flat field somewhere, waiting just for you.

Cheaters who cut the course, or didn’t do their burpees, or walked by an obstacle?

Unless you were in the top ten of the elite wave, really – who cares? It doesn’t diminish your race, or your achievement any.

It’s not all being flung back at my fellow athletes.

Spartan HQ? Fix the headlamp situation. There wasn’t anywhere near enough notification or noise made about it – and TOO MANY people were unprepared. Have every single headlamp checkpoint hand them out to those without them, or be prepared to pull people. If Smithfest can do it at Panic in the Dark, you can too. While I’m on that topic, there were FAR TOO MANY people simply unprepared. You knew – roughly – how long the average joe would be out there, why on earth were there heats of normal, regular people going out after noon? 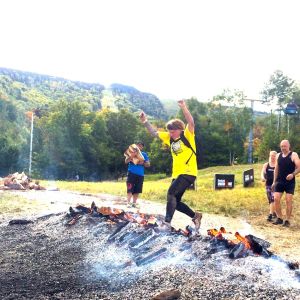 You can’t fix stupid though. If you were sliding down the technical single track trails in your old sneakers, duck taped to your feet – what. on earth. were you thinking? The hard core, badass dude with no shirt on, shivering at an aid station at the summit? MORON. Didn’t bring a pack? Didn’t think you’d need nutrition? Thanks for making more work for the medics – they were clearly going to be sitting idle all day.

There’s a bigger issue though – one that HQ needs to figure out, and quickly.

These unprepared people – the ones in sneakers, thinking they’ll finish *THE BEAST* in a few hours and head on out for a nice warm lunch and a few beers – they aren’t going away any time soon. They are the “ripped off the couch” folks, who ran a Sprint this year, saw the cool trifecta marketing and though – huh – I could get that weekend off and go to New Jersey, and having done that in my sneakers and cotton shorts, well, next stop VT. This is what the Spartan marketing machine is shooting for – fresh bodies, fresh wallets (and more power to them – they die if they don’t have fresh attendees)

Meanwhile. The fans. The super fans. The enthusiasts and regulars. The ones who show up with packs FULL of nutrition, because they know they’ll bump into a regular joe who doesn’t have any. The ones who keep Inov8, Solomon and Icebug in business. The ones who remember when Hobie had an obstacle named after him, and when they used to put dish soap on the slip wall, and CARE about litter on the course.

They’re leaving. They’re burning out. I’m likely to be one of them.

I ran my first Spartan in 2010. Since then, I’ve done a bunch of North East based Spartans every year. With the exception of this weekends Beast, I’ve not seen a new obstacle of note since the inverted wall was introduced. I’ve seen problems with merchandise fulfillment that haven’t been fixed. I’ve seen people who have thrown themselves into the Spartan lifestyle, and now, years later, it’s doing nothing for them. Spartan blazing a self serving trail – they don’t want OCR in the Olympics – they want SPARTAN in the Olympics. They don’t want to rip people off the couch – they want to rip them onto a SPARTAN course. Everyday joes are realizing that – no matter how much they push their training or how motivated they may be – they’ll never “progress” up the Spartan ladder anymore. This years Ultra Beast wasn’t even slightly close for most normal, “day job and kids” level athletes.

Where can you go from there? 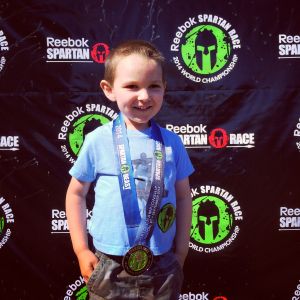 For me – while the VT Beast weekend still offers such good value for my whole family, and such positive atmospheres for people wanting to push out of their comfort zones – I’ll be there with my New England Spahtens and my family – but when it comes to taking a large chunk of cash for a Sprint distance event in 2015? I’ll save that money for a couple of high quality local OCRs instead.