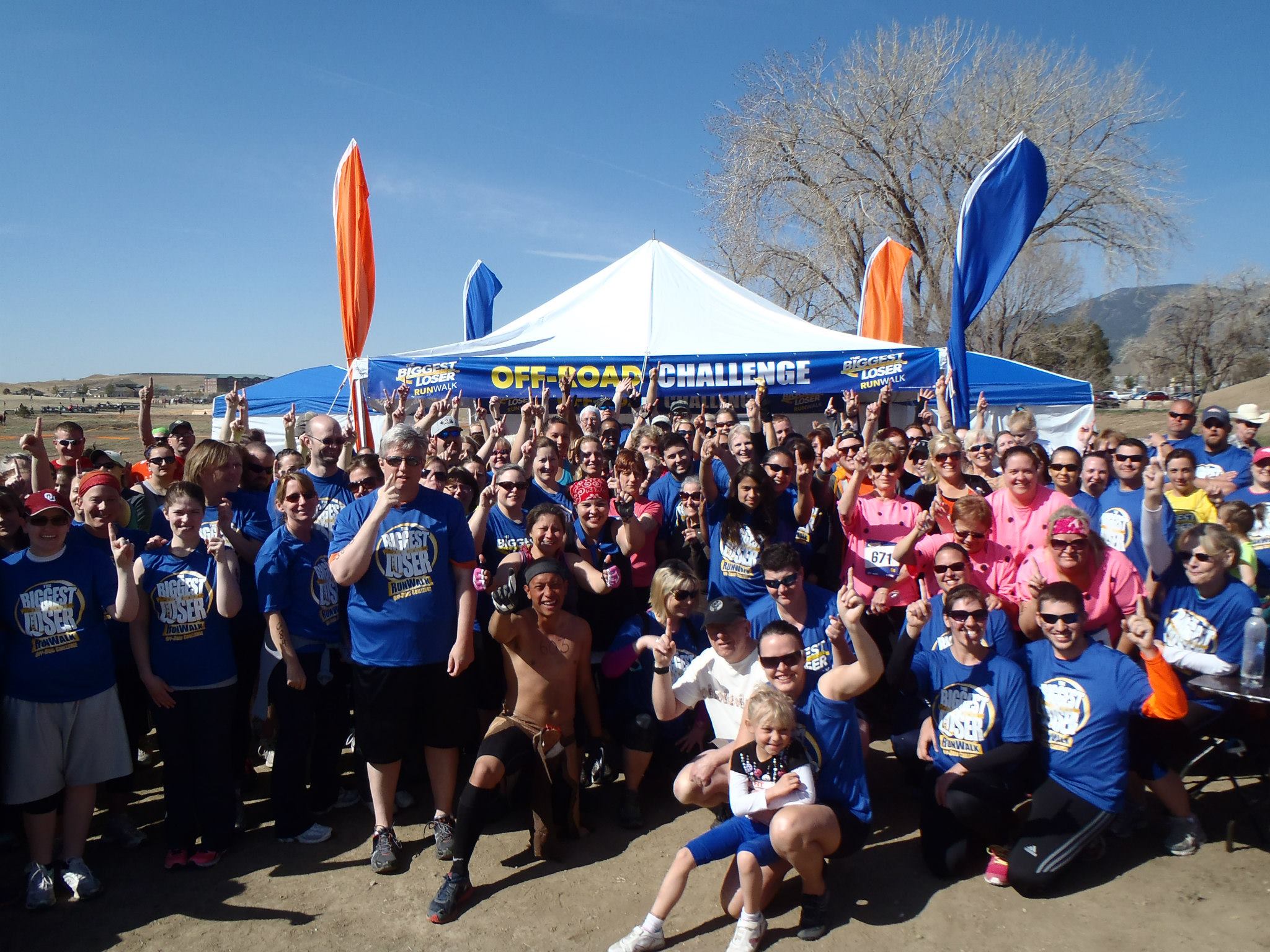 Louise traveled to CO to run the Spartan Military Sprint, and had the chance to run with the Biggest Loser wave – here’s her story 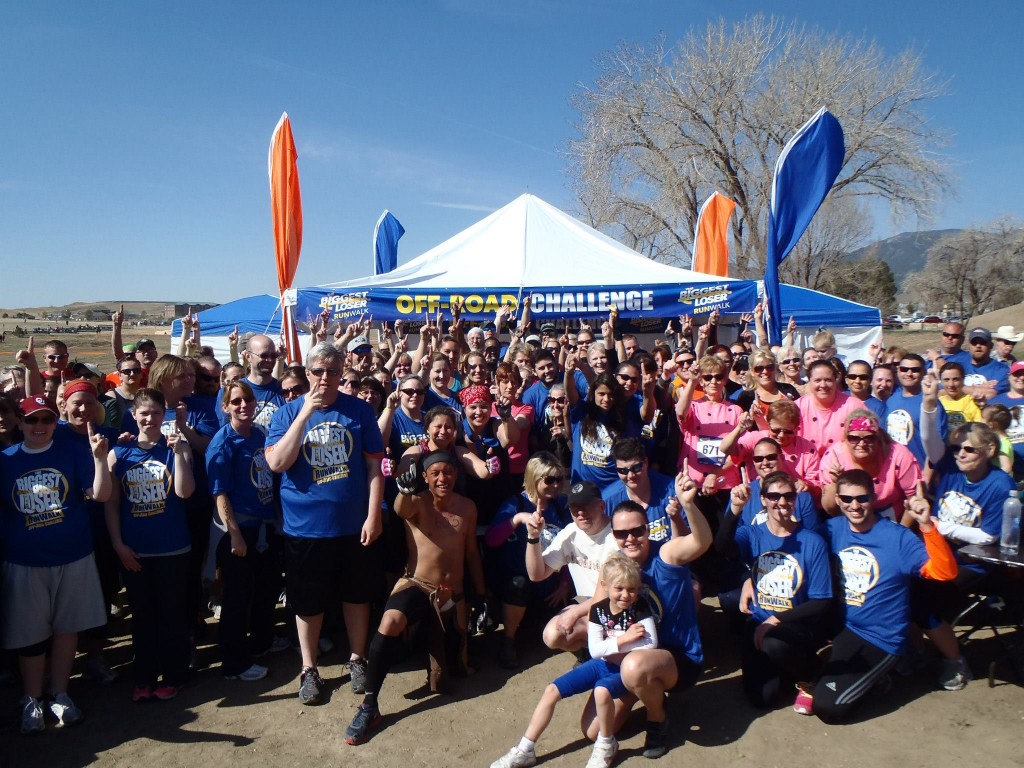 Last weekend I was in Colorado for the Spartan Military Sprint held at Fort Carson.  It was an amazing weekend!  The course was muddy, everything was heavy, I helped set up the festival area, I handed out medals, and I even got to play gladiator.  But, one of the best parts for me was that I was invited to volunteer with The Biggest Loser Run/Walk Off-Road Challenge.

For those who aren’t familiar with it, The Biggest Loser has partnered with Spartan Race so that their competitors can run the race and not be quite as intimidated.  They ran about 3 miles of the 4.5 mile Colorado course.  They are not required to attempt or complete any obstacle they do not feel comfortable with, and they do not have to do the burpee penalty.  That being said, they are encouraged to try every obstacle they feel comfortable with and to do some sort of penalty if they fail, such as push-ups or jumping jacks.

There were about 100 Biggest Loser competitors and two Spartan Race volunteers, so we were asked to be the “rabbit” and the “turtle”.  I was the turtle, so my job was to stay with the back of the pack to be sure nobody was left behind.

I spent the day with a very nice lady named Chris.  She is a fourth grade teacher who will be 60 years old next year.  She was with a team of about 6 women who ended up splitting up into 2 teams of 3.  Chris’s knees are not those of a teenager – she can’t bend them very well, which creates a lot of difficulty in going through the obstacles.  She needed help in things that many of us take for granted, such as worming through the barbed wire.  If you can’t bring your knees up, it’s a lot more difficult to get purchase and use your feet to push yourself through the mud!  But, with a little help bracing her feet, she got herself through.

Chris had some difficulty with the pancake carry, too.  Not because the bag was too heavy for her.  It was up and down a steep, sandy, rocky hill that was littered with little cacti.  She quickly got into a rhythm of taking 20 steps, then resting, then 20 more steps.  Coming down was quite treacherous, and many athletes were falling.  I offered to take Chris’s pancake, but she refused to give it up.  One of her teammates walked halfway back up the hill to try to take the pancake, and again Chris would not give it up.  Several other racers offered to take the pancake, and each time Chris refused to give it up.  She was going to finish the pancake carry on her own!  It may have taken a little longer than the average competitor, but Chris did it!

Immediately after the pancake carry, we had to hike back up that steep hill, then down a bit of the other side to the rucksack carry.  Chris put on the rucksack and started up the hill.  We got partway up and I could see that she was struggling – the bag weighed 60 pounds and it was clearly taking a toll on her knees.  I said that it would be OK if she went back down, and she agreed.  I told her to continue on and I would catch up.  I needed to go around the ruck carry to be sure her friends were OK.  When we came back around the corner on the way down, there was Chris doing jumping jacks while she waited for us!

I got to tackle the whole course on my own terms on Sunday.  Sunday was so cold.  The air was cold, the water was cold, the mud was actually frozen.  When I got to the rolling mud at the end of the course, there was nothing I wanted to do less than to get back into that water.  It was a tough morning, but every time I thought about how miserable I was being cold, I thought about Chris.  I thought about how much heart she showed – she never gave up and she never quit.   I might have been cold, but I could physically handle any obstacle Spartan Race could throw at me.  If Chris wasn’t going to give up, neither was I.  I was wearing a Spartan Race bracelet that says “Unbreakable”.  I am unbreakable, and so is Chris. 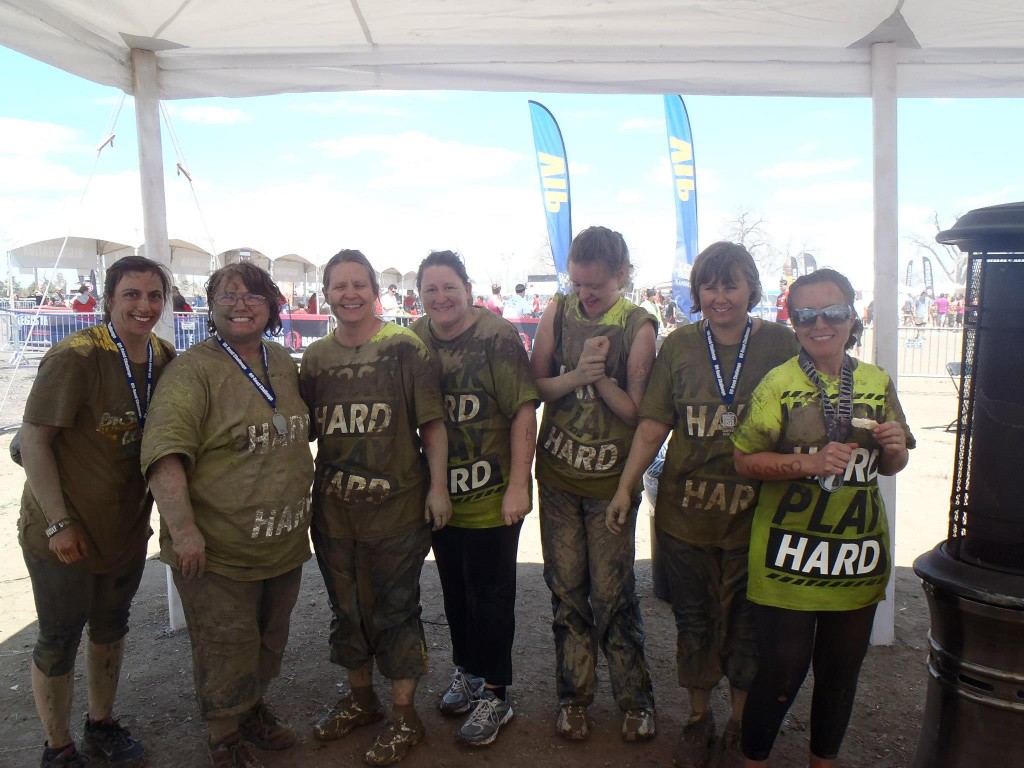 I am so glad to have been a part of the Biggest Loser Run/Walk Off-Road Challenge.  I hope that many more NE Spahtens have a chance to volunteer as well.  If you’re out on a course and see someone wearing a Biggest Loser shirt, take a moment to help them and to encourage them.  They are doing their best, and maybe they’ll love the race and the community so much that they will sign up for the full course next time!