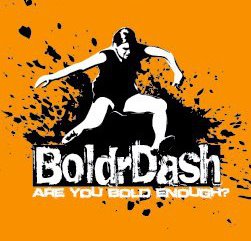 Bold R Dash on the Beach held over 2 days at Misquamicut Beach, Westerly, RI. This is the First Year Bold R Dash has strayed away from Yawgoo Valley location in the fall not only to offer a great day on the beach, but also to benefit “Bring Back the Beach”  Being from New England I am sure most of you were effected by Hurricane Sandy one way or the other;  “In 2012 Twenty-seven businesses and 3 miles of beach along the Westerly coast were devastated by Hurricane Sandy, severely impacting the lives and jobs of hundreds of Rhode Islanders as well as the state’s economy and tourism industry. The Greater Westerly Chamber Foundation, an arm of the Greater Westerly-Pawcatuck Area Chamber of Commerce, is a local, non-profit 501c(3) organization that is directly supporting volunteer and recovery efforts. BoldrDash is organized to help support local charities and organizations. For our Misquamicut Beach Race we are partnering with The Westerly/Pawcutuck Chamber of Commerce to help raise funds for the Bring Back the Beach Campaign.”

Bold R Dash was held over 2 days, Majority of the Spahtens ran on Sunday, as several of us were pulling back to back races with other events only held on the Saturday. We did have a few run on Saturday as well. Reports are the course changed slightly between Saturday and Sunday. Apparently on Saturday the Course was not a full 5k, and in recognizing this Bold R Dash extended the  course  further down the Beach for Sunday. (confirmed their were water stations on Sat), but there were 3 on Sunday.

I think these kinds of changes show 2 things, 1.  It was their first time at this location and 2. They made adjustments on the fly.  So You’ll need to treat this as 2 separate Races, rather than 1 race over 2 days.

Onto Race day (Sunday) Easy to find parking, with short walks to registration and the race. RI Beach towns are built for Tourism and plenty of parking so this we didnt expect to be an issue, and it wasnt. There was Tons of Staff on the streets directing you to parking, and friendly as well. Check in was smooth, and it was a beautiful day to Race.

Lets Start off with the staple of Bold R Dash.. which is the fact  you need to pick up a rock and run with it for the beginning of the race. They sent us down the beach front, pick up a rock (ranging from baseball size to football size) and run it back up the beach passed the start block dropping off your rock probably about 400m into the race, and then Here comes the fun part.. Having to get waste deep in Beautiful Rhode Island Ocean, which was instant leg numbing cold.  This area became an issue for some on Saturday because the Tide was coming in for some of the Waves, and some people experienced Deeper then they would have liked water through this part of the course. I had immediately checked the Tide for my wave time after hearing this and knew i was in the clear. 😉

The Frigid Water kept my legs numb for at least a mile into the course, which was a nice distraction from having to run through beach sand. Because running on the beach sand is difficult, You could see many runners Glutes and Quads burning out quickly trekking through the sand.

BoldRDash saved the majorty of obstacles for the 2nd half of the race, this allowed heats to thin out greatly running on the beach and cause no back ups at obstacles, I have to think this was intentional. We hit our typical Walls, Football Tires, an 8ft, a 20ft Tire wall, We even hit a Balance beam where you had to carry a (4ft or 5ft ??) slosh pipe over.

Ill have to say my favorite of the day was the water filled Bouy’s over and under walls. Bold R Dash made sure they had enough walls to make you curse the Bouy by the end. (maybe 30lbs? )

We did plenty of Glut Burning running on the beach, Some low crawls and then it was up the Sea Wall to the Finish line.

All and All Bold R Dash put on a Great Race for a Great Cause. Every Obstacle had at least 1 if not 2 volunteers Encouraging and Cheering you.  It was a beautiful day and reminded you while you live in Rhode Island (or maybe want to move to Rhode Island?)   Thumbs Up from the New England Spahtens on this Event. I hope Bold R Dash Continues to bring this race back to continue to help fund the charities that make these beaches great places to be in the summer.

I apologize for all the Copyrighted Images. We were all having such a good time running the beach no one took any photos.