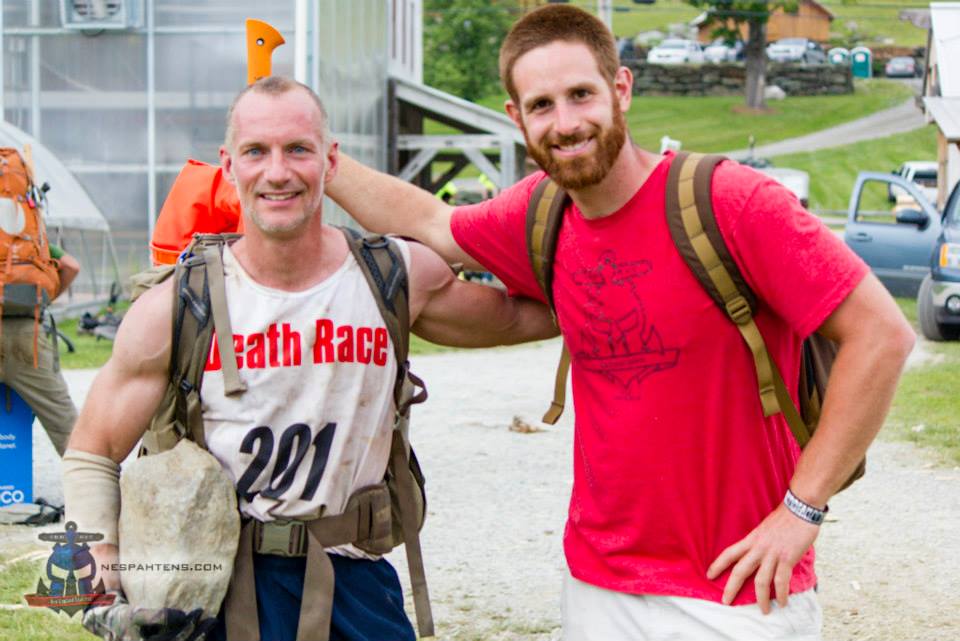 So, you’ve seen the Death Race, and you want to experience it in some way. Maybe you watched, as Spahtens won the 2013 winter Death Race, or you saw the skulls from the finishers of the summer Death Race, or got to run alongside them on Killington during the team Death Race – and you were inspired.

But, running the Death Race itself is far out of the reach of many of our physical or mental endurance limits (or perceived limits), and fortunately, many of us know this and don’t intend to actually sign up and run the damn thing.

We’re still inspired though – and want to participate, or be around those people – maybe by watching normal humans go through this experience, we’ll come out better ourselves.

That leaves crewing for a racer, or volunteering. Both are essential roles in VT during Death Race weekend – and wether you are parking cars in a field, or helping a hypothermic racer warm up enough to go back out and continue – the event couldn’t happen without your participation too.

Crewing seems to be the most involved way to be at a Death Race without actually racing. You are assigned to an athlete, and your job seems simple – help the athlete finish the Death Race.

Not even slightly. As crew, you signing up for one of the most grueling, taxing and frustrating weekends this side of actually racing. You are frequently the last to know anything, and you need to be able to respond to your athlete at a moments notice. When they come in at 3am, sleep deprived, beyond hungry and ready to quit – it’s your job to give them the sandwich you were saving for later, hand them a thermos – and give them that pep talk you know will motivate them to go back out and endure whatever else the Peak Races crew have in store for them.

Still interested? I reached out to two experienced Death Race crew – Sandy and Patrick, and a Death Race finisher, who has frequently attributed his skull to the support and care he received from his crew.

Patricks advice is right down to basics.

These might sound really simple, but without the reminders to eat and drink, the racers will simply forget …

Sandy (as always!) is very practical and detail orientated – which make her a fantastic crew member.

And then I asked James, who finished with a skull at this summers Death Race for his perspective.

So, when you decide you want to head up to Vermont to crew for the Death Race – be aware of what you’re getting yourself into. In many ways, it can be one of the toughest roles of the event – and if you decide crewing isn’t for you, choose to volunteer instead. You’ll have an essential role, meet amazing people and get a lot more flexibility in your weekend.

1 thought on “Crewing for a Death Racer”