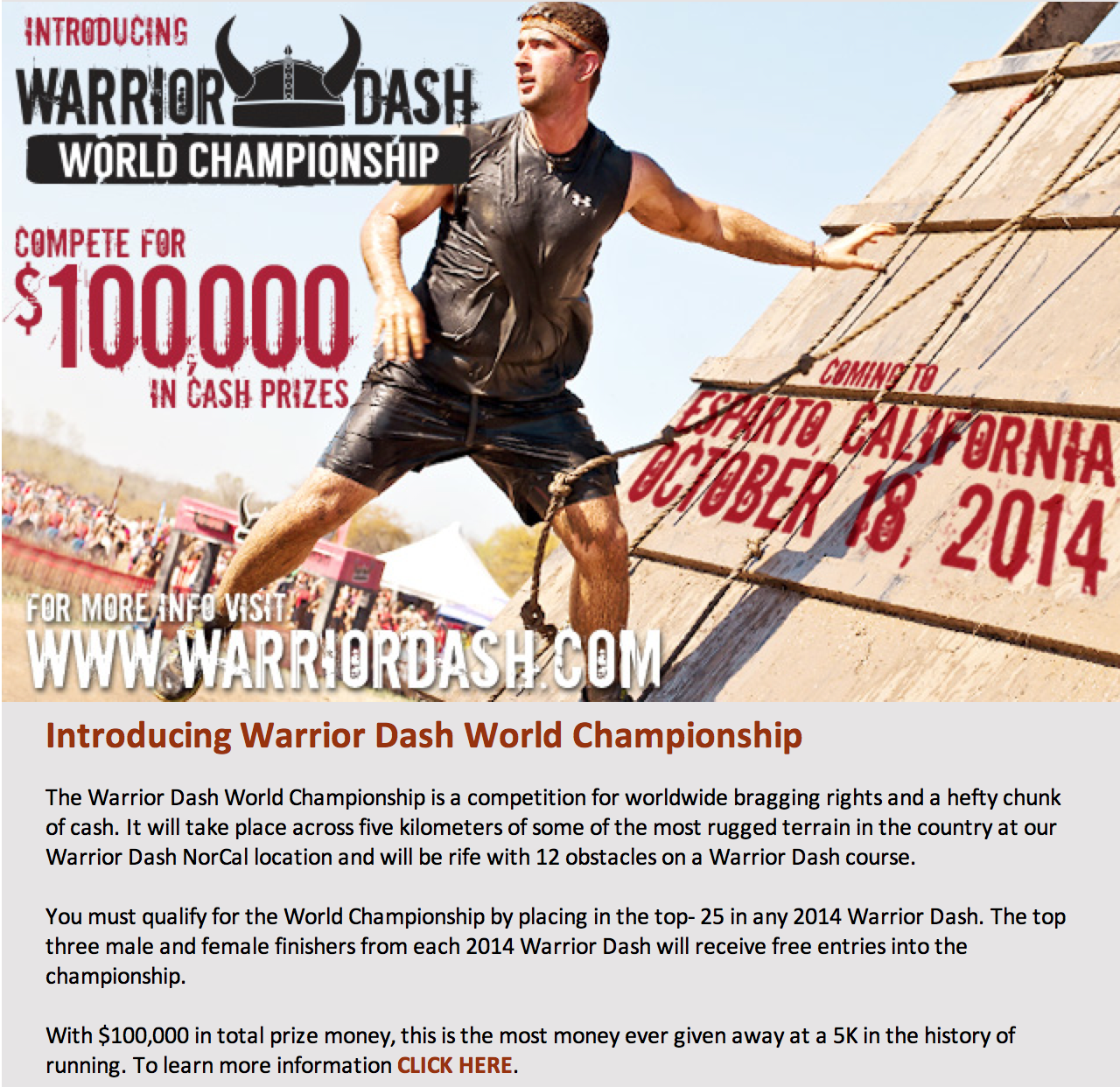 The Spartan Race World Championship is well established, having being held for three years now, and this past year in Killington VT, held during the Sprint, two day Beast and Ultra Beast events – with Reebok and NBC – it was an epic event that was the highlight of the Spartan Race calendar, and many believe that with Hobie Call winning it, the best OCR athlete today won the most prestigious prize out there.

Who wouldn’t want a piece of it?

Superhero Scramble is trying to get their own “year end championship” off the ground this year, and OCR World Championship was recently announced, trying to get a piece of the pie – claiming to be a race vendor independent, and piggy backing off the other series own events to “qualify” people.

Seems even little old Warrior Dash wants in on the action, and they want in on it big. Held in California, with $100,000 on the line, this is easily the biggest prize purse on the market today in OCR. 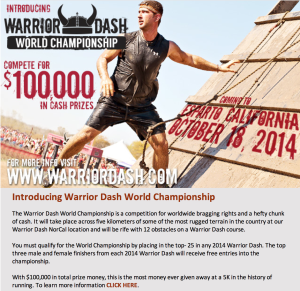 Oh, and check that date out – same date as the OCR World Championship – they may claim to be event independent, but those events are certainly not interested in being thought of as “qualifiers” and letting their brand name be used in such a way.

So, assuming you aren’t a sponsored athlete, or live locally to the Mud Guts and Glory venue – why wouldn’t you travel to this event on October 18th?