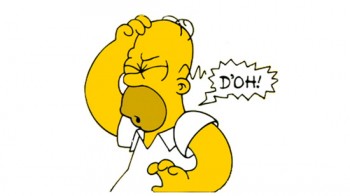 I want to introduce a new spot, here on the New England Spahten blog – one I hope provides useful feedback and ideas to one of my favorite demographic in the OCR world – Race Directors.

Having spent the past year talking to various race directors in the region, and having being an avid OCR racer in the New England region since 2010 – I’ve seen lots of different things come, go, stick around and change.

Some worked. Some didn’t.

I plan on covering everything from marketing tactics, to the race itself – and some of it will be difficult to hear, some of it will be useful information. I would love to see feedback, conversation – even constructive debate from both the racers themselves *and* the race directors.

This weekend, in the New England region, there were no fewer than *six* obstacle course races.

None of them will get the numbers they should have, because ALL of them were not only in competition with each other, but also with the super distance Spartan Race in New Jersey – the closest one of it’s kind, and a MUST event for anyone on the path to a Spartan Race tri-fecta medal in 2013.

So – that’s six local events *and* the most popular, “must do” race within a days trip of the New England.

Why does this happen? What is the possible explanation for this? We have 52 weekends in a year, why do events end up booking on top of each other like this?

Note – I am not making a comment on the quality of any of these events. Some of them, I wish I could have given my money to and run myself, but due to the scheduling, it’s not possible.

“My venue was only available that date”

So … move venue? There’s plenty of them in the region, I’ve run many of them. The NE Spahten community can surely recommend a few. What would you prefer? A poorly attended race at your first choice of venue, or twice as many people and bump things a week.

No it doesn’t, not really. OCR is a growing sport, and the fan base is enthusiastic and persistent. We’ll run any and every event out there, even if we have to drive two hours to your little 5k beginner event. From the 5k foam fest with it’s inflatable fun, to the 8 hour endurance Polar Bear Challenge in deepest, coldest Vermont. The SAME people ran both in 2013, and are likely signed up again. When you tell us that you’re really only looking to attract women, or first timers, or locals all you’re really saying is you don’t understand what attracts us to the sport.

“My event is the best one, the others are crap”

Yep – I’ve heard this (or polite variations of it). Doesn’t matter. OCR is new, and people will sign up for the ones that looked interesting, or their buddies were going to, or they got a code for, or they signed up for first. If you’ve double booked yourself, you’re shut out already, and have to spend twice the marketing money to get your voice heard.

Of course, the only other likely explanation – and not one that anyone will admit to, is simply “I didn’t know”. Ignorance is bliss, and if you didn’t do your homework, picked the first date you thought was good, or your venue or vendors could make – then you lost out big time.

The information is out there, from national events listings to our own local events listing (https://www.newenglandspahtens.com/events) – there is no reason at all not to know what races are going on locally on any given weekend.

I’m not suggesting for a minute that a double or triple race weekend is the end of the world. Later this year, we’ll be running Ruckus in the AM and Panic in the Dark in the evening – rather than this being a disaster of scheduling, it’s going to be a pretty awesome day. But neither of them are pushing up against the mighty OCR power that is Spartan Race, and neither of them picked a weekend with almost a 1/2 dozen races going on. Pick your battles.

In the case of this weekend, six events lost out, because anyone who could attend, promote and be a participant in their event was in New Jersey.