When Jeff and I heard there was an OCR at Disney, we immediately knew we had to do it!  If you know us, you also know our love for all things Disney trumps our love for all things OCR (and we really really like our OCR life!).  This discovery was made in 2012, with no time to plan and save for the race and, naturally, a mini trip to WDW.  Instead we threw it on our 2013 schedule, and on May 4th (the day everyone develops a bit of a lisp – “May the fourth be with you!”) we took on this fun challenge.

A little background on this race from the runDisney site:

Take a run on the wild side during the Expedition Everest Challenge, a thrill-packed, timed endurance event that combines a 5K adventure run through Disney’s Animal Kingdom® Theme Park with the challenge of a scavenger hunt. Your nighttime adventure starts in base camp where you’ll begin a journey along an obstacle strewn course. Then get set for all the excitement of a scavenger hunt in the spectacular setting of Disney’s Animal Kingdom® Theme Park. Complete the challenge and escape with a special edition Compass finisher medal.

A side note:  There are 2 other events associated with this race, a kids race, and a family edition race.  These took place earlier in the day.  Our race started at 10pm.

If you have the opportunity to do a runDisney event, and do not have the luxury of having family in the area (like Patrick and Lauren), I highly recommend staying on property at one of the event resorts.  Transportation is included which takes away a lot of stress with respect to traffic, parking, and, my favorite, “I’m so exhausted right now the last thing I want to do is drive anywhere.”

Packet Pick-up was the day before the event, Friday, at ESPN Wide World of Sports Complex.  It was our first time there and holy smokes are  the baseball fields amazing!  Anyway, packet pick-up was a little chaotic even though we were among the first to 100-150 to arrive.  There was a small expo and some sort of a race seminar which we skipped out on to head back to the resort and then spend some time in the parks.

Saturday evening, Jeff and I were on the first available bus from our resort to Animal Kingdom, making us among the first runners on location.  There were staged photo areas, themed appropriately for Everest and Yeti fans alike.  We had an MC and a couple of hosts keeping us entertained and helping to count us down.  Around 9:30 we settled into our corral – we were in “B”, and I think it went up to “H.”  At 10pm the “A” corral was released and then every 6 minutes the next corral was set free on the course.

Word on the street is this course wasn’t quite a 5k.  It was mostly pavement running, there was a good long slight incline at one point, and there was an obstacle at just about every mile marker.
Mile 1: Jump over hay bales
Mile 2:  Run through tires
Mile 3: Bear crawl under a net

Scattered throughout the course were Disney characters cheering  you on, and available for photos.  Jeff and I were trying to manage a decent 5k time (for me anyway), so no stopping happened.  I did take notice, but race brain makes it impossible for me to remember which characters were present 🙂

Once the 5k was complete, it was on to a scavenger hunt!

Upon crossing the finish line for the 5k we were given a card with a clue on it.  We had to figure out the answer and then head to the destination at the bottom of the card, at which point we had to give the correct answer to get the next clue.  This was repeated 3 times, and it took us all over the Animal Kingdom.  We crossed paths with runners a number of times, but there was always a volunteer hanging around to tell us which general direction we needed to head if we were a runner or scavenger hunter.  The 5th clue was the last one.  We had to use what we had learned from the first 4 clues and answers to find the answer to this final clue.  We burned a lot of time here, but managed to solve the final puzzle.  We booked it to the finish line and received our really awesome bling! 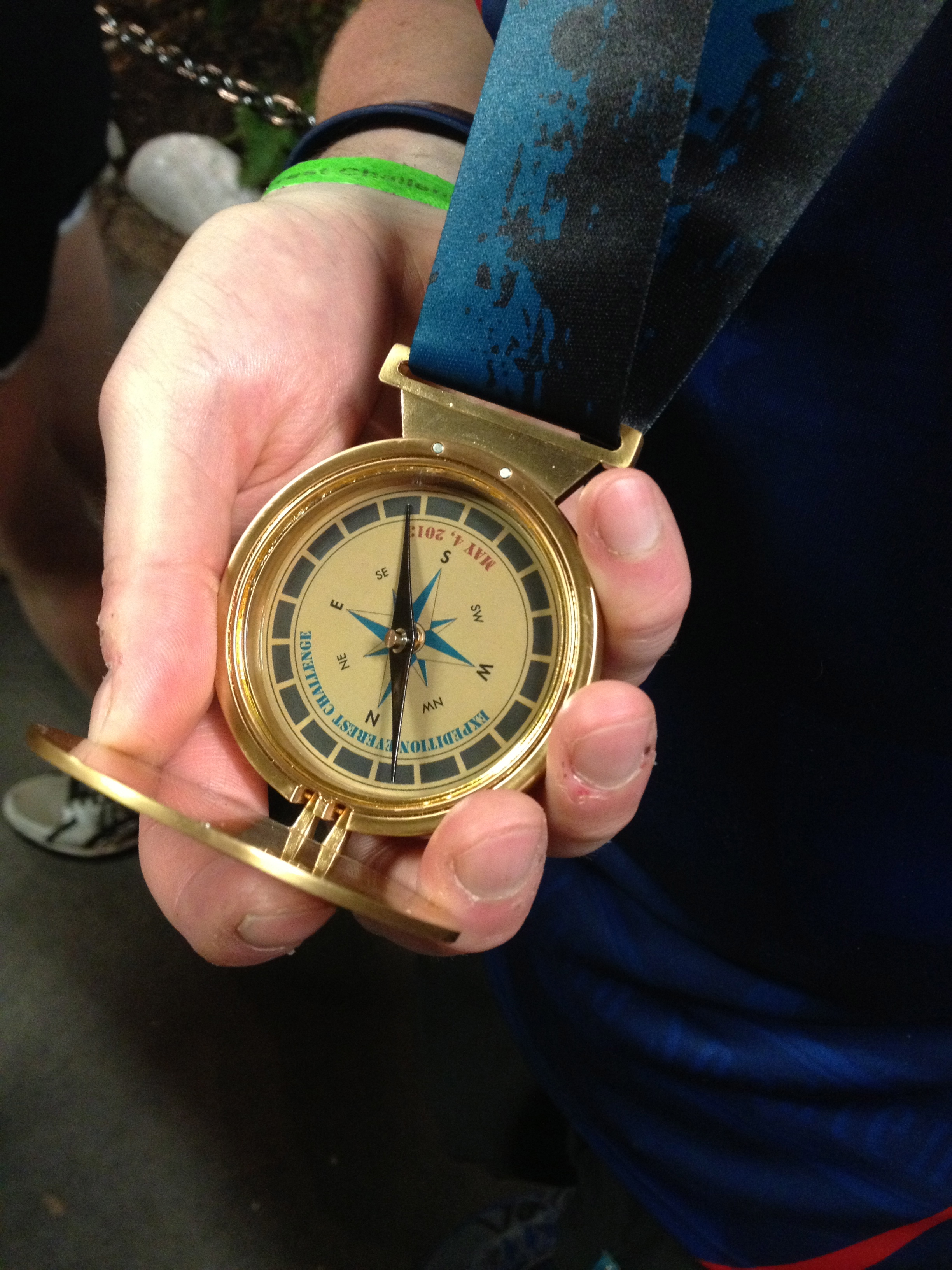 All in all the event was well organized.  There were only a couple times I wasn’t sure what I was supposed to be doing, and at that I was quickly able to figure it out.  The event itself wasn’t overly challenging, except for the part where you have to use your brain at 11pm!

Photography was done by MarathonFoto – affiliated with BrightRoom.  I found the on-course photos to be good, but the photographers all seemed to be staged at places we were running and therefore we don’t have any evidence there were obstacles or that we crossed the finish line.  Not a big deal, but just something to note. 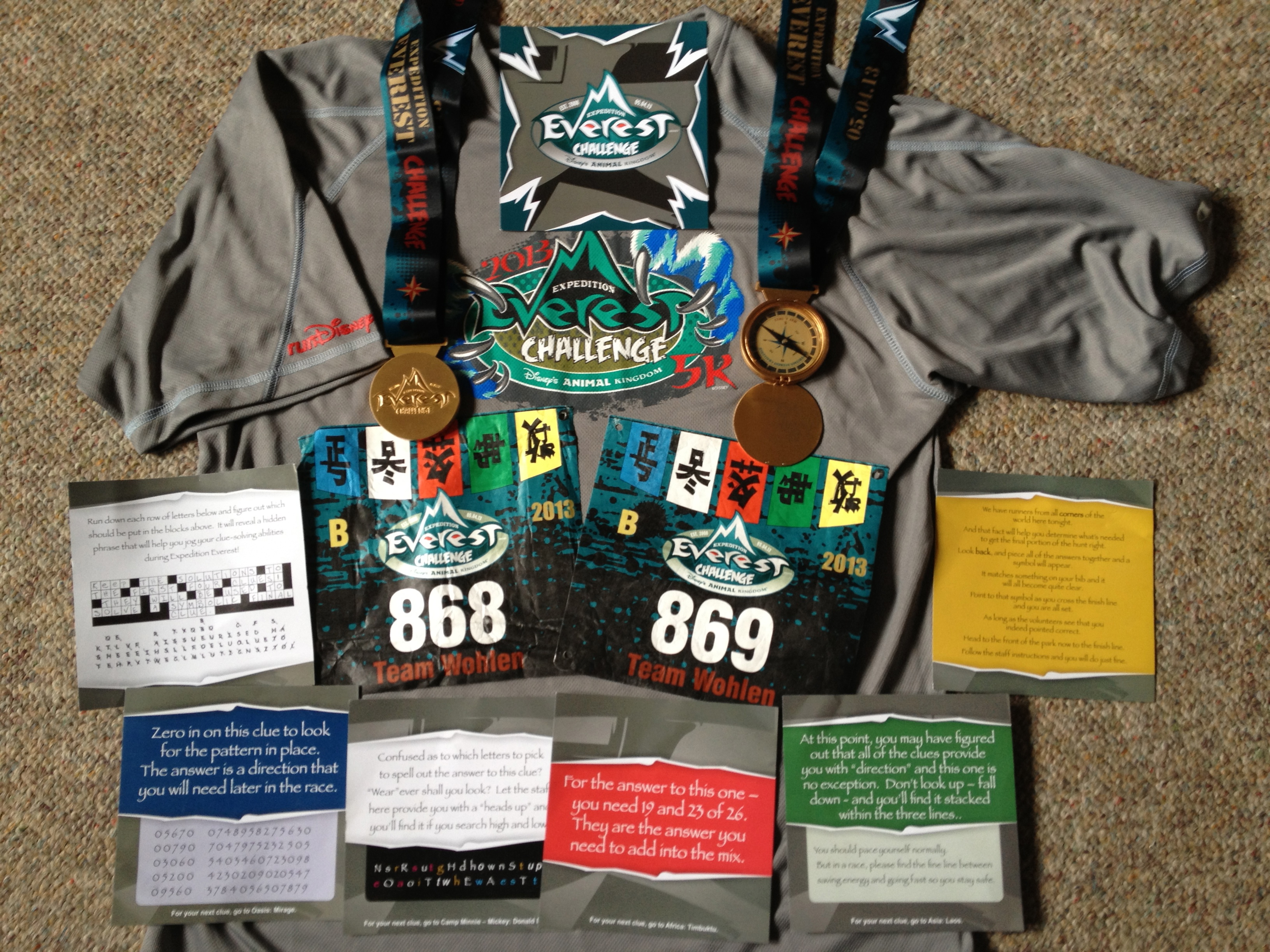