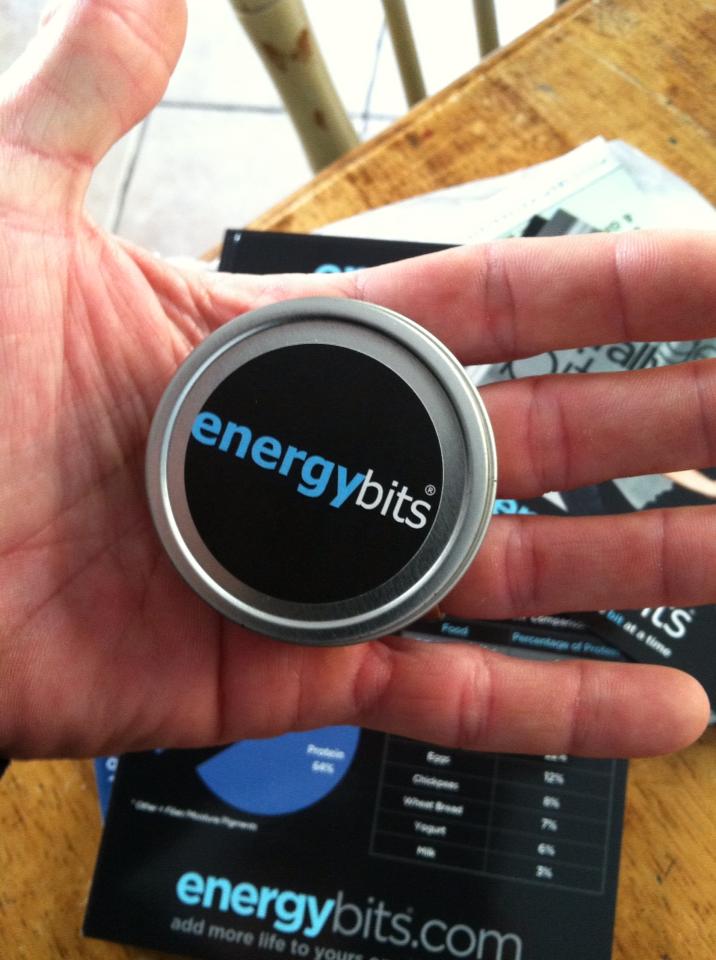 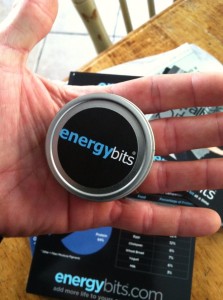 I love the power of social media. I’ve been spending more time on Twitter than I have in the past, and was recently followed by Energy Bits (Twitter).

Energy Bits is new to me, so I dug in to learn some more. The company was founded on the idea to bring a product of health and wellness to the masses. After, as they say on their website, they learned that 97% of chronic illnesses were brought on by certain nutritional deficiencies, they wanted to find something that could make health and wellness easy.

They found algae was the answer they were looking for! Yes, that green nasty stuff that you would not think of as valid source of anything nutritional. Their specific algae choices are spirulina and chlorella.

Turns out that countries all over the globe, especially China, have been benefiting from algae (and seaweed) for years.

From Wikipedia : China consumes more than 70 species, including fat choy, a cyanobacterium considered a vegetable; Japan, over 20 species; Ireland, dulse; Chile, cochayuyo. Laver is used to make “laver bread” in Wales where it is known as bara lawr; in Korea, gim; in Japan, nori and aonori. It is also used along the west coast of North America from California to British Columbia, in Hawaii and by the Māori of New Zealand. Sea lettuce and badderlocks are a salad ingredient in Scotland, Ireland, Greenland and Iceland.

Dried spirulina contains about 60% (51–71%) protein. It is a complete protein containing all essential amino acids, though with reduced amounts of methionine, cysteine and lysine when compared to the proteins of meat, eggs and milk. It is, however, superior to typical plant protein, such as that from legumes.

Chlorella is an attractive potential food source because it is high in protein and other essential nutrients; when dried, it is about 45% protein, 20% fat, 20% carbohydrate, 5% fibre, and 10% minerals and vitamins. Mass-production methods are now being used to cultivate it in large artificial circular ponds. It is also abundant in calories, fat, and vitamins.

After trading some tweets, the person I was speaking with offered to send a sample tin over for me to check out. I received it a few days before the Unleashed OCR Training and figured I would wait until then to give Energy Bits a day in court. So, right before Paul picked me up I popped the recommended amount of bits, 30 of them, and waited. Unlike a pre-workout supplement, there was no “pull me back and watch me go” sensation, but as I started to move about my body felt like ti could sustain the beating it was about to receive.

There were no jitters, there was no crash. I felt like I was just able to keep going. Not like the Energizer Bunny “going and going and going and going…” but a calm and sustained feeling. There were times when I wanted to give up, and I’m attributing this more to sheer will,  but I like to think Energy Bits did help me when I felt like I hit a wall. Ok, I didn’t really hit a wall, I climbed over the darned thing, but that’s besides the point. The key points to me are that it was a clean energy. I didn’t feel bloated afterward, didn’t get gassy (which is always a good thing).

I also used some Energy Bits on a work shift. My job is pretty strenuous, I know that may sound unbelievable as I am a cable guy, but I easily walk a few miles during a shift, climb my ladder (which is 28 feet tall when fully extended) a few times, carry the thing around (it weighs in at 85lbs). Needless to say, I do more than just plug your cable box in or make your internet work. I did not take the recommended 30 bits, but rather broke them up into 3 “doses” throughout the day, which is a ten hour work day. I felt good, again, no crash and no jitters. At the end of the shift I was still full of energy and was not burnt out.

After being impressed with Energy Bits I made a post about them via Facebook and got into an conversation with a friend. She pointed out just how expensive a bag of bits are, they are $115! She mentioned how she could get a half pound of spirulina at a fraction of the cost. So, I e-mailed my contact at Energy Bits and asked him about the price disparity…

In regards to the price – you can find cheaper spirulina, but you risk contamination (due to quality issues with the water in Japan and standards in Chinese production) and the need to take even more. We had someone recently compare our spirulina with cheaper, store bought options (check it out here: http://bit.ly/12LRRTW). The reason ours costs a bit more is due to quality – we have the highest quality control standards and the spirulina is the best of the best. In virtually all cases, these other companies are mass distributors who sell hundreds of products at very low prices. They rely on volume not quality for profits and in almost all cases, they have used inferior strains of algae, inferior growing or production methods, inferior faster drying techniques (that destroy the enzymes and the nutrition) and inferior packaging methods etc.

In a nutshell, you get what you pay.  It will be impossible for the quality of these low price algae to meet the high standards and high quality as ours. As a result you may need to take 4-5 times as much to get the same concentration nutrition that is found in ours. Plus you always run the risk of contaminants being in low quality algae unlike ours which is guaranteed pure. We hold ourselves to be the gold standard. Algae is ALL we do. We are specialists. You always get the best from a specialist. We think people’s health is worth it.

Does this mean I am going to run out and spend that kind of money today? Maybe not. But, if I do have an extra stack of cash laying around at some point and am willing to make a worthy and healthful investement, it will be in some Energy Bits!

ps. Did I mention they are located in Boston? Yeah, reppin’ it New England style!! haha