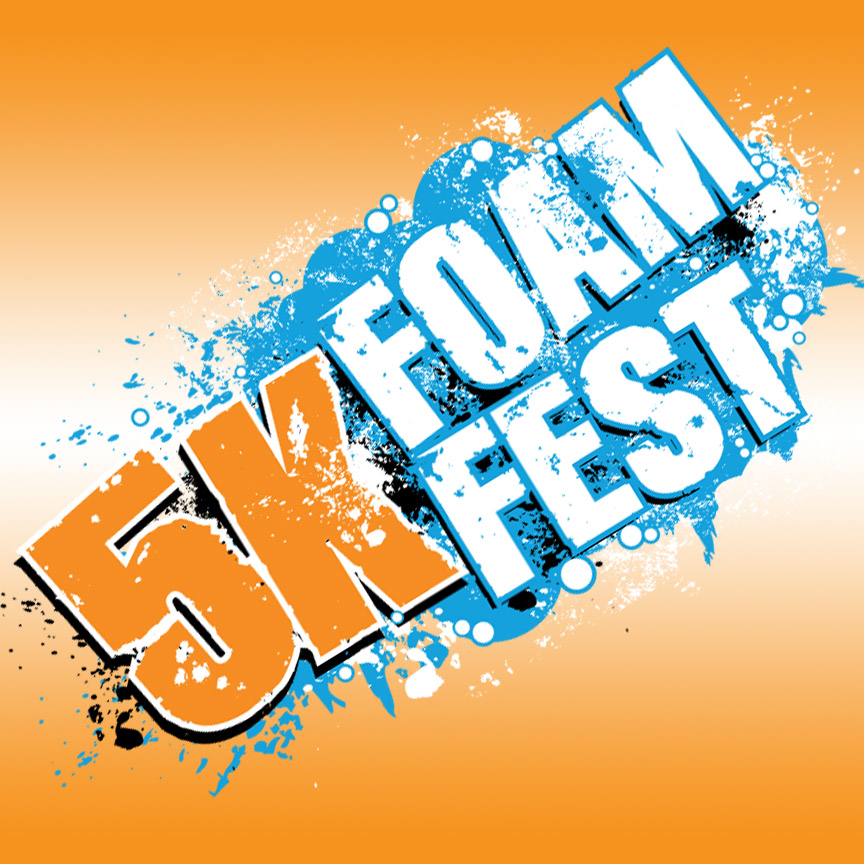 Our second Featured Review for Foam Fest from Paul Howes – remember, you can submit your own community reviews here, and read other reviews for this race here! 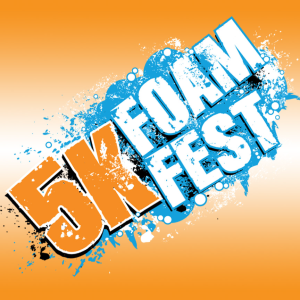 This weekend I had a blast running the 5k Foam Fest with my fellow NE Spahtens! I was asked to write the team’s official review, so here we go…

Pre-race communications were excellent. For several weeks before the race we received about one email per week with reminders, printable waivers, and so forth. They made it very clear that the race was not timed, and that wave jumping was not permitted. There was even a “virtual swag bag” with coupon codes for some local businesses–a nice touch

Kimball Farm is just off of I-495 in Haverhill, about a mile from the Whittier Technical High School. There were plenty of signs on the route from the interstate to the venue. An officer was directing traffic into the parking area. Parking was $10, which appears to be the standard among all the races these days. Kimball Farm has a large grassy field that they use for parking. It works well and wasn’t too muddy in spite of all the rain we’ve had lately.

Upon walking into the vendor area, I noticed that there were at least 30 porta-potties with more in the Field where we parked. There was also a place to hose down after the race. I believe they were pumping water directly from the Merrimack River for this. Everything was well marked. One table had waivers available for those who forgot to print them at home. The registration table was grouped by last name. The people running the table also wrote your wave time on your bib to deter wave jumping. The bag check was right behind registration. I didn’t need to check anything, so I cannot comment on it.

We had the largest team, which came with a few nice perks, starting with a tent and picnic table to ourselves. Several of us sat around chatting until the 9AM wave was called to the starting pen. The MC did a good job of pumping us up and had people doing silly games while they waited. The wave started on time and we were off!

You’ll have to forgive me for not being ale to remember all of the obstacles or what order they were in. There were couple of walls to climb, first a four foot and then an eight foot. After that were several inflatable slip-and-slides and bouncy house things to go through. Each one was manned by someone hosing them down with more water and foam, keeping everything nice and slick. I rolled out of one of the bouncy houses on my back into a pool of mud and the volunteer yelled, “best dismount I’ve seen yet!”

After a few of these was a water crossing. They suspended some foam mats on the surface of a pond about twenty feet across. The idea was to run over the mats wight falling in. I felt like I was competing in Wipeout on TV! Immediately after that was a twelve foot high steel structure with a cargo net over it to climb. There was a surprisingly long line here. I got the impression that a lot of the people had trouble going over it because they were first-time OCR runners. No shame in that! I just wish they had two of these structures.

A few more inflatable foam filled obstacles led to a mud pit with string over it. The volunteer was warning us that there was electricity running through the lines and that we might get shocked. I stayed low and got through unscathed, but I did hear several people yelp as they were hit by a shock.

The final obstacle was their signature “Death Drop”. Do you remember the inflatable Mt. Ruckmore at Ruckus last month? The one that was a mere shadow of its former glory? Yeah, so do I. Well, the Death Drop was MUCH better! About twice the hight at thirty feet tall, and the slide was nearly straight down, with a long runout and a pool at the end. AWESOME! I wanted to go back and do it a few more times, but the line was growing.

One more slip-and-slide and then the finish line. They handed out bananas, medals, and t-shirts for everyone. I love getting all the swag at the end of the race so that I don’t have to stash it at the bag check. All of the races should do it this way!

It was at this point that I discovered the final perk of having the biggest team: one free item from the merch tent. Since I already had a t-shirt, I decided to take a beer mug.

I only have two real complaints about the event. The first is lines. A second cargo net climb would have eased the congestion. Although there were three death drops running, you had to wait for the person ahead of you to get to the top before starting the climb. This was obviously for safety reasons and necessary, but it was a bottleneck. Second was the length of the race. It was billed as being a 5k, but in reality it was around 3.6k (2.2 miles) the farm definitely has enough room to get that extra mile in.

The death drops suffered punctures shortly after my wave. Apparently one runner was wearing cleats and another had a loose key. The unfortunate side-effect of using inflatables!

It was a fun event! I met the woman running it and had a very pleasant chat with her. Everyone I encountered had a smile on their face and was happy to help. I would definitely do it again.