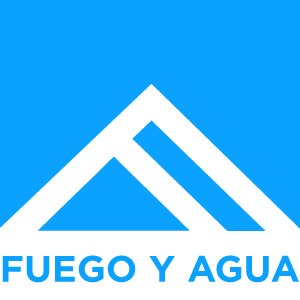 Paul Battaglia recently headed to Nicaragua for the 50k ultra – I had to get his story, its amazing.

Take it away, Paul!

4AM came quickly. Several hundred runners gathered at the starting point. 100ker’s, 50ker’s and a select few chosen to participate in the first ever “Survival Run.” Water?-check.., Nutrition?-check.., Headlamp?-check…

Everybody was ready including the Survival Runners (SR’s) who now each held a chicken. That’s right a chicken, a live chicken; with feathers and everything. Their mission; carry the chicken for the first 5 miles or so. Drop and lose the chicken and you’re out of the race.

Welcome to Isla De Ometepe, Nicaragua, home of the 4th hosting of Fuego Y Agua, a race series of ultra-marathons including a 25K, 50K, 100K and the all extreme Survival Run- a 70K with maddening obstacles. “Toto, I’ve got a feeling we’re not in Kansas anymore…”

Orchestrated and designed by ultra-runner and Philanthropist Josue Stephens, Fuego Y Agua captures the heart and challenges the spirit with not one, but two enormous volcanos; the active Concepcion` – dry, arid and perfectly conical, and the dormant Maderas – dank, misty and spectacularly riddled by lush jungle.

At first I had registered for the 25K as I cannot state with conviction that I am a well versed runner. But that soon changed when I reminded myself that I would turn 50 years old in March. And so why not step it up? I’ll do a 50K for 50 years. What a fantastic theme!

I did the best I could to train. Trail runs, the gym, jogs to my sister’s house 11 miles away. All in the snowy cold weather of greater Boston. Did I ever question whether I could handle a 50K? That’s 31+ miles after all and the most I had ever gone was the Boston Half Marathon in 2007. I did question it. But I looked at it in the sense that; I’m not going to compete, I’m going to complete. My finish time wouldn’t matter, only that I finished would matter. This is the stuff that determination and hard work are made of.

10 seconds were counted off in unison by most of the runners and we were off. Headlamps bobbed in the darkness with each stride as the congested group moved onward. Whistles of enthusiasm and cheers of inspiration sounded off until all you heard was the patter of sneaker to pavement. Less than a 1/4 mile later we all veered left onto a dusty volcanic ash and sand laden trail canopied by brush and growth on both sides as if in a natural tunnel. It was pitch black and as the group spread out each finding their stride, we would need to pay keen attention to the blue blazes that marked the route. I soon found myself ponied alongside Survival Runner Hector Puente. Hector held his chicken aptly named Suzy (after his daughter) close to his heart to keep the bird calm. You see, if you run too fast with a live chicken, they get spooked and you risk losing it. Slow and steady was the proven solution for the SR’s for now. As for myself, it didn’t make sense for me to burst along. I had to maintain a comfortable and modest pace if I were to complete this challenge and it would be 18 miles before I reached the base of Volcan` Madera’s.

Perhaps 2 miles along the ashy trail, Hector and I reached an intersection. The headlamps had shone on the flying dust that had been churned up into the air by runners ahead of us. The sooty taste was evident. We both stopped to realize there was no indicator to go straight or turn left. These were the only options. The wrong way would no doubt spell trouble. We each scanned the area in search of a blue ribbon and there up high, dangling from a branch, was a marker. We would turn left. Behind us were lights shining in the distance. We moved on thinking that we are not responsible if anybody missed the trail. This was a race after all. A bit over 3 miles more and we were on pavement. Hector had to stop to return his chicken and I pressed on to what would be the first of 4 aid stations along the way.

I refueled, stretched and went on my way as the sun was now beginning to rise- so far, so good.

It was about 8.3 miles between the first and second aid stations and along the way I journeyed briefly with Hector who was now bound at the wrists with military style zip-tie handcuffs. I was also soon next to handcuffed Margaret Schlacter of “Dirt in Your Skirt” popularity. “Keep up the good dirt.” I chuckled to her.

A long stretch of beach would provide an overwhelming view of my destination. Volcan` Madera’s, colossal and majestic stood waiting for me -her peak masqueraded by cloud cover. What a moment of breathtaking glory. I stayed along the shore negotiating the firmer sand beneath my feet and ventured on. Ahead, I could see what initially appeared to be swimmers. But as I gained ground, I saw that it was an assemblage of SR’s, each in the water to at least above their knees; each with a 70lb chunk of log in tow. This could not have been fun. As I passed, I did a double take to notice the elite Jungyong Pak –premiere athlete and 2 time World’s Toughest Mudder Champion. Imagine that, lil’ old me was passing Pak! I briefly fantasized about creating a website: www.ipassedpak.com . Maybe I could sell shirts…

Volcanoes are a bitch. My plan was to reach the 18 mile mark by 6 hours. I ran through sand, stone trails, banana plantations, peaks and slopes, paved roads and grass and made my goal in 5.5 hours! Great! That gives me 6 hours to ascend and descend Madera’s! I just may finish within the allotted 12 hour cutoff after all!

Not so fast dummy…

It took me nearly 4.5 hours to climb Madera’s. Scouring over volcanic boulders in temperatures now well into the 90’s took me to a clearing at the foothills. I was wearing thin and by the time I made it into the gateway of the jungle, I was feeling a bit nauseous and began to question if I could make it. I reached a viewing point complete with benches. I removed my pack, gobbled a Stinger gel, munched down a Cliff Bar and drank some water. I rested, marveling at the view of Concepcion` on the opposite side of the island. I thought of my wife and daughter, my family and friends, co-workers and my team of New England Spahtens back home wishing that any one of them were with me now. I was dizzy and achy. Could I do this? I took a moment to chant, thanking the Guardians of the Law for taking me this far safely. The scaling had only begun. The nutrition kicked in and I chugged forward. Steep narrow paths of stone and mud, laced with monstrous tree roots seemed never ending. Out of nowhere I heard a voice in broken English: “Escuse me Amigo.”  Johnson Cruz, the island native and would be winner of the Survival Run, passed me like a Mountain Ibex  -his long legs catapulting him up the steep slope as if he were on an escalator. “How far to the top?” I asked, as he began to disappear. “For you?” he smiled warmly, “one hour and a half…” and he was gone. I paused. Deflated, but not defeated. I didn’t come this far to be beaten by King Kong’s lair. Up and up I pushed when soon another voice spoke from behind; “Has anybody passed you?” it was Pak barreling up past me clutching two makeshift tree branch trekking poles. “Yes” I said, “The native, about a half hour ago.” “Are you kidding me?” Pak asked. “No, I’m not. Go get’em.” And Pak was gone.

I briefly fantasized about creating a website: www.pakpassedmecom . Maybe I could sell shirts…

The cutoff for the aid station atop Madera’s was 2pm. I had been out of water now for the better part of an hour. Parched, hoarse and a bit wobbly, I needed to reach the top. But with each plateau I was faced with yet another steep and dangerous slope. Soon I felt close. I began to yell ahead hoping I’d get a response from an aid volunteer. Nothing. My watch showed 1:48pm. Damn! I have to get water or I’m screwed. Closer, 1:54pm “Hello…!” Nothing.  At 1:57pm, I yelled once more as I could now see the lagoon that made up the crater through the trees. “Yeah, we’re here.” I heard. I shifted into high gear. I reached the aid station and showed my watch to one of the attendant’s 1:59pm on the nose! I had new life! I felt invincible! I was at the top of this beautiful, beautiful mother-chunk of earth! “Am I last?” I asked. “According to the manifest there are 6 more behind you.” I was told. I filled my Coleman water pack bladder to the max and filled myself up with cool, quenching water. I munched on Oreo’s, Ritz Crackers and a swath of creamy peanut butter on bread. This was Sunday Brunch at the Copley Plaza Hotel! Aching all over, I took a couple of Advil. A brief moment made me consider camping out for the night and going down in the morning. Nothing doing! It was almost 2:30pm now and I wanted to finish. I surrendered the thought of completing by 4pm that was simply not going to happen and hoped that regardless, as long as I finished I would be draped with a medal.

The descent began with an ascent as I had to climb out of the crater to cascade over the top and down. Welcome to the “Jungle Gym” as it’s known. Thick, sopping, shin-high soft mucking paths of mud while weaving through dense, giant curly-Q’s of tree roots and vines. I squeezed my toes tightly and pointed my feet upward with every step from the mud so that I wouldn’t have my Merrill Moab trail shoes pulled off from vacuum suction. (You all know what I’m talking about don’t you…) Alive again, I felt just as I did at the start of the race. With a newly found youth and a much needed second wind I pressed on. The vines, the roots, the climbing over and under fallen trees went on and on. It became tricky to spot the blue blazes, but with every inch I peered ahead to spot the next. To the left was a long, sloping embankment and to the right the same. One wrong move could certainly be fateful. By 4:30pm I told myself I’d shoot for 5:30. It soon leveled off and through the trees I could see sunlight begin to fade. Would I need my headlamp again? I stopped at a comfort spot, kicked off my Merrill’s, slipped new socks onto my now pruned feet, strapped on my Princeton headlamp (kept off) and darted on. I was close to the end now! I broke through brush and onto soft, lush, grassy terrain and I was out! “The hills were alive with the sound of music!”  It was about 5:40pm. I turned to face Madera’s and silently honored her with a quick prayer. Would I make it to the Monkey Island Hotel finish by 6pm? No, but as I entered the foyer of the finish and painfully trotted my way down to the finish, I was greeted with enormous hollers of cheer and bravado. I made it! It was 6:07pm and I never had to use the headlamp. Hugs and high-fives were followed by a tap on the shoulder from behind. Gabi Stephens, sister of Josue draped a medal around my neck and congratulated me.

2 thoughts on “Featured Review: 50K for 50 Years: My experience in Nicaragua as a first time ultra-runner”