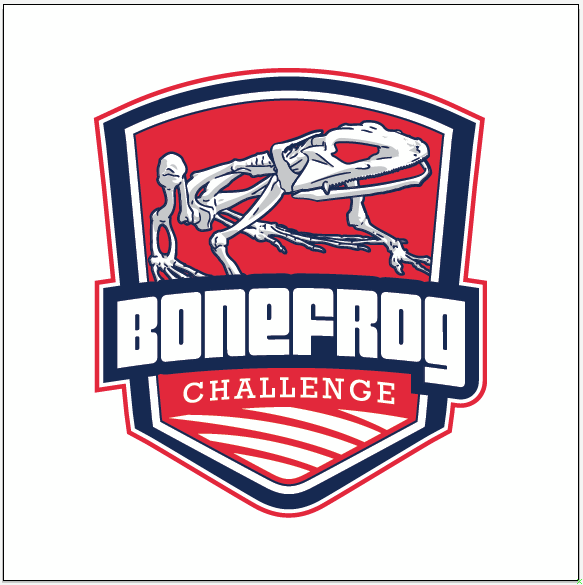 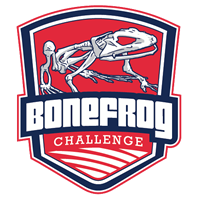 The BoneFrog was held for the first time this year as one of the new entrants into the OCR market. I hope that they stick around as they did most of it right and made it an event that I would suggest people make an effort to attend. We had a good team of NE Spahtens turn out for this event including a couple of new members 9 in total plus some as part of the reload fitness team as they were sponsoring. Adriane took photographer and could be spotted all around the course so it was suck in and smile as you never knew where she would pop up.

The timing for a 9+ mile/36 OCR may have put many off with the Beast/Ultra Beast coming up and admit I was wondering a few months ago before my training went into a reverse gear. I really needed this and glad I did it for many reasons including the first reason I signed up. It is owned, designed, volunteered and run by real Navy Seals. The course challenged and was designed for spectators and catered to any participant that got in trouble (all trails had bike access), the obstacles were solid and I mean solid, diversity in the terrain, elevation changes and placement of obstacles was well planned out. Being a Navy based OCR there were many rope based exercises and hence the need for gloves; there was water, it was cold and hence the other reference (although Dawn did create one of the most commented FB shares in NES history related to this).

The event was held in the Berkshires at Mt Thunder Rd (Interesting was that the mud was more glacial in nature). Parking was free at the base camp so no need for a bag check. You could leave your keys at a service desk if required. The ski lodge being the main facility provided all needed facilities including food, shelter and bathrooms with more outside. A shower area was outside but thanks to advice I was able to use the warm water inside. Check in was simple and easy where you were provided 2 timing tags ~ one for shoe and one bib. It also included your T-shirt upfront, nice and thick cotton print plus a few freebies like a massage and a car freshener for your car or bag.

I know that they had to pull back on some of the areas around the products and what they were able to include as they did not get the number of contestants that were really required to push this event to the next level. That being said they never skimped on the core obstacles (there were a few tire runs thrown in), the support crew and even listened to the social communities and added medals that were handed out by original Navy Seals from different periods and were welcome to talk to. If they had got 3-5K people I do think that they would have had issues scaling wide enough to cater but as we got in first we got it good.

The BONEFROG race: It started with the US Marine Rifle creed: http://www.youtube.com/watch?v=2G551KpNnA0 and we were off for the 9+ miles all around the mountain in a clover leaf type fashion covering the mountain. There were 36 Obstacles over the 9.2 miles all made solid. Each obstacle had a different penalty although they were not overly enforced. Here are some highlights from a perspective have done a few of these now:

• The rotating tires on the pole was deceptively hard

• Rope climb and Repels into the Solar field (This was my favorite part of the day, very scifi)

• Navy Seal confidence climb with traverse was for real

• Make the barbed wire harder and the fire bigger

At the end, this event earned a Haka as it provided me the challenge I needed. If I was to give this an OCR star rating it would get a 4 stars for the following. Basics were well catered for, terrain use was well planned and good mix of elevation (lose some for not doing one on the coast being Navy, hope to see next year), spectator friendly, not over crowded but needs more to give me confidence that it will continue, obstacles were very well constructed but would have backup issues if a few thousand more attended, safety and response was paramount even down to the forest trail runs, they had saved some funds on the medals but had bling and real Navy seals handing them out, the beer offered was good local beers, ablutions and water/GU stops matched the crowds. They did not separate out the results from the Elites and the Open with the problem being that they are controlled differently and have did not have consistent rules. I was a little disappointed with the pricing of the swag but it was explained that this could not be discounted due to the numbers and the priority being put into the course for the racers. I would say this course was similar to the NJ Super and good for those wanting to make a change from the short course OCR’s.

Afterwards I was able to talk to Brian and he was open to talk about the good and the bad. He did expect to get more people and put all he had into making sure that this event still took place with high class obstacles. He explained that he had to drive costs out in some areas such as the lifts for spectators and the clothing but that is understandable. When asked if he will be here next year when the NE Spahtens show up in force as the biggest team will we be looked after, his answer was “100% will he be here and of course we will be if we are the biggest team”.