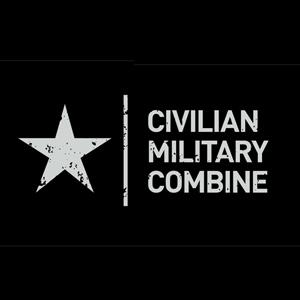 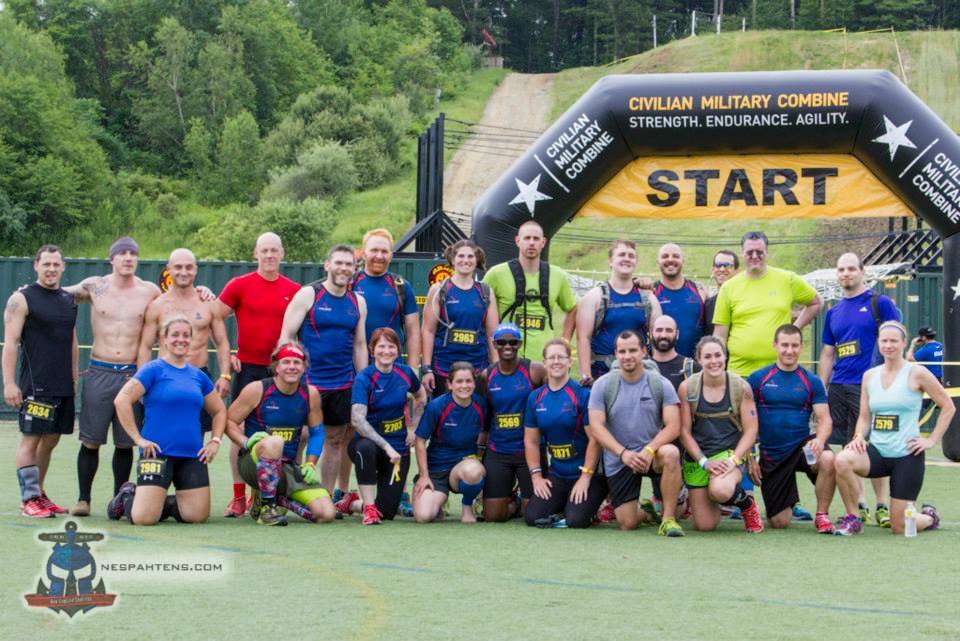 I have been a fan of CMC ever since discovering it last year via a flyer at our local box. It looked so  scary and exciting combining Crossfit and OCR. I wanted to try it last year but was unable to go. So imagine my excitement when I found out they were able to secure Amesbury Sports Park for their inaugural New England Mountain Assault. I knew nothing was going to stop me from attending. So did this race live up to my expectations?

This has become more important lately to many people. They did not disappoint. They sent out an email with your bib number, wave time, pre-race info, waiver and parking info. They even sent followup emails reiterating race day info and clarifying the parking situation to ensure that people had all the information they needed.

Parking was at the Seabrook Greyhound/Casino. The lot was divided up into race traffic and casino traffic. It was a bit tricky to find as the GPS didn’t really know exactly where it was, but once there, it was very easy to park. Parking was $10, which seems to be the standard now. Spaces were plentiful and bonus, they had porti-potties there for those who came a fair distance, meaning you didn’t have to wait until you got to the venue. They certainly got bonus points for that one. The busses seemed plentiful and smooth to get to the venue, but we caught a ride with a friend who graciously dropped us off at the venue.

Registration was a breeze. They had it broken up by last name, and when we arrived there were no lines. We got our bib, timing chip, and beer ticket there. We got the schwag at the end. They did have extra waivers for anyone that didn’t print it out, but most people had their waivers ready. I can also attest to the ease of same day registration as one of our team came up that day to race. They were very quick to not only register him but actually get him into the team heat.

Bag check again was easy and quick. Bag Check was $5, but it gave you a $5 credit to the merchandise tent so if you took advantage, bag check was essentially free. I really enjoy when races do this. In my mind it’s a win/win for me, and I’m more likely to spend money at the merchandise tent with that voucher than I am without it.

They had a great set up for the PIT. They had roughly 40 or so stations set up. They were uni-sex set up, meaning they had plates to add onto the bar for the men, and the two kettle bells, one at the prescribed men’s weight, the other at the prescribed women’s weight. They had wooden platforms to do the push presses and kettle bell swings. I need to take this moment to give a HUGE shout out to the PIT judges. CMC partnered with Crossfit Full Potential in Newburyport, and they all gave up their Saturday to come and judge for us. They were awesome!! The judges I saw were cheering on the competitors and seemed to want everyone to get every last rep. The workout was a 7 minute AMRAP (As Many Reps (Rounds) As Possible) of 7 Burpee box overs, 7 Kettlebell swings (44lbs for men/26lbs for women), and 7 push presses (75lbs for men/45lbs for women).

After you finished the PIT, they had water for you, and you lined up in the starting chute for the race. You were given 2 minutes to recover, then you were off.

In a word – WOW!!  They really made use of the terrain there, far more than I’ve previously seen. We started the race going up the tubing slope (yes, most of us were still recovering from the PIT, and felt like we were miles into the race when we hit this first incline). There was a wall obstacle about half way up the tubing slope. This was only a 5 foot wall but it was made challenging by being on an incline. At the top there was a Ladder Wall. These are ladders with wide spaced rungs so are definitely challenging. One of the main plusses CMC did here was they *made* their own trails, so you were dodging natural obstacles like tree branches and rocks. These were really narrow single track paths they created so it was tricky to allow faster runners to get by but I never saw a bottleneck on the course nor at the obstacles. 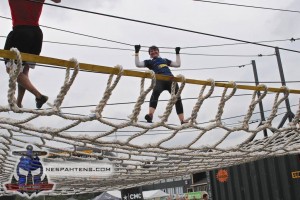 You came back down and did the double bucket carry obstacle around a fence. This was not really a hard obstacle – weights were easily manageable.  Over another wall ladder, then came one of my favorite obstacles. An inclined wall ladder climb up the side of a cargo container to go across some ranger ropes to another cargo container then down a swinging fireman’s pole. This was seriously fun and I would’ve happily done this one a couple times.  Then more running, more 5 foot walls, then on to another crowd favorite – a water slide. They did a great job on this obstacle. CMC dug a trench, filled it with hay (so no rocks!!) and took you down to a pit of water. You then climbed over a dirt hill into a deep pit of water that was filled with hay. That made the walk across the water pit quite difficult, as the hay was extremely waterlogged and heavy. This was a really neat touch that made me think “Why has no one done this before?”

Another dirt hill climb, more running then to a low crawl. This was a bit tricky as it was pretty easy to pop out the side of the netting. It seemed part of the challenge was staying under the net in the obstacle. At the end of this crawl was the Mud Pit from Hell. DEEP, sticky mud that you sank into – at one point I sank hip deep and literally was stuck. Some kind team members pushed and pulled me out, and I managed to keep my shoes in the process. 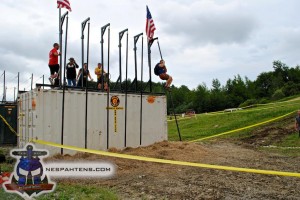 Lots more trail running, made entertaining by all the rain we’ve had in the days up to the race, followed by another low crawl then a surprising obstacle in the form of a massive boulder to climb over. This was a really cool use of the natural terrain, and I salute CMC for using the boulder and not having us simply run around it.

More running, more walls then finally down the tubing slope to come in to the final obstacles – some 5 foot walls, a wall ladder, and a signature obstacle of the swinging ladders. These narrow ladders were on a pivot point – the ladders tipped as you climbed up them and then tipped the other way as you came back down. They were securely bungeed so there was no risk of the ladders tipping too far and dumping people off. Finally an unusual cargo net crawl. The cargo nets were strung about a foot and a half or so horizontally. The bottom net was strung loosely so it made it very tricky to roll or climb to cross. There was a support to navigate half way through then another net to cross to get to the finish line.

One note here – all of their obstacles were well built. Walls, ladder walls, and the swinging ladder walls were all made of steel and felt secure when you climbed on them. Big props to CMC for construction.

Another note – the course volunteers were awesome! Very friendly and encouraging.

Water stations were plentiful and were reasonably well stocked with cups and water, or had someone that was stocking as needed.

As usual you got a t-shirt, and you also received custom dog tags and a silicone finishers wristband. The t-shirt was a nice one, and the dog tags had the date and a great quote on them.  I wish they had the drawstring bags they had at other events, but overall nice schwag. 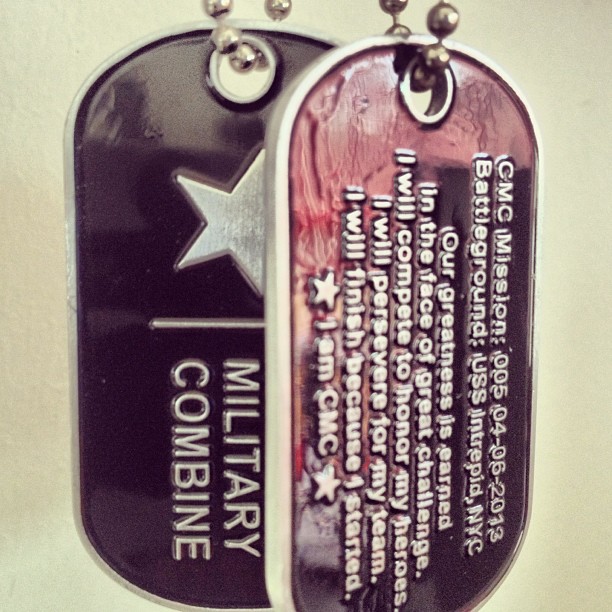 They had a few vendors there, and hopefully next year can get even more. While small, CMC really tried to have a decent after party. They had decent beer for those who drink beer (Sam Seasonal). The venue has an interesting system for food and drink. You bought tickets – each food item/drink item required a certain amount of tickets. This meant you only had to have cash to get the tickets and the food vendors didn’t have to try to deal with cash transactions. This seemed to keep things flowing pretty well. I do wish they had some healthier food choices (something for us in the Paleo crowd) and not just burgers and pizza. So a tip for next year CMC – invite B. Good, Steve’s PaleoKits, or have some allergy friendly options there for the allergy crowd. 🙂

The timing system was great and you could see your scores right away. This was a really nice touch and if there was any questions or concerns, you could easily talk to the timing folks who were right there accessible.

The only minor issue I saw with the after party was the changing tents. They were quite a distance from the finish line and you had to cross a bit of the course to get there. The spray off area was nice, however, the tents weren’t labeled as men and women. While it doesn’t seem like much it would’ve helped avoid confusion.

Overall, I thoroughly enjoyed this event. It was well run, well organized and to date, one of my favorite events. I will definitely have this one on my race calendar for next year and am looking at doing more of their events this year.