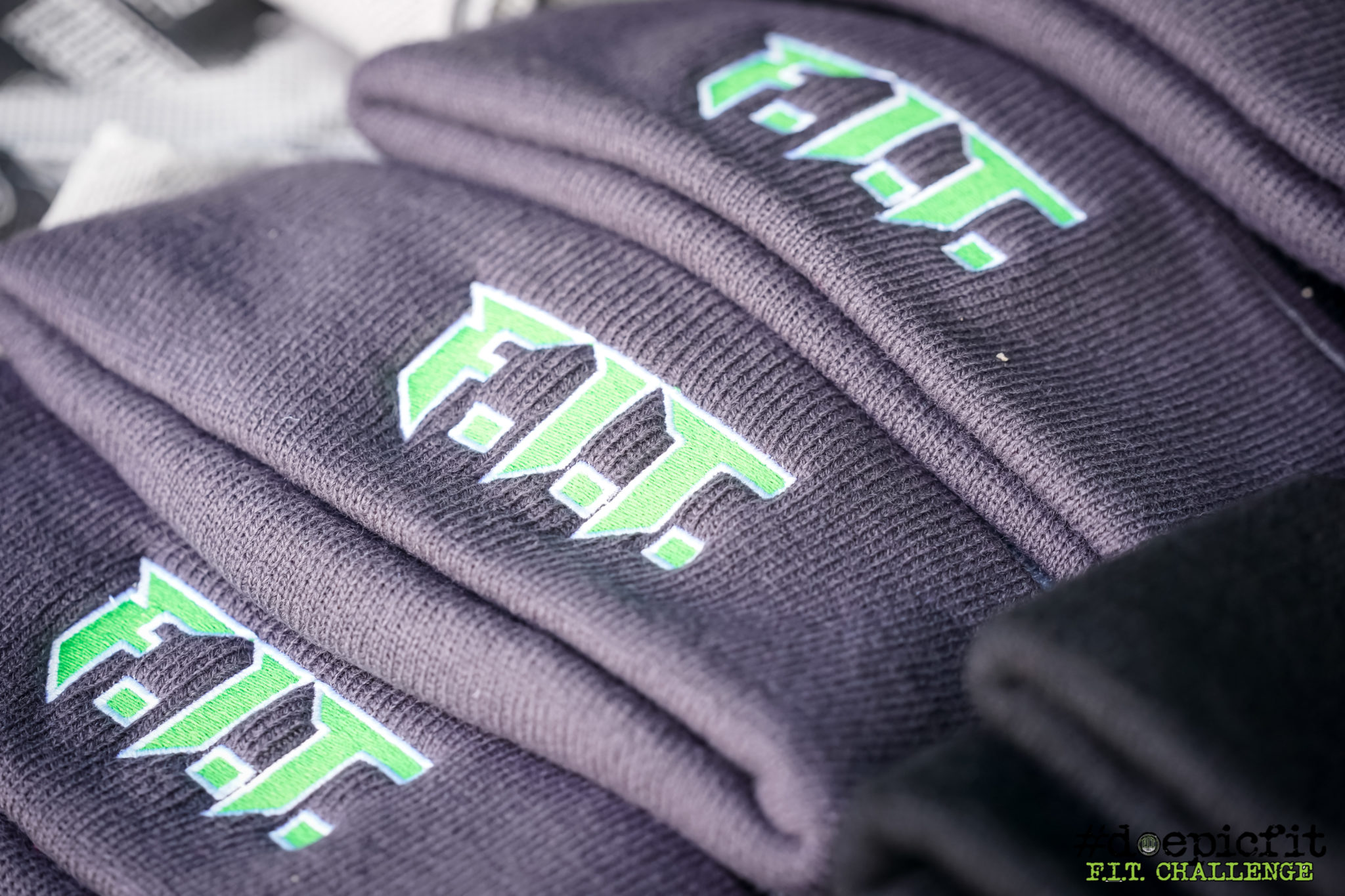 November 17, 2018, F.I.T. Challenge hosted their eleventh event at their regular venue, Diamond Hill in Cumberland, Rhode Island. F.I.T. Challenge is always a popular event with me. The (slightly over) 5K course is absolutely the right blend of challenge and do-ability and makes this race both an accomplishment and good fun.

F.I.T. Challenge also offers a lot of options for racers who really want to push themselves. In addition to the standard open waves, where racers do one lap, F.I.T. Challenge offers an elite wave with mandatory obstacle completion, a multi-lap variant where racers can do as many laps as they want in five hours, and an ultra option where racers push to complete eight laps for a coveted buckle.

I arrived in Cumberland a little bit ahead of my 9:15 a.m. wave start, paid $10 for parking, and walked over to registration. Parking is on-site and so close to the starting line that you can see it. Registration took a matter of a minute or two, and the next thing I knew, I was dropping my bag in the multi-lap area. I had decided, after many years of doing one lap, that I wanted to try my hand at multi-lapping this year. That being said, by November I was easing into my off season and intentionally hadn’t been doing a ton of mileage. For this reason, multi-laps for me meant two laps. That was my goal, and I stuck to it.

At start time, I headed over to the line with fellow NE Spahten friend, Bobby, who was also running the 9:15 a.m. multi-laps. It was fun to have a buddy, and, in fact, F.I.T. Challenge is a great race for this — I saw many NES friends at the race today and have seen many at past event. There were some brief announcements at the start line and then we were off.

One of the challenges of this fall’s F.I.T. was the weather. The Northeast had received about six to eight inches of snow two days before the race, meaning that while temperatures in Cumberland on race-day were in the upper-30s and 40s, the course was a mess. The first waves of the day trundled through snow; the later waves wadded through mud, as racers traversed 1,000 feet of elevation along technical trails. 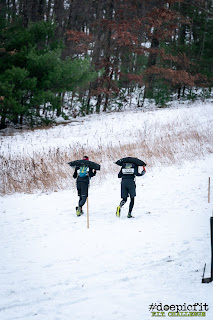 The course layout was fairly similar to what I had experienced the last time I was at Diamond Hill the previous spring. F.I.T. Challenge is obstacle dense. Race directors Robb and Aaron do an excellent job spacing obstacles well and making sure racers don’t run far without something to do. The main stretches of “just running” take place at the beginning and end of the race. The first half mile or so is mostly obstacle free, in an effort to space our racers and prevent back-ups. While I’ve had some experience with obstacle back-ups at F.I.T. Challenge in the past, it was not a big issue for me this fall for whatever reason — perhaps it was my earlier starting time, the racers at the event being faster on the course, or maybe the field was slightly smaller due to the weather. Whatever reason, this allowed for faster times in my case even with the messy terrain. Conditions were very slick, and I was glad to be running in my Altra Superior 3.0 trail sneakers. I saw some less experienced racers in road sneakers and was worried for their safety. 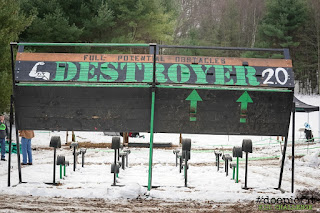 The best part of F.I.T. Challenge is the epic and creative obstacles. In addition to having all the basics — a carry, a rope climb, a crawl, and walls — F.I.T. mixes it up. The carry also features a set of over-under-thru walls. The rope climb is followed immediately by a peg board climb, right into a suspended cargo net racers hang from and make their way across underneath. The walls are the most interesting part of all. There are two set of hanging walls, which swing off a fixed top, meaning that you’ll be leaning backward as you climb. Best of all, are the two Destroyer walls, a pair of inverted walls with an additional wall at the top. The newer 2.0 version even has a set of balance tires to finish up the obstacle (which I slipped right off in the wet weather). Finally, the already challenging Devil’s Steps obstacle has an “upgrade” at F.I.T. Challenge — the Devil’s Playground obstacle (see image below). I have made it through the Devil’s Steps at F.I.T. before, but I could not make the transition to the top blocks on Devil’s Playground, making it my only real failed obstacle of the day. 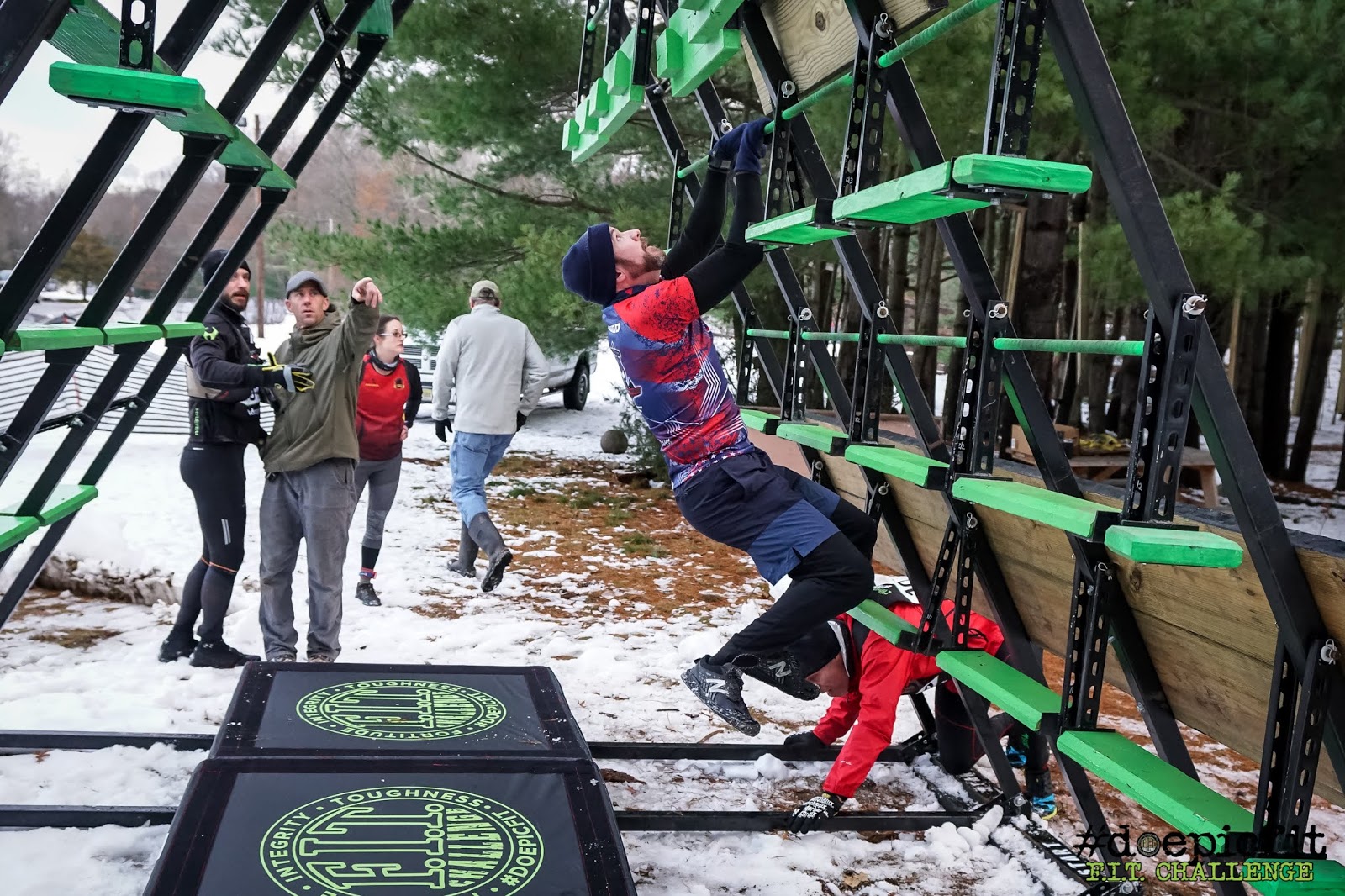 The course also has a number of cargo net climbs, double-ups, a hoist, and hurdles. Between racers and the finish line is a rig with four lanes of difficulty, right into an inverted ladder and a slip wall. The rig is an absolute blast with monkey bars, horizontal pipes, and all matter of other grips. The hanging/swinging section of the rig terminates into a cargo net climb for an added challenge.

As planned, I made my way through two laps at F.I.T. This was my first serious elevation in months, and I felt it the next day. I had fun, I was challenged, and I closed out my season at one of my favorite race series. My laps took me 1:25 and 1:27 each, according to my watch. I took a few minutes between laps for an overall finishing time of 2:55. I definitely would have had time for one more, but I was feeling good and wanted to have fun at F.I.T. more than try for a challenge. I grabbed my medal, a two-lap pin to add to it, and a hamburger from the onsite vendor before heading out. 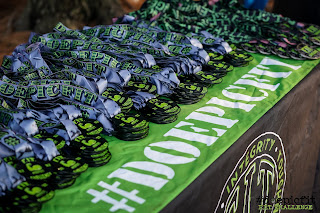 F.I.T. Challenge reliably delivers a fun time with a well-laid-out course and quality obstacles. Their twice-annual races in April and November start and end the season for many obstacle racers. I am always pleased to attend F.I.T., and it will remain a staple in my race calendar for years to come.