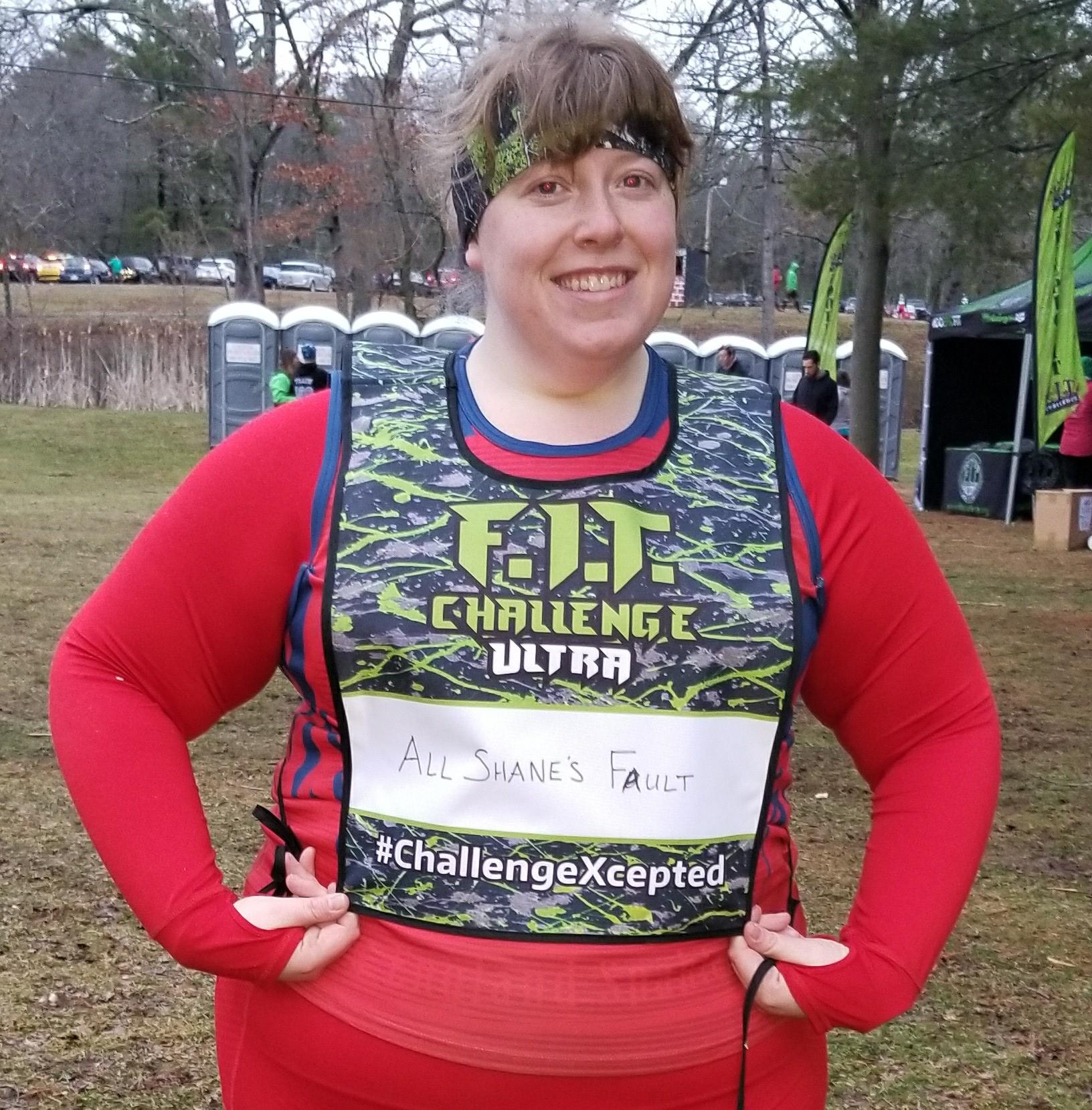 The team at F.I.T. Challenge has become known for their top notch small venue events, each one becoming bigger and better. F.I.T. X was no different. Their events feature innovative obstacles, challenging terrain, and elevation all spread a bit over three miles.

When registering for F.I.T. X, Participants had a choice of three different levels of racing. There was a one lap option that had both an elite wave as well as many open waves. Second, they offered a five hour multilap where a runner could complete multiple laps in a five hour window. The third option, being their newest, offered a twelve hour Ultra.

F.I.T. Challenge has taken the concept of multilapping and continued to build upon it. The idea to offer a multilap feature may seem daunting to some race directors, but this is something that Robb McCoy had flourished with. In the past F.I.T. Challenge has offered variations on multilapping, but this April they unveiled an Ultra. It consisted of running as many laps of their 3.3 mile course in twelve hours. 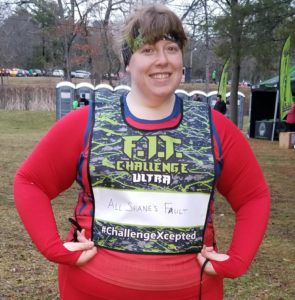 The F.I.T. Challenge Ultra participants, identified by Ultra Bibs, had a unique experience compared to the regular Multilap option. They received a total of three laps obstacle free. The first being their second lap, followed by two more at some point throughout the day. As long as they were wearing their orange armband, they could pass obstacles for that entire lap. After 6pm all obstacles were shut down, leaving the remaining two hours and fifteen minutes obstacle free as well.

Leading up to race day, there were nearly a thousand runners registered. This alone attests to the reputation that the F.I.T. Challenge team has worked to build.

F.I.T.X took place in Cumberland, Rhode Island, at Diamond Hill State Park. Robb MCoy and his team expertly use the terrain to their advantage. With multiple climbes and descents an elevation of 1000 feet is squeezed out of Diamond Hill throughout the 3.3 mile course. There is a mix of technical, rocky, trrails as well as some single track sections. But the most important piece to note is how well marked the race is. The trails are marked with green tape, flags, and arrows. It is near impossible to get lost on a track that this team has laid out. Spread throughout the course athletes found over thirty obstacles.

There is a wide range of obstacles for all skill levels. From low crawls and heavy carries to the Destroyer series and the newly unveiled Devil’s playground. The minds behind some of their devilishly innovative obstacles keep athletes coming back for more. Other obstacles that could be found on course included floating walls, an upside down cargo net you must climb a rope to reach, peg boards, and a teeter totter. There is absolutely something to challenge everyone. 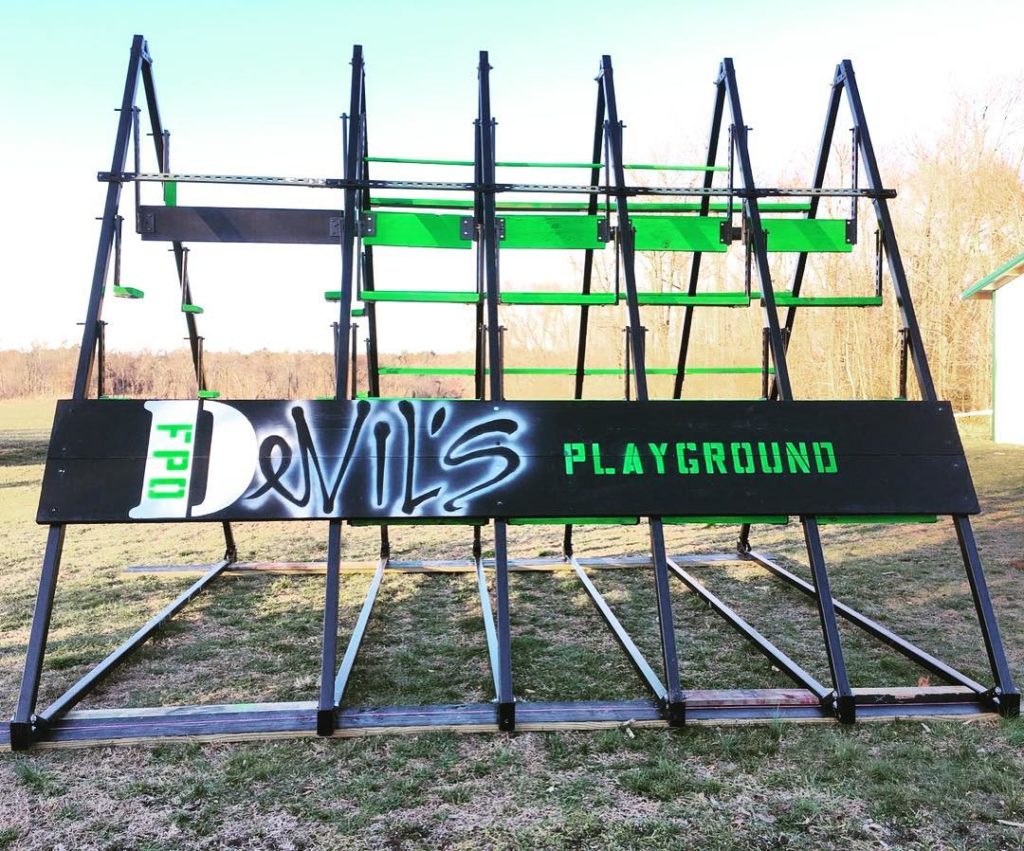 As mentioned above, a new obstacle made its debut this past weekend. From a concept Aaron Farb introduced with the swinging steps on their Devil Steps obstacle at a past event. After a discussion with Larry Cooper the design that was debuted at F.I.T. X was born, including the adjustment where the athlete had to start from the ground. Devil’s Playground was a terrifying delight for runners. It is a metal apparatus that has swinging steps that the athlete must climb up. There were four lanes, one for Elite runners and three for Open Wave runners. The athlete had to start from the ground, grabbing each swinging step up the a-frame then back down. The swinging steps upped the difficulty of an already challenging obstacle. You are only allowed to touch the green parts, touch the black and you had to go back. The difference between the open lanes and the elite being that the elite had a smaller hold to grip on each swinging step. 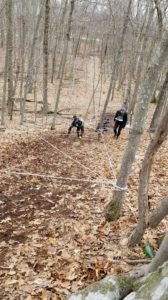 Outside of the course, F.I.T. Challenge had a buzzing festival area. There was merchandise available for purchase as well as outside vendors. Some of the vendors that could be found in the festival area included Sage Nutrition and Warm-Up Nutrition, both locally based companies. OCR Beast was also present. Baystate Physical Therapy was onsite to offer stretching and massage to help athletes throughout the day. Food was also available for purchase onsite presented by Boru BBQ.

The team at F.I.T. Challenge take safety quite seriously. There was one section of technical terrain that race director Robb McCoy was monitoring closely. For the sake of the athletes participating in this event a decision was made to shift the course slightly. While it took a strenuous and technical piece of course out, the transition was seamless and gave no interruption to the main event. This did not appear to remove or add any mileage to the course.

As a whole, the F.I.T. Challenge team obviously cares about their runners. They work to ensure that problems are dealt with in a timely manner. Whether it is leading up to or on race day, they put forth the extra effort to reach their full potential. Not only to the athletes who train and make this type of event their whole lifestyle, but the casual athletes as well. There were many runners at F.I.T. X who had participated in F.I.T. or Obstacle racing before. However, there were many first timers. No matter who is in attendance F.I.T. X delivers. 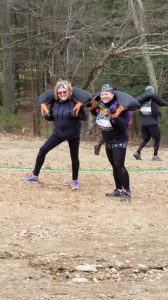 Communication is a strong point to note for F.I.T. Challenge. Leading up to F.I.T. X the team provided ample communication across social media platforms and email. If you follow any of their social media accounts you were also able to see the fun being had at volunteer shifts for build days as well as sneak peeks of Devil’s Playground.

Something else that F.I.T. Challenge is known for is the race day swag they offer. Not only for purchase, but what you get for participating in their event. F.I.T. X upped the ante. At this event participants received a nice tech tee, buff, and F.I.T. X medal. Those who multilapped received a numbered pin to commemorate the number of laps completed. If a multilapper completed three or more laps of the course, they were also awarded with a block that prominently displays their achievement. Those blocks have become a long standing goal for many who participate in any of F.I.T. Challenge’s events. Participants in the 12-hour Ultra event received all the same perks as well as some Ultra specific swag. They had customizable bibs to identify on course as Ultra, a 10 ounce sweatshirt, and an Ultra tech tee. For those who completed at least 8 laps also received a belt buckle.

Overall, it is understandable why F.I.T. Challenge is a fan favorite and F.I.T. X did not disappoint. Robb McCoy and his team continues to present OCR Athletes reason to return to F.I.T. events. Not only were athletes presented with an amazing race, swag, and experience, they are in the hands of a race director and team who truly care about the athletes.