GoRuck, better known for their rucksacks and multi hour endurance Challenge series, amongst other things, recently went head to head with the Vermont Beast and held their first obstacle course race on the same weekend.

Brave. Self diagnosed GoRuck Fan JayBean Miller headed down there, ran the Nasty, then drove all the way back to Vermont to run the Beast in one weekend (nuts, nuts I tell you). So, how did GoRuck do?

(all pictures are courtesy of the GoRuck Facebook page) 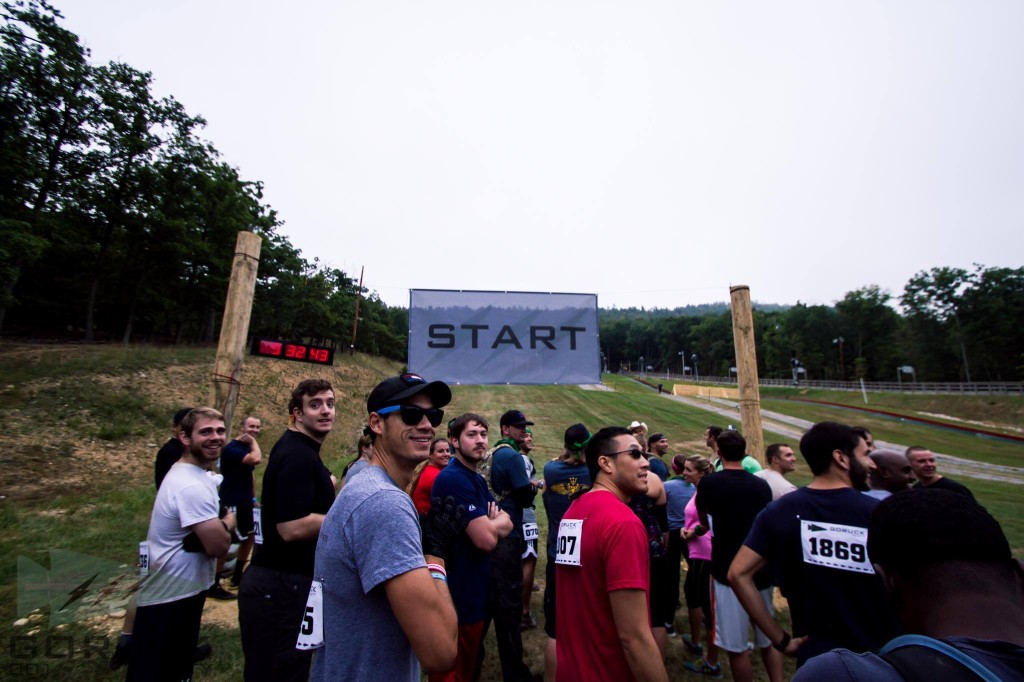 Let me start of by saying that I love GORUCK. Anyone who has ever made the mistake of asking me about the company or events has sat there while I ramble about how I love the company. I also want to say that I did not stay for the whole weekend, right after the Nasty I jumped in my car to drive to VT for the Spartan Beast in the attempt to participate in the two biggest races of the year.
Because of my GORUCK / OCR background I had extremely high hopes for the Nasty. While I will explain different factors that could contribute to my experience, I have to admit I was disappointed with the outcome.

What did the Nasty do well?

There were many things the Nasty did very well and the one that stands out the most is the uniqueness of the obstacles. While there were and wall obstacles, there were also obstacles that wont be seen by anyone unless you sign up for the military. I enjoyed seeing people overcome fears left and right at the Nasty, myself included (i hate heights). The other aspect of the Nasty that stood out was the Memorial Mile. The Memorial Mile was where you were given a small American flag and spoken to about the sacrifices made by our military then turned around to a steep mile all uphill. This kept close the traditions of military and meaning behind everything that came after that part of the Nasty.

What the Nasty needs improvement on…(from a OCR perspective)

As I stepped to the starting line of the Nasty I was extremely surprised at what I saw. A very simple start flag between two posts and Cadre Lou as MC and some casual country music playing softly in the background. Why was I surprised? This is the GORUCK Nasty 001! I signed up as quickly as I could once registration was open. As a OCR AND GORUCK fan I have been waiting for this moment for months! It was hard to sleep the night before I was so excited. Then once getting to the starting line its not only a simple set up, but laid back music, and only one staff member? I hate to compare and even though I do not get into the whole “Spartan Race hype and mood” They have HUGE/MASSIVE Spartan banners, gates, volunteers to help with last minute questions,  large columns that look like they were taken from Spara, smoke, aggressive / loud music, and a MC that gets you PUMPED before the race begins. I was not sure what to expect from the Nasty but I expected it to blow Spartan Races out of the water. This was also true for the end of the race… simple and anti-climactic. On to the race itself..


Out of the gate was relatively simple and straightforward uphill to a crawl, cargo net, and a rope swing. From there there was a guy spraying water telling you to roll in the mud. While I enjoyed the obstacles as I said what I did not like was the rope climbs. I am a relatively fit person and can climb ropes no problem. My issue was how much I had to watch people fail these climbs. Two of the most unique obstacles offered began with a rope climb… so if you did not have the ability to climb a rope or pick it up on the fly you were out of luck. While they both offered a latter climb instead, even the most seasoned GRT or OCR racer did not want to be seen going that route.

Next was the Cadre that were stationed at the obstacles. I felt they were relatively quiet and not a known presence considering how easily they can all steal the show. Going along with that I didn’t really have a good grip on who the people running it were, I felt the volunteers and Cadre needed to have brighter shirts or some way of letting people know who they are. Lastly was course navigation and the “in-between” time. So many OCRs that I have run in the past have used not only the terrain but also mud and trees to mix up the time between one obstacle and the other. I was very surprised at how the space from one obstacle to the other was a simple path, no mud no woods travel time or anything. This made that time somewhat uneventful.

These are my thoughts on the Nasty from a OCR persons point of view. Again let me say that I LOVE GORUCK and unfortunately I did not have the opportunity to stay for the whole weekend and get the “full Nasty experience”. But stripped down to a OCR I was surprised and disappointed.