Becka Dente offered to write the featured review of the all womens event, LoziLu. Check Becka’s fitness website out http://www.tritofit.com

I have to start by giving kudos to the LoziLu team for all the signage from the highway to the event. While most of them only said “Event”, it still made it ridiculously easy to find the location. And once there, the parking was pretty easy and close. I should note that I was running in the first heat of the day, so everything was fairly un-crowded when I passed through.

Registration and goodie lines were well organized. They chose to give away a bag instead of a t-shirt. This may be easier since there are no size logistics. And it is certainly an upgrade from last year’s headband (I didn’t run last year, but was told by someone who did).

Lots of port-o-johns, so no waiting there. However, the showers weren’t working in time for the early finishers. We were told this was because of a low tide (turns out they were pumping water from the river). I improvised and grab one of the free bottles of water to rinse off. Worked just as well.

Snack drawer was disappointing – I was expecting a lot of goodies and it was just Tootsie Roll Pops and chocolate. What about something salty?! The vendors that came out were pretty good. No waiting for an alignment and massage. Ate some EnergyBits (I like them, personally). A few places offering personal training. Not bad. 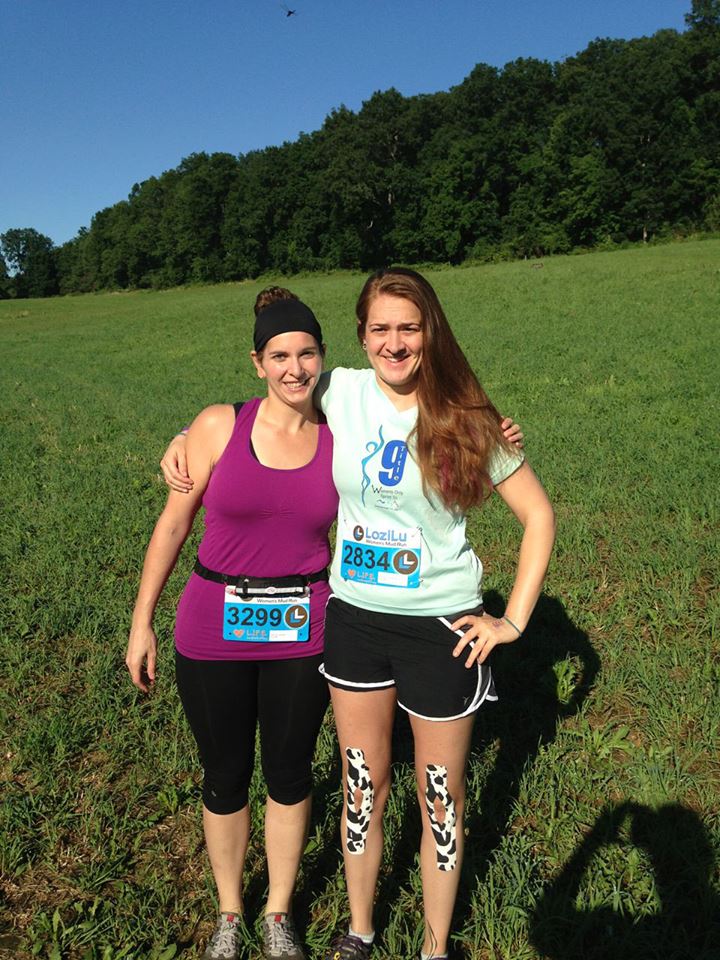 I should have known that the course would be a bit fluffy when I found out that it was untimed. The fact that none of the obstacles are required should have been another red flag.

I was lucky enough to get off in the first heat of the day, and I started at the front, so there was no backup at any of the obstacles. While I’m certainly not the fittest Spahten, none of them offered much of a challenge (the exception being the balance beam, because I’m just wobbly – but I stayed on!). Probably the toughest part of the course (and ‘tough’ being relative here) was the terrain. A bit of up and down on some hilly parts was the only time I was working hard on the course.

I was a bit disappointed by the lack/location of the photographers on the course. Of course they had one at the end, and one at the bottom of the slide, but there were definitely more options where they could have placed some photographers and gotten great shots. The lack of timing was a bummer too, but I totally understand their reasoning for excluding it.

Overall, it’s a well organized event, and a decent choice for someone looking to do their first OCR. I wouldn’t recommend it to anyone looking to challenge herself or wanting to try something epic.