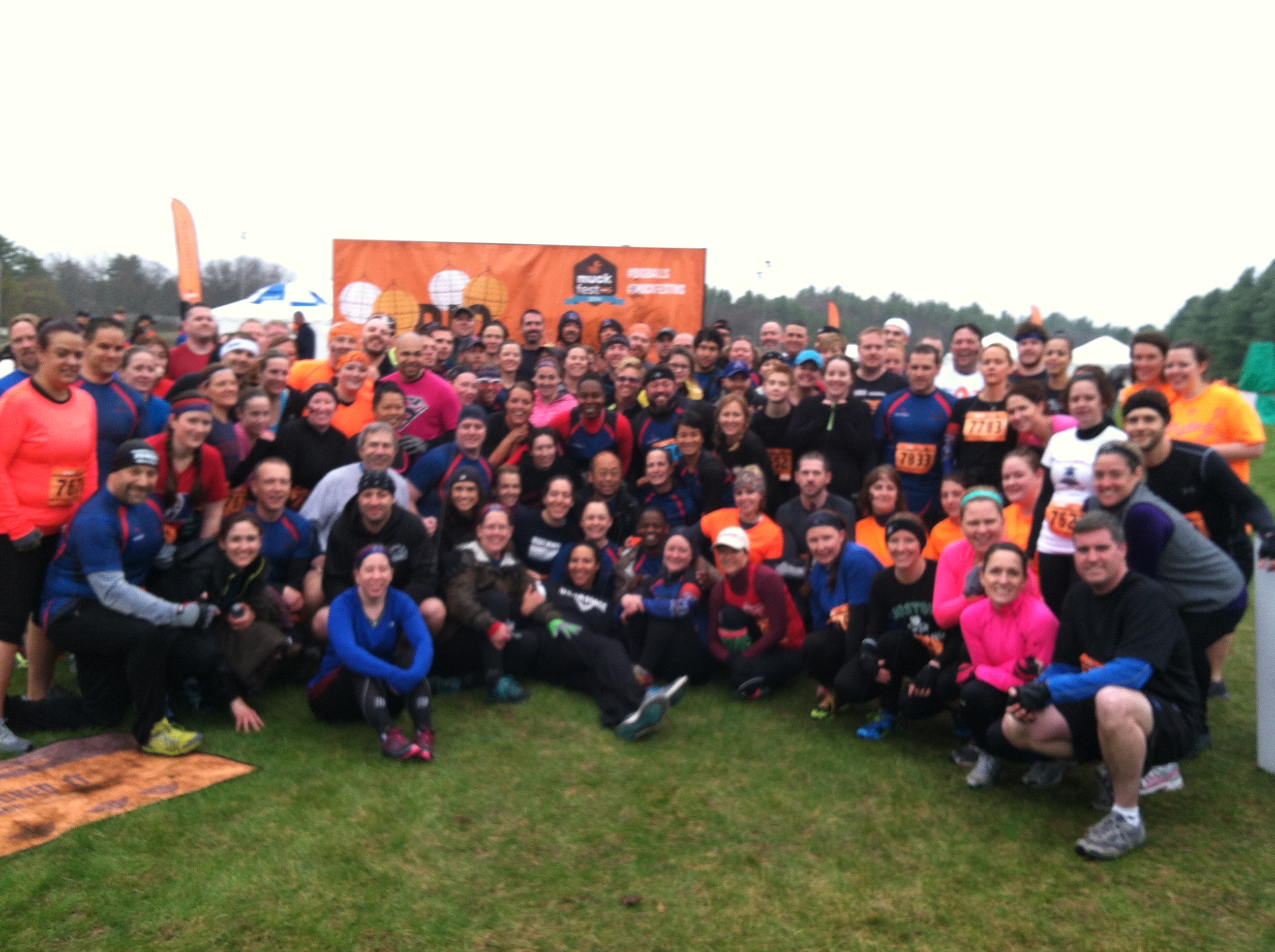 Muckfest MS has always had a special place in the history of the New England Spahtens – from being their biggest team in 2013, to being awarded a shining star award for our community spirit later that year, when they announced they were coming back to Fort Devens, we knew we’d be back in force.

We’re a bit bigger now – and despite the terrible weather on the day we still showed up in force and showed Muckfest that we were back, and supporting them all over again.

First – huge shout out to Kandice. She keeps our ducks in a row for this one, and to our many fundraisers in the community – as the DJ on Saturday was saying, this event raised over $500,000 for MS research – amazing amazing numbers!

The venue was the same as last year. Parking was super close, and being biggest team gave us premier parking, which seemed to consist of getting the tarmac lot, instead of the grass. They were all so close it didn’t make much difference, but the gesture was nice.

Festival area was a large grassy space, and the course ran out into the trails and roadways around it. Easy to find off Rt2, I do think they would be well served by some signage from the highway for those not familiar with the area – GPS units get confused easily around there.

I was at the venue early, considering this was the closest event to my house – when I arrived they were doing sound checks and there were no vendors set up – found the biggest team tent (which we’ve clearly outgrown already), and got settled in. I’m hearing they have around 5,000 attendees for this event,making it the biggest they’ve held – thats fantastic!

Muckfest MS have a race that really helps them stand out. They are accessible – anyone, at any fitness level, can do this course. They made changes to ensure that they were falling firmly in the fun run category, with the long distance option being dropped and the timing being dropped. I would have been totally cool with this, if the race actually clocked in at the 5k it was now being advertised as, but most GPS units came up short at 2.9 miles – my feedback would be the same for any race – deliver what you promise or over deliver – but don’t cut the course short. 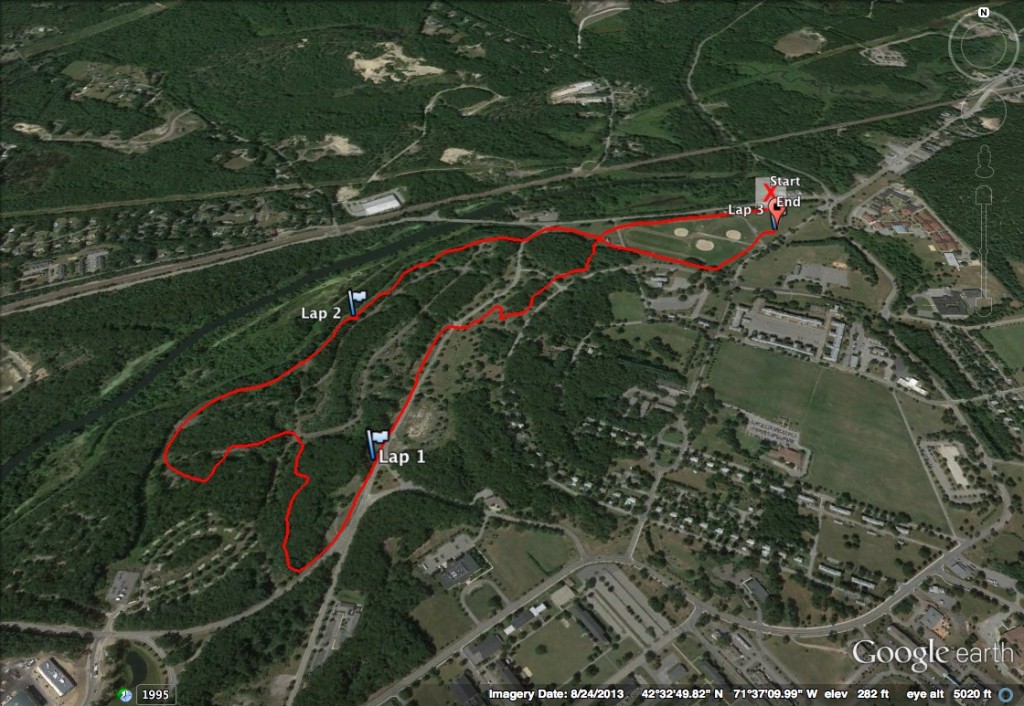 However, that 2.9 miles was full of fun. Muckfest MS have some of the most unique and FUN obstacles on the market, and the course was pretty heavily laden.

From ropes that swung around like a fairground ride, to giant balls on cranes, fantastic cargo nets and more water obstacles than I’ve seen on any course before – which meant you were cold, wet and muddy from start to finish -they really do step up the game here.

Any OCR interested in playing in the accessible, family friendly market needs to pay attention – a few small walls and tires thrown in a field doesn’t cut it. Muckfest MS made their obstacles fun, sometimes tricky, without them being pure strength or skill based – it’s a fine line, and one they walk very well.

Leaping into water pits, being flung off human swings and crawling through 1/2 tunnels to the finish line .. and nothing. No medal and no shirt. Seems a UPS shipment went awry and no finishers or volunteer shirts made it to the event, which was a bummer and they’ll be mailed.

Honestly, the biggest issue with this is someone is going to have to pay for shipping now … while it’s nice to wear a new OCR shirt or take a selfie with a medal on Monday, it’s sad this little logistical screw up will cost them fundraising dollars.

UPDATE: Muckfest MS have confirmed that no fundraising money will be spent mailing these items out – thats great news! 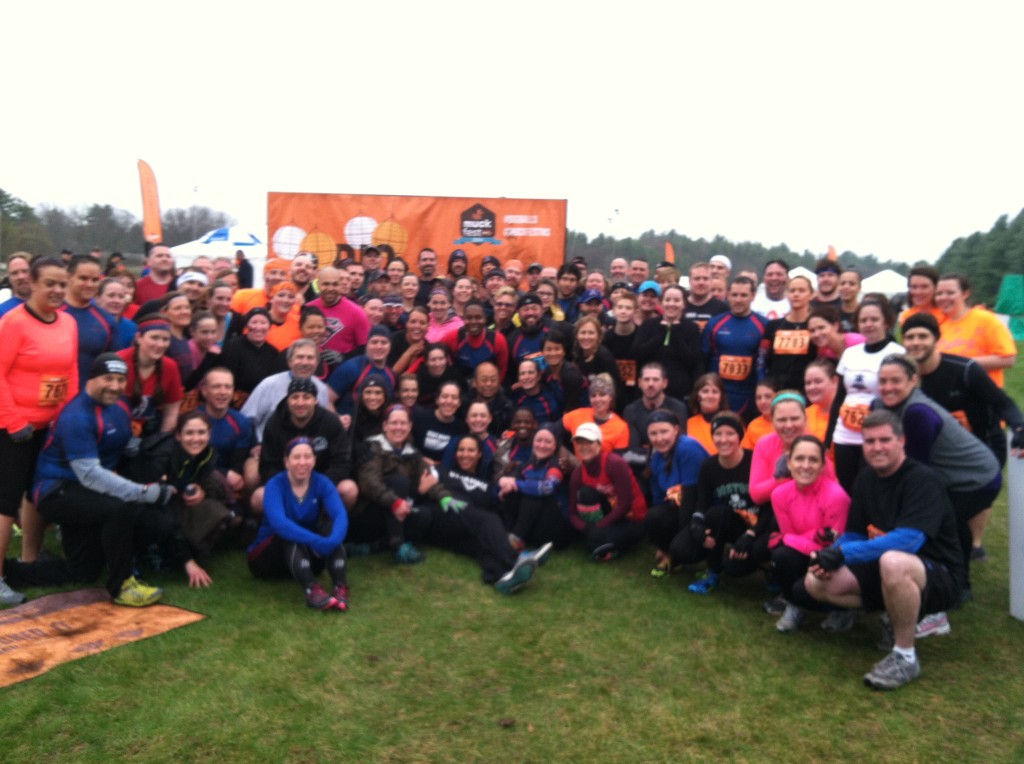 There were a couple of other oddities too – each bib had a dinner ticket, beer ticket and key check ticket – but the beer ticket was only for Coors Light, not actual beer, and the Dinner Ticket wasn’t for the actual food vendors, but for a banana on a table at the finish line … that wasn’t a terrible thing, but it was very odd. Especially for those of us who had carefully stashed those tickets with their gear so they weren’t lost on the course … I never did get my Dinner Ticket banana …

A great MC, soggy, but lively after party and a fantastic race experience – great biggest team perks (some of us ran four laps, some did laps in weight vests, some of us just did the one and got warm and stayed warm) – make sure Muckfest MS goes on your calendar for 2015.