O2X isn’t a new event, but it’s always been one I’ve let Beth run and I’ve either stayed home with the kid, or spectated.

Circumstances meant that I was transferred in this year, and would get to check O2X out first hand. I was quite excited too 🙂

O2X is different. The only obstacles are the mountain, and the things on the mountain – nothing is built, nothing is brought in. But it’s not “just a trail run”, as some have thought – it’s so much more.

The event really starts the night before. They go to great lengths to make this a destination event. You should devote at least a Friday evening, night and Saturday morning to O2X – and they make it worth while. You can camp too. A full and active festival is open Friday for packet pickup, great food vendors from B Goods and Flat bread pizza, amongst others. ProStairs, a shoe vendor, free wine tasting, beer tent and O2X’s own rather excellent swag tent – then at 9pm, they bring some guests up on the stage, right in front of the fire, and there’s a fireside chat (we do admit we miss the early days of this fireside chat, when it was an actual chat, around the fire – no stage, no PA system … but things grow and change).

We had booked a room at the host hotel, and with our kid in tow, we hit the sack early. 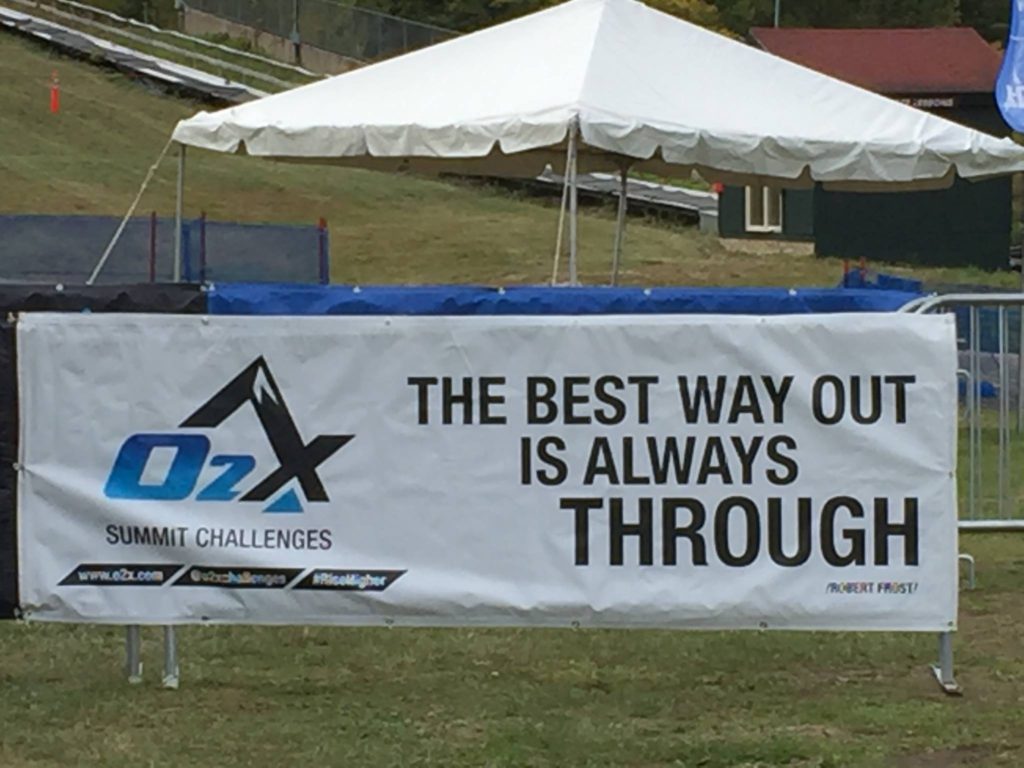 Saturday was race day – I headed down to the festival early to take advantage of the free coffee, bagels and breakfast and meet up with the New England Spahtens crew. Hugs were exchanged and coffee consumed. A fairly casual attitude to the wave times saw the elites go out right before 9am, and the 9am wave go our right behind them. 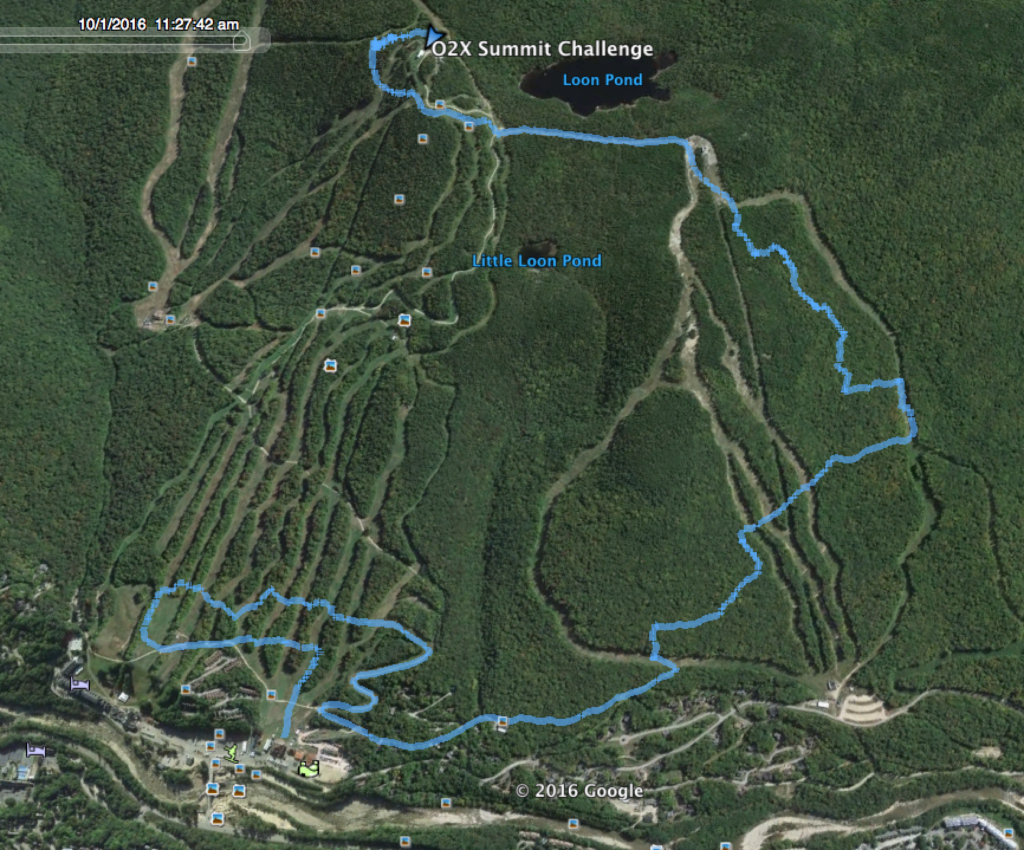 The course is tough to explain. If you have enjoyed the super technical hills and trails of the VT Beast, you’ve got an inkling of what O2X is able to do. The course starts at the base lodge, and goes to the summit (you come down on the gondola) – but you don’t run up the ski slopes, directly to the top – instead, the course weaves and turns and threads its way across the ski slopes, and into the trails, or into the trees – frequently in places where there simply is no trail.

You won’t find a mile marker at O2X – they measure the course based on elevation gained – and you will see signage for “1000′ of gain” or similar instead. Well supported with at least three water stops I remember, many people didn’t take packs with them at all (but I’m glad I did, even if only for the warm jacket I packed when I got to the summit).

A race within a race – at one water stop, they had music playing loudly, and it was the start of the Scramble. This is a short, but technical portion of the course that is independently timed and ranked – with it’s own timing mats. The male winner did it in around 30 seconds – which I simply can’t imagine.

Closer to the summit, you see the gondolas and see the top – then turn right around and go back down for some significant distance. Bastards.

The race directors were everywhere – from the scramble, to the summit to the basecamp.

So definitely not a simple trail run. 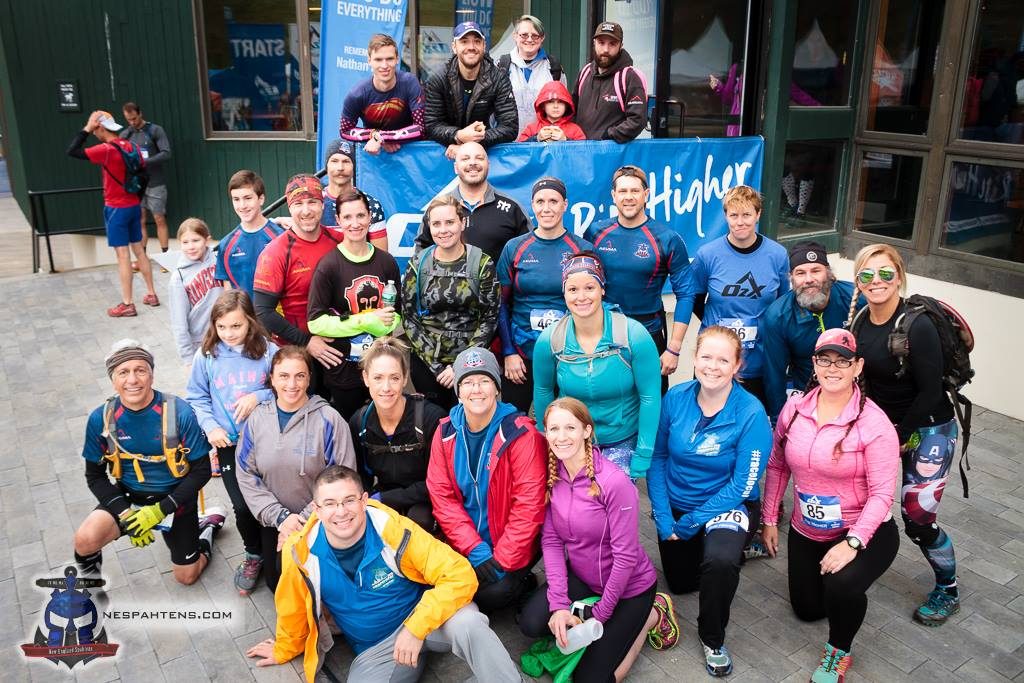 The mountain facilities are excellent, and spectators well catered for – plenty of places to eat, drink and chill out. We typically stay a second night to make a long weekend of it.

One thing I strongly suggest though – don’t run it with bronchitis. That was brutal.

An active participant in the #racelocal series in 2016 – O2X is one of those jewels of an event – provides way more than you expect, and you come home with a lovely shirt and awesome medal (Bottle opener, this year – we miss the quirky medals of past years though!).

O2X offer more than just a race – a Couch to Summit program, and a ton of training programs going on in Boston – check them out.