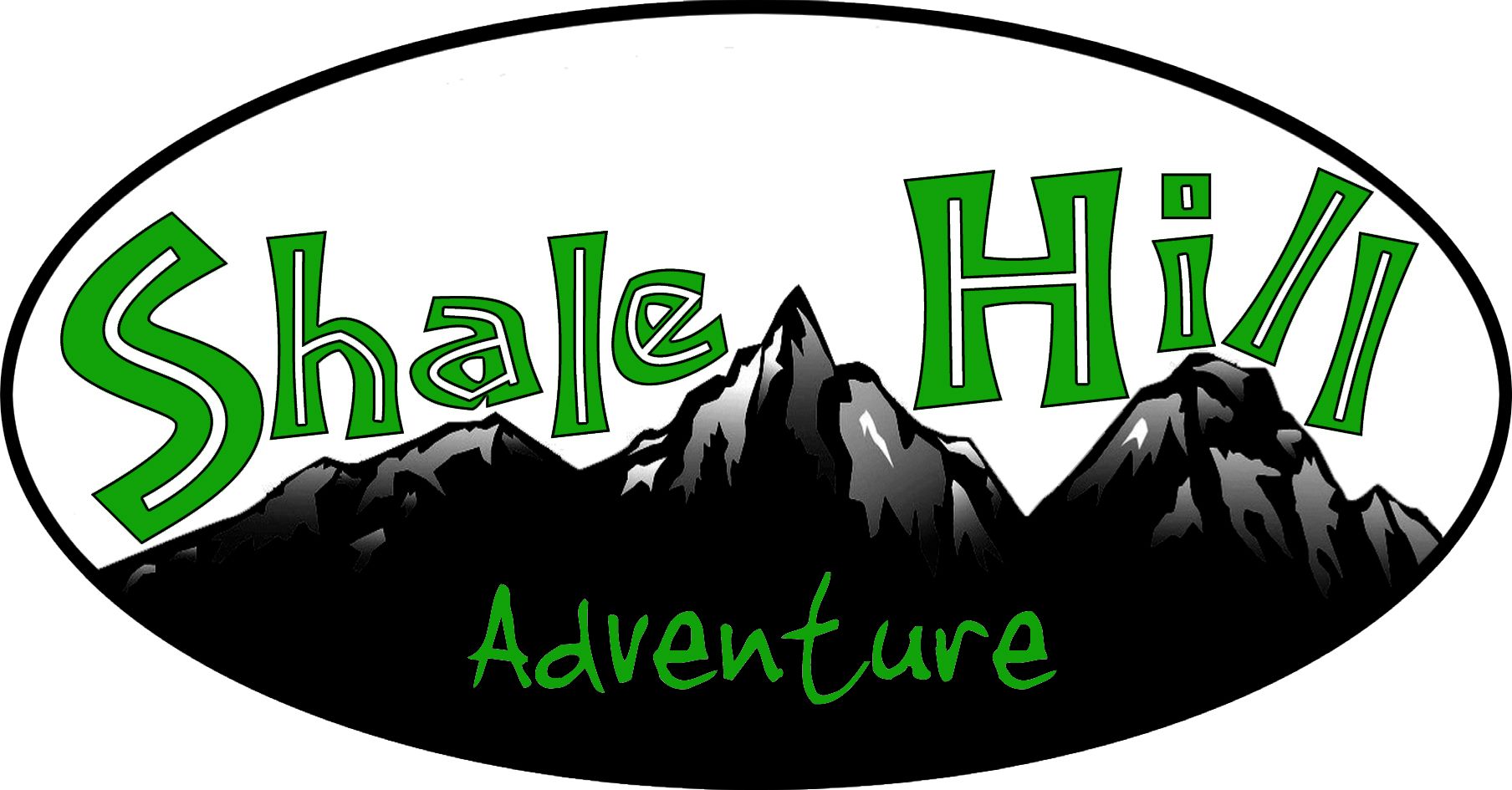 When I first got a message from ORTC VT, inviting the Spahtens to an 8 hour obstacle course race, in January on the first permanently installed obstacle course – I admit to a little bit of skepticism. How on earth had we missed such a gem? I’d never heard of him … I reached out to a bunch of folks at Spartan Race, asked around the industry and received a response along the line of “oh yeah, he’s the real deal”.

I was in, and so were several others. We would have had more, but for a scheduling conflict with Blizzard Blast on the same weekend – one that really should have been avoided – poor form for whoever announced their event second! 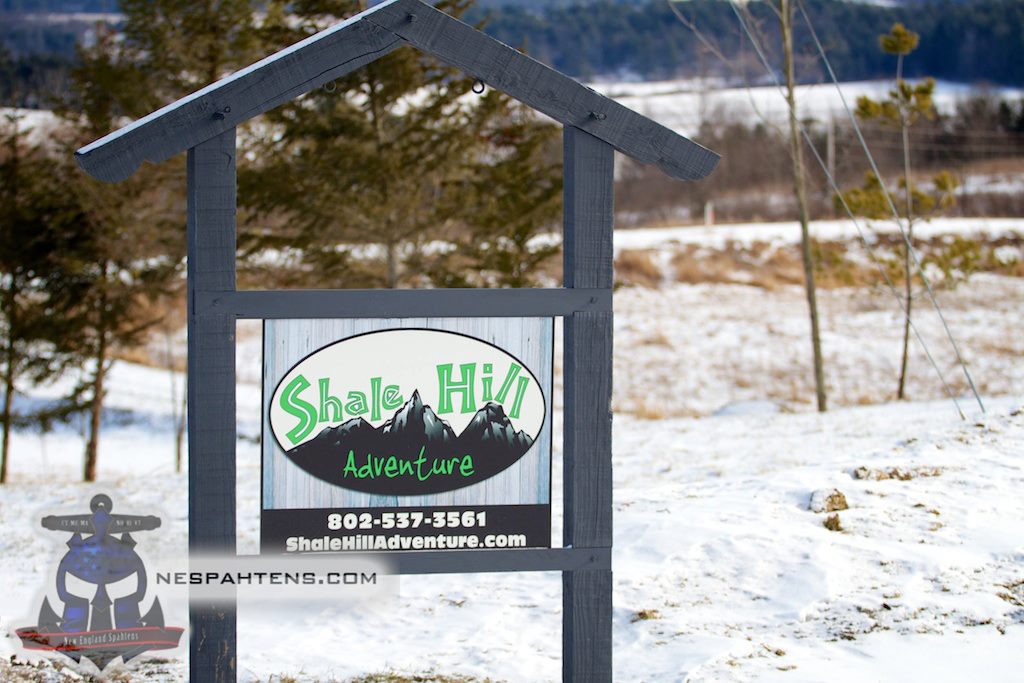 ORTC VT (Obstacle Course Training Center, VT) is located on Shale Hill Adventure Farm in Benson, VT. It’s a bit of a drive, just shy of three hours from my house, just shy of four from the Boston area – and with the race starting at 7am, most of us drove up the night before and stayed at a hotel in Rutland, just 30mins away from the venue. We actually stopped by Shale Hill Farms on Friday night to leave our gear boxes and do early registration, and thats where I first met Rob Butler – the guy behind ORTC VT and the owner of Shale Hill Farms. 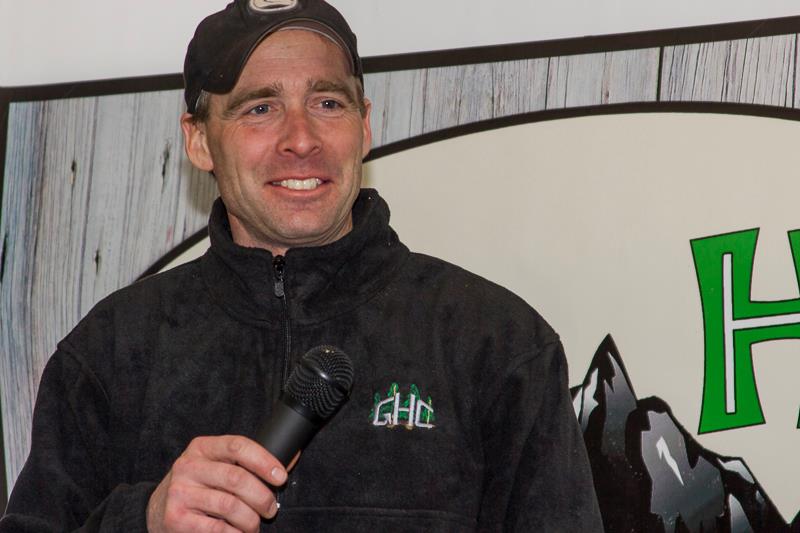 Rob is awesome. Rob is high energy, full of ideas, and as he was describing his obstacles and property and the challenges ahead of us, you could see the gleam in his eye as he jumped from foot to foot. Rob is clearly a fan of the sport, and has some big ideas – coming from anyone else, I don’t believe those ideas would ever come to life – but Rob has what it takes to make it happen 🙂 I will actually do a second article about Shale Hill Farms in the coming weeks – so more about the race itself.

Early checkin was easy, free parking. We got long sleeved 50/50 blend Ts, a bunch of stickers, coupons – all in a classy brown paper bag 😀

Waking up at 5am in Rutland, driving up to Shale Hill Adventure Farms for a 6am race briefing – Rob explained some of the more unique or complicated portions of the course. Some loops were explained and mapped out, his unique penalty system was explained, and the rules for the day laid out. Rob let us know that the course record was set by himself – 7 laps in 8 hours, in the middle of the summer. that wouldn’t even be close to being challenged today – the cold and the snow were going to be killer.

Thanks to James’ webinar, I felt prepared for the cold. My back had been sore all week, so I wasn’t *really* even sure I was going to race, until I found myself standing out at the start line, at 7am, in 3f weather, wearing 4 warm tops, merino wool socks, two pants and a balaclava. Guess I’m running then. The field of runners was relatively small, probably somewhere around 40 folks, but this was no novelty, themed race – the people coming here were serious about obstacle course racing and ready. 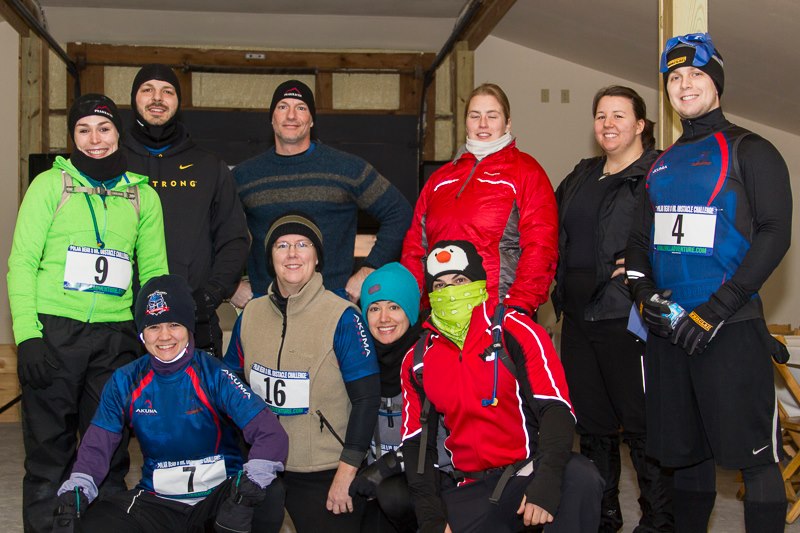 No play by play for the course from me – as usual, race brain kicks in and rope climbs blur with tall walls blur with bucket carries. Video at the bottom of this review.

However, many notable things on the course.

Firstly – the terrain – some seriously challenging steep inlines and declines-  made even more challenging by the snow and ice. In summer, Rob has several ponds, rivers and water spots to traverse, but for us – they were mostly frozen solid. At one point on the sandbag carry (a 60lb tube sandbag through some SERIOUS terrain and walls) my foot broke ice and I lost my shoe in the small stream below – a very unpleasant experience putting that back on, but fortunately my body runs hot and after a couple more miles my foot warmed back up and felt ok. Hills you had to slide down on your butt, open fields with biting winds – a frozen pond to cross (that is supposed to be FUN in summer!) – Shale Hill has it all. 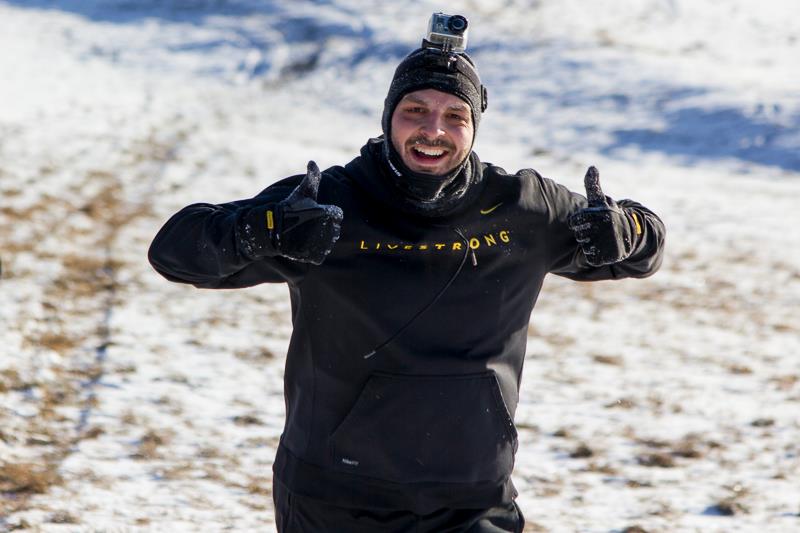 Secondly – the obstacles. When I say that Robs obstacles challenge, and in several cases *shame* the big races we’re come to consider gold standards, I do not exaggerate. Rob has the unique and welcome benefit that anything he installs does not have to fit in a cargo container. It doesn’t have to move from venue to venue. He can build it to last an age, and he has. His traverse walls were amazing – four walls, joined with balance beams or overhead shuffle bars … a very unique rope climb … firemans pole towers you climbed UP … some wicked walls, some with ropes to climb, others without. The monkey bars, oh god, the monkey bars! They were long, and the guys were then expected to go up a set that were going uphill on a 45 degree slope – never made it! There was one of the most unique rope net / climbs I’ve ever seen, some evil rope ladders with massive spacing – you can tell a lot of love has gone into making this course a challenge for everyone – new and veteran. 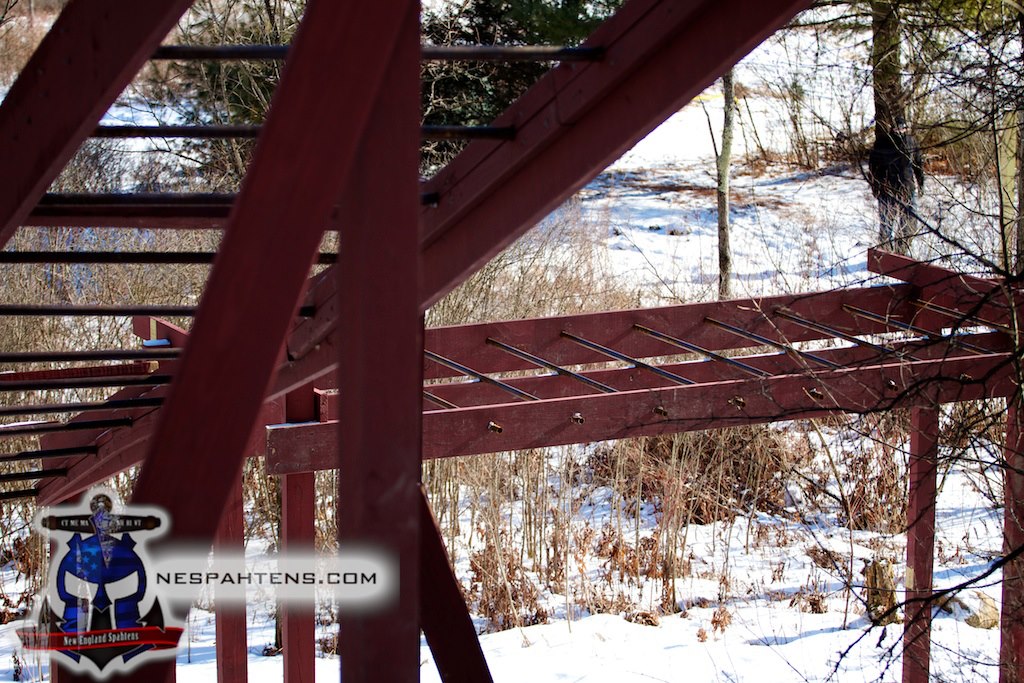 Rob appears to breed hay bails – there were lots and lots of them – and while we’ve all seen hay bails at races, never in this volume, or complexity. Jumping up a frozen hay bail from a downhill run? Yeah. Do it 20 times? Ouch. and they all had those damn smiley faces on them, like they were happy to break you, or something. Damn hay bails! 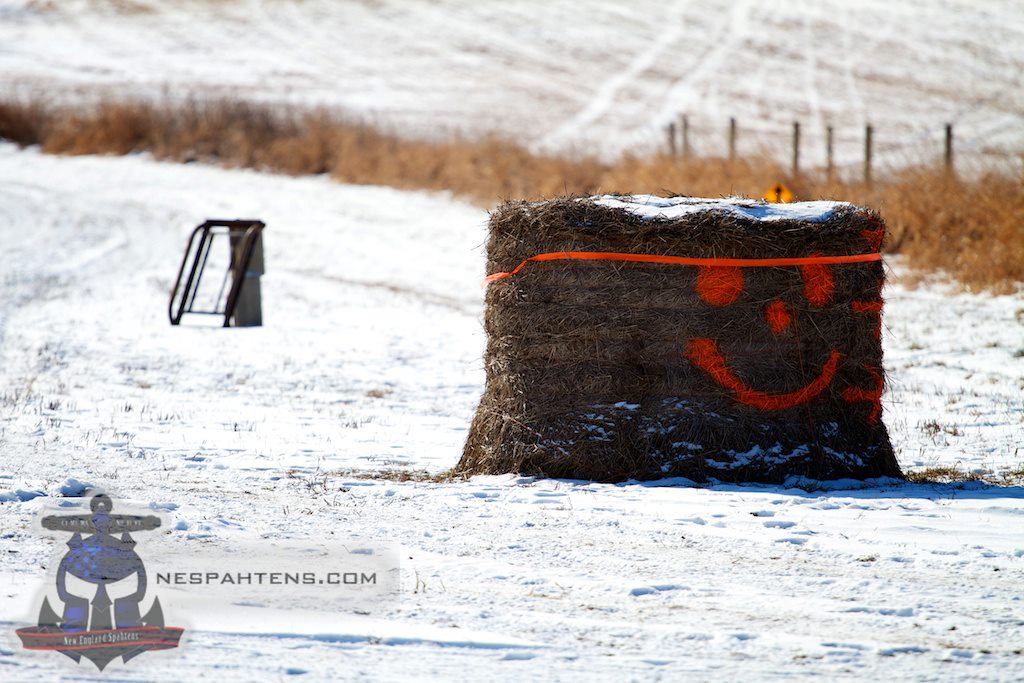 We had three carry stations – a sandbag right at the beginning, a log of your choice (pick a big one!), and a bucket full of gravel – fill it to the top, folks! each was on a 1/4 to 3/4 mile loop. 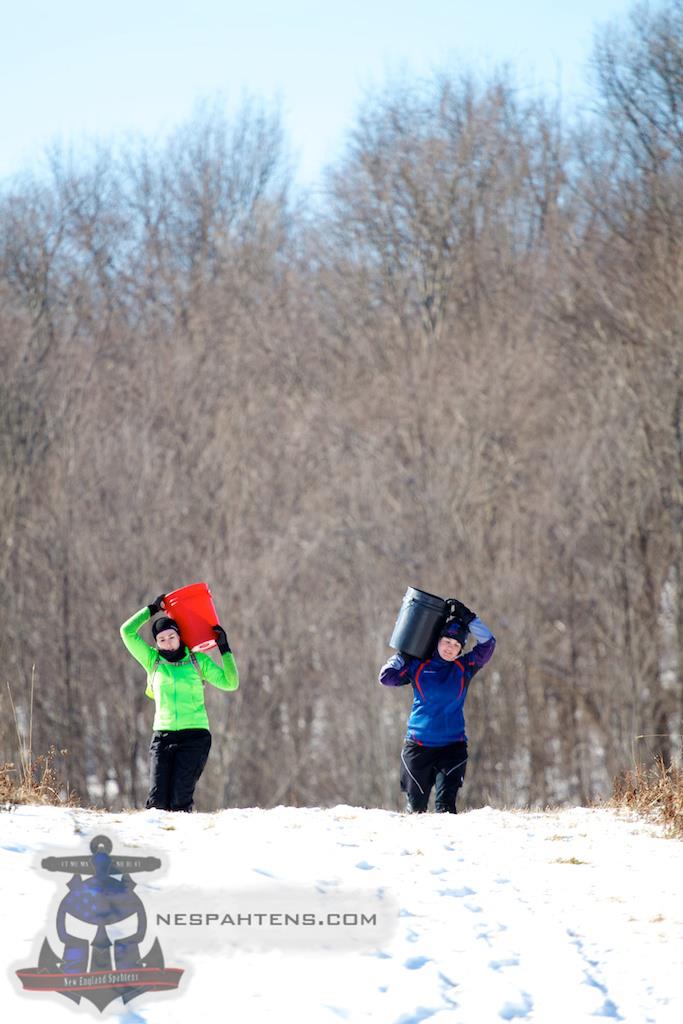 All told, the course was just shy of 5 miles, across some amazing terrain, with many amazing, soul crushing obstacles.

Oh, and penalties! No “30 burpees for you!” – at each big obstacle, when you missed it, fell off it or just got so tired you walked by it, there was a little cup full of colored chips. Collect your chip – and at the end of your lap you handed them in and received your penalty card – these varied, and included spider burpees, pushups on the Push Up Pipes, over and under a wall, tire hoist, rope climbs, tire flips – and sometimes, the beloved “free pass” card! All of this was done right outside the heated barn, and provided much entertainment for the warm spectators. There was a cute little girl here who appears to have a mean streak developing – she LOVED to “no rep” you when you did a penalty wrong, or didn’t get the form right. Someone taught her well 🙂

Personally, I was done at lap one and two hours. My shoe was frozen, my gloves and mask were frozen, my back was screaming at me – I finished enough to get a finishers medal and called it a day – then I got to hang out in the large heated barn, with all day buffet of great food and drink, and a never ending stream of amazing people to hang with.

As a team, we had Corrine who hit a full three laps and took third place for the women, Nele who went back out for her fourth lap and took second place – Eric who hit four laps, and called it in second place for the guys – Many of our team took three laps, several took two laps, and a few of us walking wounded were happy with one spin around the course. 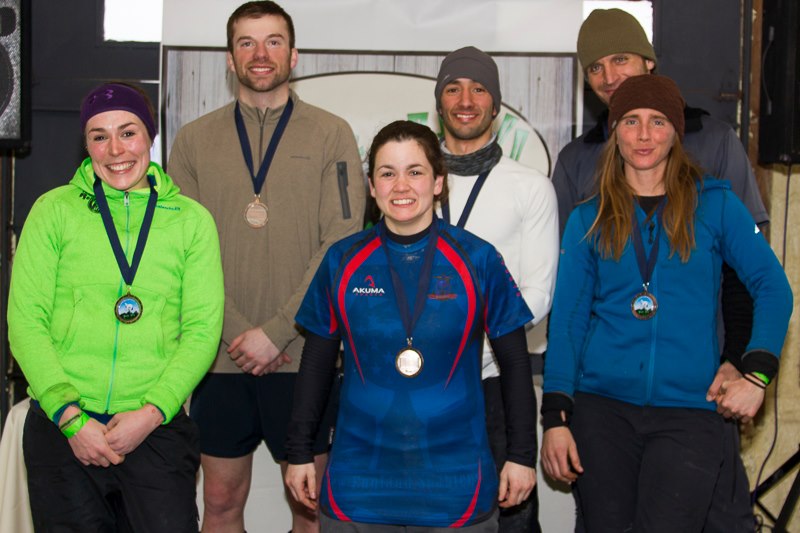 With temperatures never getting over 14f, this course was made even more challenging – but don’t think for a minute that a summer race here will be easy – Rob has some unique challenges, and some brutal obstacles, and his penalty system is very *very* good. Fortunately for us, his wife has our backs, and makes him take down the obstacles that only the truly crazy can manage … someone has to be the sane one in every marriage 😀

The smaller turn out, and the incredibly warm welcome by Rob, his family and his staff made this a very intimate event. Rob has big plans, and I fully expect them to come to fruition – he has what it takes. The location may be a bit of a drive, but don’t kid yourself – we’ve all driven this far to run the Beast, or a Tough Mudder, and the events Rob puts on at Shale Hill Adventures are going to be just as much of a challenge, and even more rewarding when you run with a few hundred people, instead of fighting to run with tens of thousands of people. Local hotels run at only $60 a night – and was well worth it. 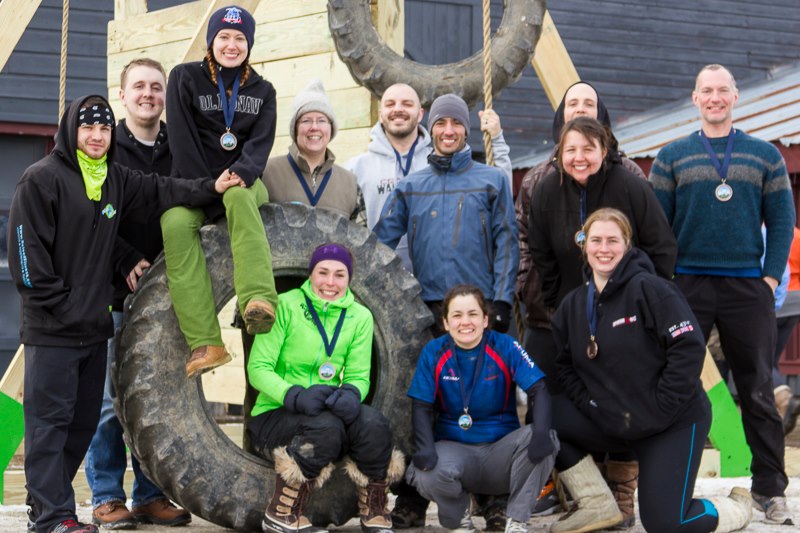 I’ll be posting more about Shale Hill in the coming days – including some news about their four race event series and more.

If you didn’t make the trip to VT this weekend, you missed out on one of the best, most intimate, most *pure* obstacle course race experience I’ve had in over 3 years doing these events. If you’re the kind of racer who comes out for a challenge, and wants to experience the best obstacles around – this is the place for you. 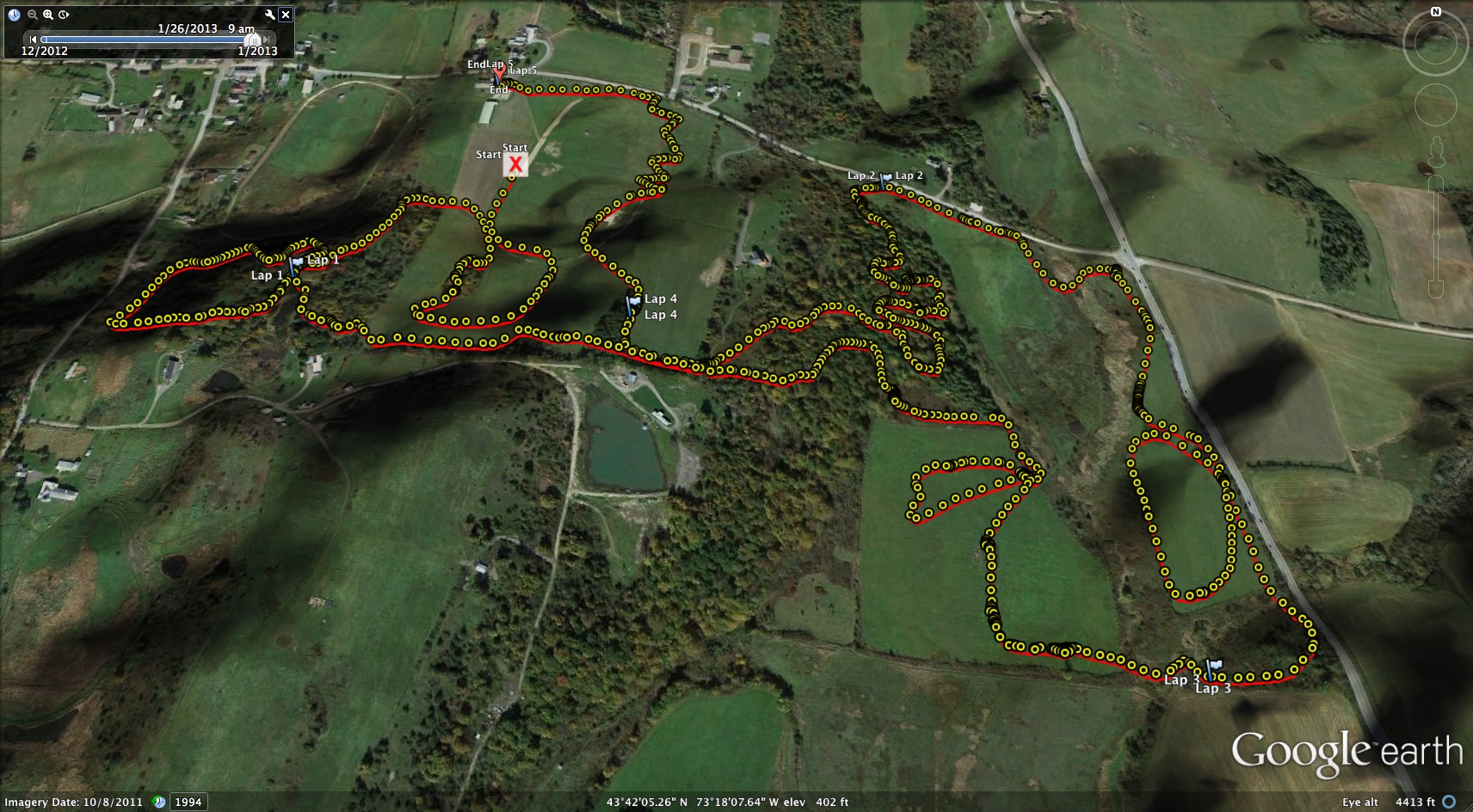