I had no expectations about this race, clearly their 2012 race was less than fair based on reviews I had seen and posts I read around social media. When I was offered the chance to run the Renegade Playground Challenge I did so knowing the race organizers were truly trying their best to come out shining and wanted to leave 2012 behind. Also, it needs to be said, the New Hampshire Motor Speedway put their name on this and really, REALLY wanted to make sure this thing went off without a hitch. 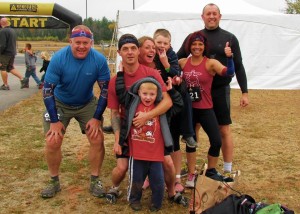 Parking: Simple and there were attendants everywhere getting everyone into the lot. They waived all parking fees, yes, it was free!

Registration: Straight forward and smooth. You hit the first table where you signed the waivers, if you hadn’t already signed and brought your own. You then moved over to the packet pick up, give them the bib # you were previously given (it was e-mailed the night before) and they hand you your packet. On the outside of the packet are specific instructions on what to do with the bib and timing chip, very useful information. You then hit the next table and get your Renegade shirt, a nice shirt at that!

Festival Area: Was small, but Renegade Playground is a local event and I didn’t expect the festival area of a larger race company. That said, there were changing tents, cool “playground” games like corn-hole, tug o war, barrel basketball, pumpkin painting and there was even a mud pit for the kiddies to jump around in. There was an awesome caricature artist who did drawings for everyone who wanted them, at no charge. There was a few food trucks, beer truck. I didn’t use the bag check but it looked like every other bag check I have seen, and didn’t hear anyone complaining about it. They had a live band after the last heat went off, and a great DJ spinning tune before hand. Overall, very adequate and was enjoyable! 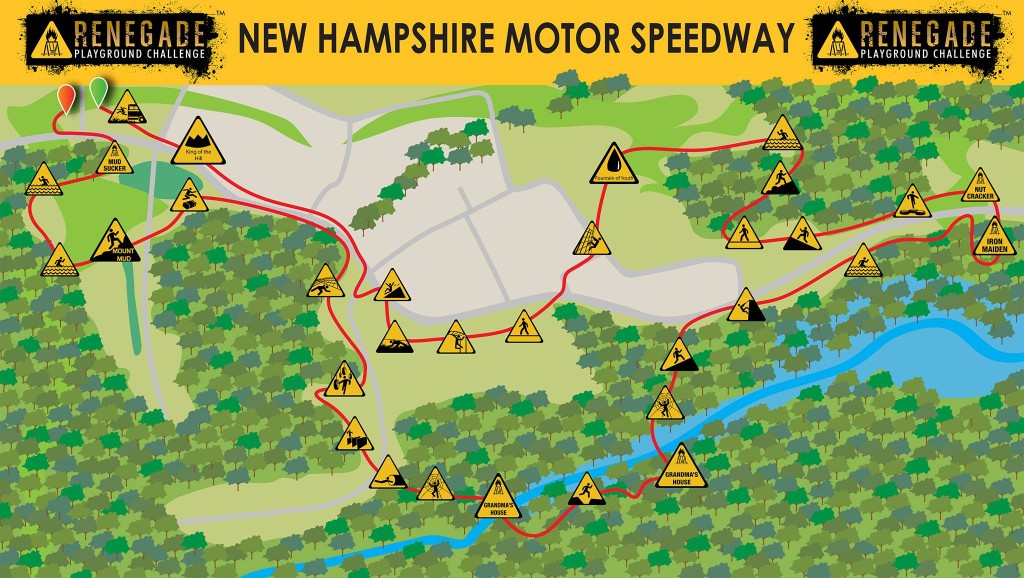 The Race: Heats went off roughly every half hour. Some of the heats were broken up though, letting the smaller teams and individual runners out about 5 minutes before the large teams took off. I thought this was great and there was no bottle necking at obstacles! From what I was told, the course was about 4 miles.

While not über challenging, I have to say it was a really fun course to run. They did a good job laying this out, with more than a few water crossings that made things very, ummm, cold. The terrain was fantastic, great use of the hills. Some of them were pretty technical I must say, being very rocky you had to be aware of what you were doing or you could easily roll an ankle or worse. I loved the challenge there for sure. 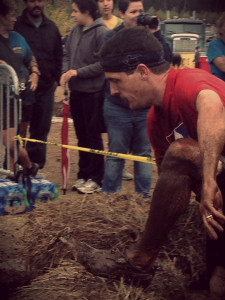 Some of the obstacles were repeated, such as the spider’s web and jersey barrier jump. There were some pretty standard obstacles such as monkey bars (which for some tall people was really low), wall hops, tire run (hop?), cargo net up and over (which on the over part they had grip tape on the metal foot bars, thought this was a nice safety touch). They had a mud crawl as well, and to be honest, this was the one obstacle I think they could have done a bit better at. It would have been nice if it were dugout a bit more and was a touch more muddy. Going through it, it felt like it was just some loose sand poured into a box with water. I did like the fact everyone that encountered it though was really wary about “getting dirty”. I nearly dove in, took a face full of muddy water and carried on. Leah said she did the same as some women in here heat were tip toeing around the damned tulips!

They had some huge tractor tires piled up and you had to climb them. The was a “jungle” of hanging tires to slam your way through. It was a bit fun worrying about whether or not one was gonna come back and knock you off your feet. They laid down a couple of telephone poles side by side for a neat lil balance beam and had another balance beam obstacle that had varying heights to it that was made of logs, bark and all. Again, not overly challenging, but because of the roundness of the beams you had to be aware or you could have gotten hurt.

The last obstacle was a fun one and played into the whole playground theme. You entered a school bus, tore through it and jumped out the back into a big muddy pit. Felt like a kid again for sure!! 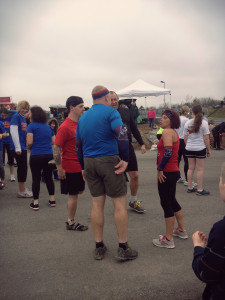 Volunteers: Can you say anywhere and everywhere? One of the complaints I heard from the 2012 event was that there were a minimal amount of volunteers. Not so in 2013, they were all over and extremely encouraging. Not in a patronizing manner, but were really supportive. They had a couple of water stations which had volunteers filling and passing out water, again this was a complaint from the previous year and judging from 2013, they fixed that one 100%! And, there were more than a few EMT’s on site just in case!

Photographers: There were 4-5 of them strategically placed throughout, most in good places to grab some cool shots, can’t wait to see them!

All in all, it was a great experience. This is a fantastic race for a newbie who is worried they won’t be able to complete all the obstacles, everything is attainable. It was spectator friendly, and was cheap at $5 a pop for them. It was kid friendly, maybe next year they will add a small kids course? Hint, hint!! Nudge, nudge!! I would easily do this again. If you previously ran this race and were unsure of its future I have to say it was a fantastic time. Awesome job Renegade Playground Challenge and New Hampshire Motor Speedway!!