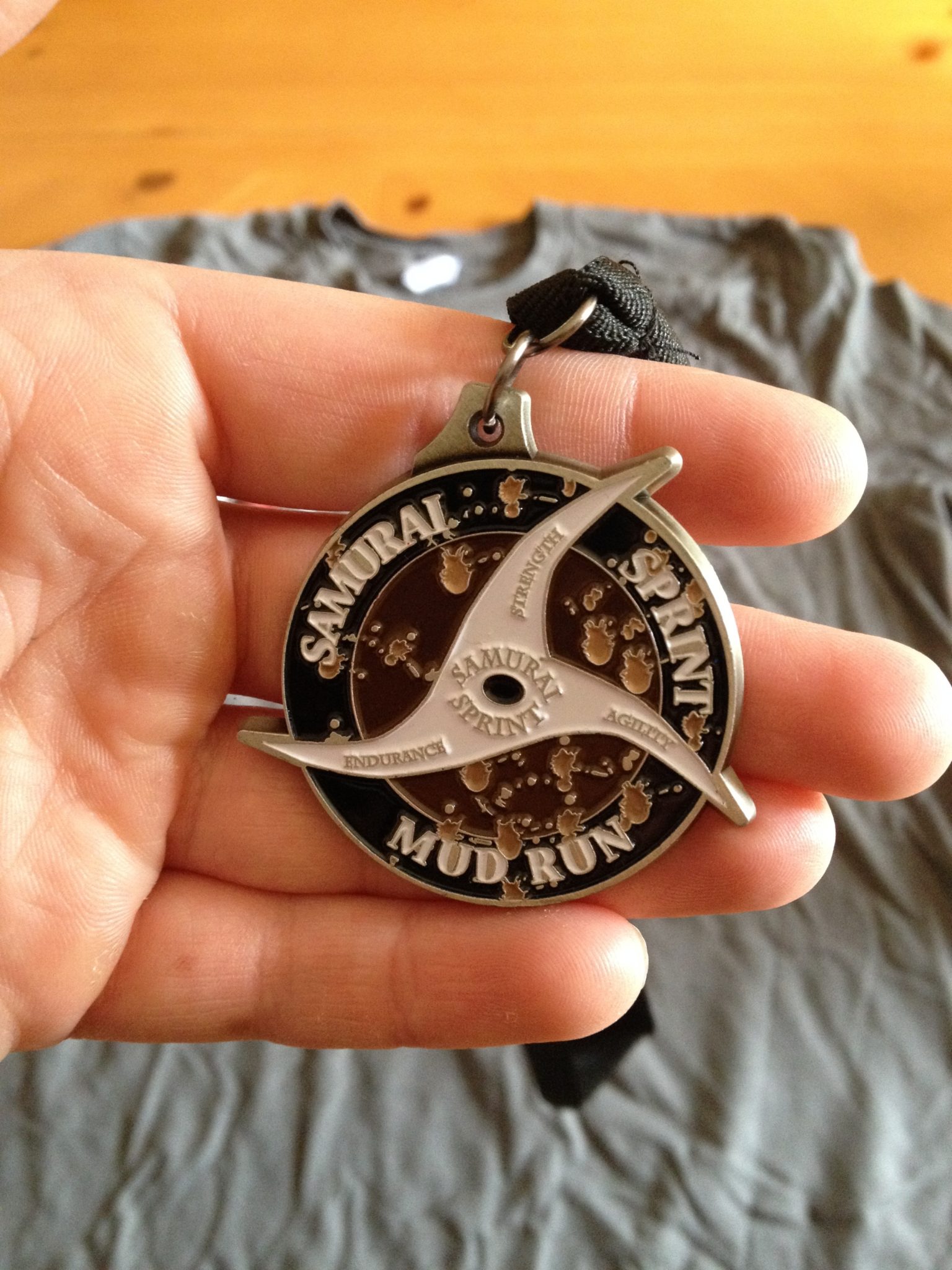 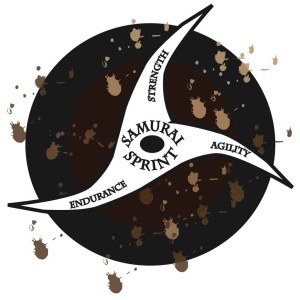 When I heard there was a new local race coming up, I was a little unsure of how the event would unfold.  Then I saw the website was using racing photos, from other events, specifically F.I.T. Challenge, I went from unsure to concerned.  We all know it’s a sign to run the opposite direction!  From early on, the website showed some new and challenging obstacles, For a new kid, it seemed a little too ambitious.  What is the RD thinking?  Is he going to pull this off?  Does he realize that this is going to cost a bunch of money?  Then I heard Robb McCoy offered some assistance and I was a little more at ease about this race.

Communication regarding the event I found a little interesting.  The week before the event a few emails were sent out.  The first one, received Tuesday, explained there would be no bag check or changing facilities but parking would cost $5 and we should arrive 90 minutes before our heat time.  The next, received Wednesday, informed us of the rules and guidelines for the event.  The final email, received Thursday, notified us there would be a raffle, to benefit the cost of the shirts.  No confirmation of heat time, no bib numbers, no waiver.  Some people didn’t even receive these emails, but it is my understanding that a quick email requesting information led to a timely response with the important information.

Upon race day we headed to Westport River Winery, and hoped for the best.  Parking was easy, close to the festival area, and plentiful.  We arrived around 8 for our 9:30 heat and cars were just starting to trickle in.

This is where things went a little chaotic.  We parked, but then had no idea where to go.  We asked one of the kids who were parking cars and they pointed us in a direction saying, “I think you go that way.”  While walking to find registration I realized there were signs, but they were on 8.5×11 sheets of paper using a relatively small font.  We arrived at the registration area to find it wasn’t even set up, and they weren’t close to being ready for about 30 more minutes.  It was 8, and we were slated to hit the course at 9:30.  I ran to the car to grab our tent and when I arrived back I quickly saw that registration was a mess.  Hopping in line it took me about 10 minutes to get to the table, and there were maybe 15-20 people in front of me. Those running registration, took your ID, looked up your name/bib/shirt size, and then handed you a waiver while they collected your packet and shirt.  As I was walking away, I could see the line kept getting longer.

Once settled, it was time to focus on the festival area.  There were plenty of vendors.  Carabiners was there with a climbing rig. TKO Fitness, Unleashed, and Grit n Wit were present.  There were a few vendors offering samples as well, and a slushy truck was on site with slushies, cotton candy, and the like.  Additionally, there was a grill station that was also selling fruit.

The starting line was right near our tent, and it wasn’t completely set up until about 5 minutes before our heat was supposed to go off.  We lined up and then were asked to give them just a few more minutes to allow the volunteers to get to their posts.  I’m not really sure why the volunteers weren’t already out there.  Anyway, our heat started at 9:38 or so, but it seemed like all other heats went off as scheduled.  From here it was all about the course.

A first for me, was running any kind of a race with a vineyard as the venue.  The course was fairly flat, save for some rolling hills and a couple reasonable sized and well utilized ones.  In general, the course was marked ok.  There were definitely places where I wasn’t really sure where I was supposed to turn next and it didn’t help that there was no consistency in the arrows.  Some were big black arrows on a yellow background, and these were the best ones by far.  Some were a single Sharpie line drawn arrow on white paper, which weren’t easy to see from a distance.  My least favorite were the orange marker arrows drawn on white paper, as you can imagine these were really difficult to see unless you knew to look for them.  While trying to be on the lookout for the varying arrows, there were also points where runners were coming and going.  I remember at one intersection runners were coming from the left and heading up a hill just as other runners were approaching the same point and were supposed to turn left to hit a loop that included a few obstacles.  If you happened to just follow the runners you saw running up the hill, you missed the loop completely.

The obstacles were the true gem of this event.  When I peeked at the website and saw what was planned I was both excited and concerned.  How could a new race pull off so many obstacles well and still manage to afford making the event actually happen?  I’m happy to say both were a reality.  We’ll ignore the fact that some of the descriptions from the site aren’t 100% accurate, because when it comes down to it they were well constructed. 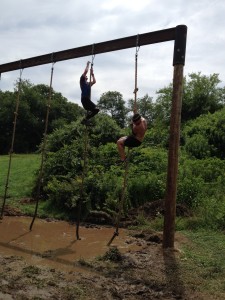 There were the normal obstacles – walls, over-unders, bucket carry, monkey bars, tires to flip, more tires to run though, a rope climb… just to name a few.  To supplement these common friends, there were a few new kids to tackle.  The Reverse Staircase was definitely well built. Think monkey bars, only with lumber and in the form of a staircase.  My mind thought it would be very much like Tough Mudder, but a smaller scale – I was so wrong!  This was tough and I didn’t have the strength or technique to make it happen.  Win!  A fun one was a giant set of stairs to climb up and then descend the other side.  And finally the obstacle called “Hangover” which was a straight traverse with hands only.  I found this course to be a good one for those with good grip strength, as the traverse and staircase were complemented with a tall wall, a traverse wall, and rope traverse.

Overall the course was good, and it was surprisingly better than I had anticipated from all the indicators of participating in a disorganized mess. 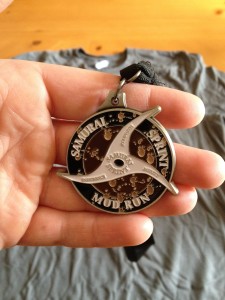 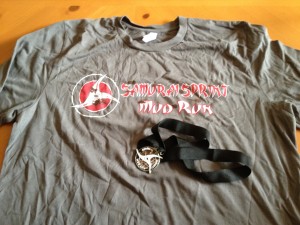 I am looking forward to seeing how this race improves for the next go round.  I hope to be there to see it grow and become another one of our local favorites.  Almost all the pieces are there and a few little tweaks will make this a contender! 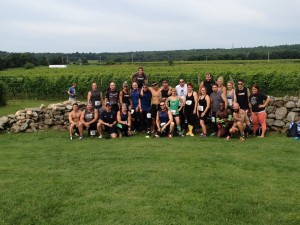