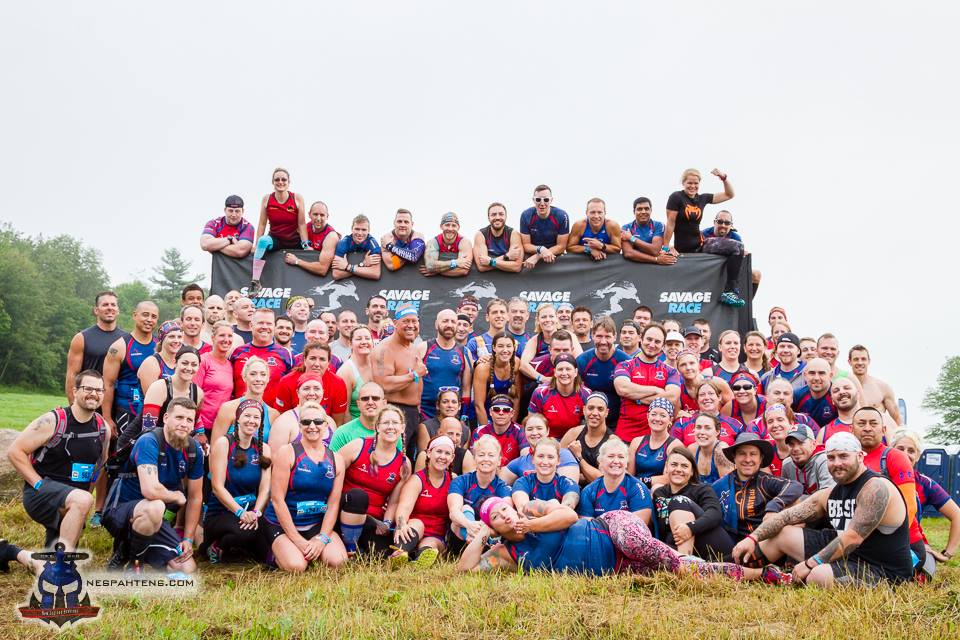 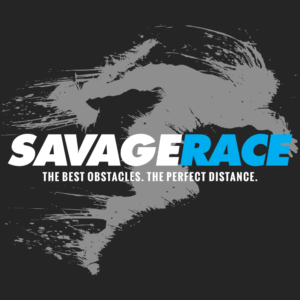 New England is – for lack of a more appropriate word – a mature OCR market. Many big names had their start here, then moved onto other regions, and our local OCR game is strong.

Which means it’s a rare thing for us to be able to enjoy a new brand, and rarer still when that new brand is already established, already developed and has a following we’ve not really had chance to be part of.

This has been on the cards for some time. They’ve been trying to get a foot hold, and for whatever reason, it hasn’t happened, since 2013. After talking to the people at Carter & Steven’s Farm last year – they had a venue – and Saturday we got to see what they were all about.

For many races – reviews like this start on the morning of the event – but with Savage Race, we got to not only have founder and CEO Sam Abbit on The NE Spahtens Show twice in the lead up, but we also got to sit down for dinner with him and his team on Thursday night – a great chance to get to know the people who make Savage Race happen. We also swung over on Friday to setup a couple of popup tents, and enjoyed some Stone Cow Brewery beverages, BBQ, met more of the team and Farmer Phil took us on a tour of the farm in his Cool Bus – a 6 wheel, 30 seat off road monster.

So pulling into the venue on Saturday morning, a place I personally know well from many ice cream runs and prior events – we already felt that sense of familiarity that many events still don’t have. Parking was off site, and while there was plenty of local parking in people’s front yards, there were zero reported problems with the remote lot and the shuttle buses – a short ride to the venue and a walk down the main entrance road – and into the Savage Race experience.

Check-in opened later than we’re used to, and many of us showed up well before they were letting people check in at 8am. The lines moved quickly though, and no one missed their wave times – and into a big, open space of a festival. Can I just say – having seen a couple of other brands using the same space – THIS is the way to do it. For the other races, the festivals were cramped, with large tents dropped in the middle and stepping over guy ropes all the time – Savage had a huge open space – stage and finish line at one end, all the vendors forming the outer border. Open, spacious, easy to move around in. Also welcome, compared to other large brands – Savage were incredibly flexible with helping us as biggest team. We were grouped into a single wave, with flexibility for anyone who needed to simply hop in, no hassle. We were given our pick of spaces in the festival and early (the night before!) access to setup any number of tents we wanted.

Very *very* refreshing from a national OCR. This kind of easy going, athlete first nature is usually only seen on the local scene. Kudos, Savage.

Big claims – claims that they put on all their marketing, their shirts and even the medals. And, claims they backup on the course, too. 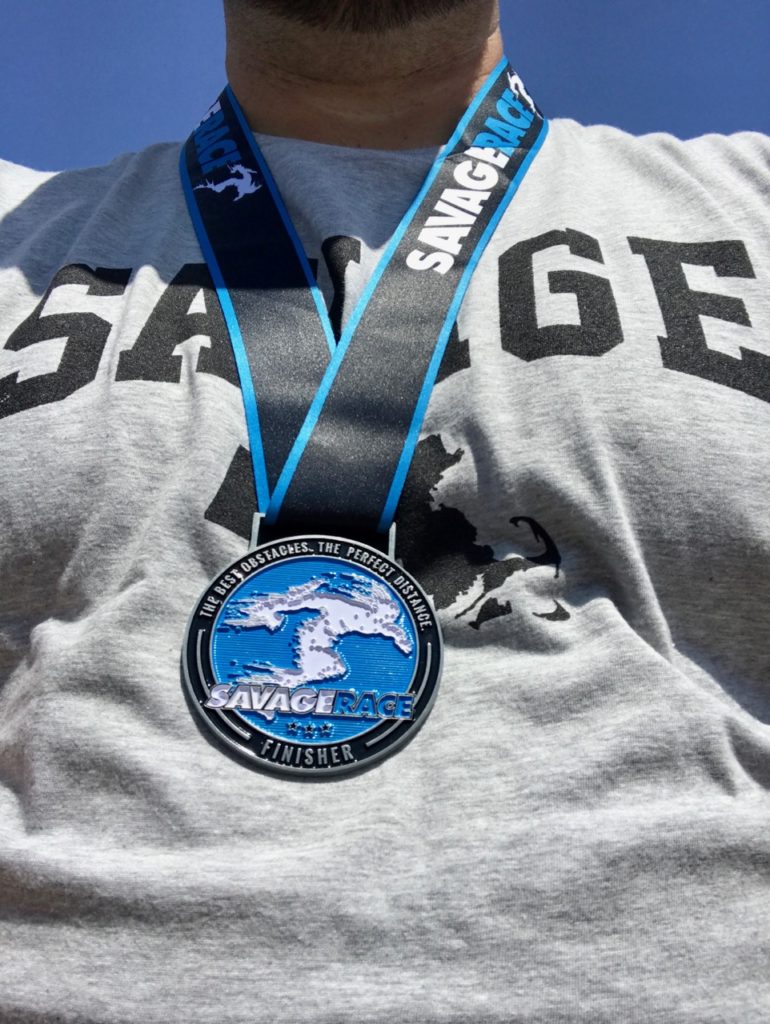 Clocking in at around 7.5 miles, the distance was attainable by everyone – and took us to area’s of Carter & Steven’s Farm we’ve rarely, or never seen. The terrain was the expected gnarly, tricky trail – open field, wooded trail and lots and lots of mud. No elevation to speak of, which I, frankly, am fine with. A water stop every couple of miles (three total) and tons and tons of water available (all in bottles, which caused some comment – but they do recycle them!).

And, those obstacle. Oh boy.

There are two kinds of obstacles I don’t excel at. Rig style obstacles and water obstacles. Savage Race love both kinds. Of course, I wasn’t running Pro, which means I didn’t have a band to keep – and there are no Open wave penalties, so I knew I could pick and chose. In the Pro wave, there was a roughly 50/50 split between those who kept their bands, and those who did not.

But no penalties in Open waves is the way to go. You do what YOU want. What YOU are comfortable with – and other than some teasing from your buddies, it’s your race to run how you want.

Of the signature obstacles we did see – the Savage Rig, Shriveled Richard (which I actually enjoyed!), Davey Jones’ locker (15’ jump into a 15’ pool – no thanks!), Collosus (nope, nope, nope) – we also saw Twirly Bird, Wheel World, Squeeze Play, Pole Cat (loved this one!), Big Cheese – one of the more unique walls out there, Tree Hugger, Hangarang, Mad Ladders (nailed it!), Saw Tooth, Barn Door, several Mud ’n’ Guts crawls, Block Party (one of the only pure strength obstacles out there) – and a few more surprises. 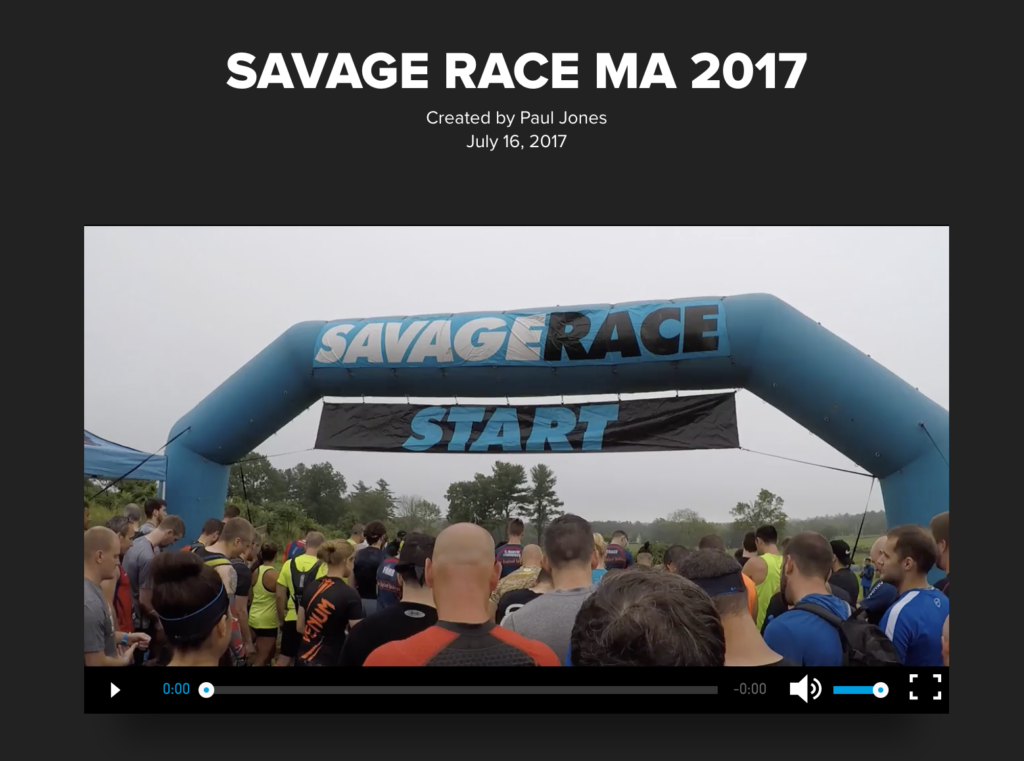 At the finish line, a neat finisher shirt in a nice material, an awesome medal – and if you wanted to do another lap, a second medal, a huge spinning Syndicate medal and an MA state pin.

All the usual stuff – great beer from Stone Cow Brewery, great food from Carter & Steven’s Farm and other vendors, Inov-8 were present and a well stocked Savage Race gear store – each handled well, flowed quickly (with the exception of bag check, ten minutes before our wave – I went twenty minutes before and was in and out in moments). Great volunteers (many of them NES members – thank you for giving up your time!).

(the kids race was great too!) 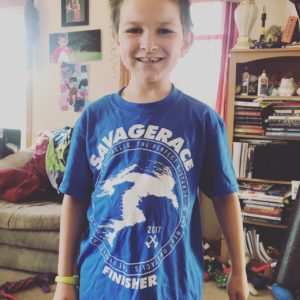 And, as I sit here on Sunday – not even 24h later – results have been sent to my inbox, many photos are ready (with more to come, we’re assured).

Savage Race – New England has waited a long long time to experience what you have to offer, and now we have it, you’ve got a new group of fans. I’ve just done something I never do – and registered for a race a year out – and registered my entire family.

See you back at Carter & Steven’s Farm, July 14th 2018. Click the very cold Robert and his Shriveled Richard to join us.

Got your own opinion? Leave a score right here – https://www.newenglandspahtens.com/community-reviews/savage-race/