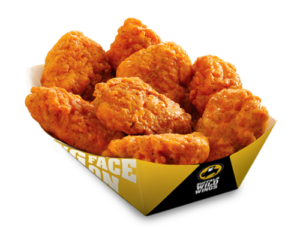 Buffalo Wild Wings is cool. I always get my boneless honey BBQ wings, and they’re the same, anywhere I go. Tasty, in a little cardboard tray, with sensory overload on TV. I get a Sam Adams with it, but sometimes I live dangerously and make a break from the normal, and get a Blue Moon. Bit of variety never hurt, right?

When I travel for work though, or when I’m taking friends and visiting family out … then I go to the local brew pub and get the duck bacon grilled cheese, or their seasonal lobster roll. Or the hole in the wall breakfast diner with pancakes bigger than my head. For a date night, I go to a slightly more upscale place, and get a daily special, and pick something from their craft beer menu – sometimes, I even let them make the suggestion for me.

Spartan Race is Buffalo Wild Wings. For the past several years you’ve been able to show up and get a consistently good, familiar product. “Comfort racing”, if you will.

The local OCR scene in New England is your breakfast diner, or your brew pub, or your high end local restaurant you take your wife on a date night, and dress up (i.e.: don’t wear a race shirt). Constantly changing, constantly varied, something for everyone – except, sometimes, the floor is a bit sticky. Always interesting, always pushing the boundaries. Always trying harder.

With than analogy aside (Thanks, Jess!)

We’re back at Carter and Stevens farm. Our first of three trips this 2016 OCR season, although I live close enough I go there for ice cream every now and then.

This trip was for the Spartan Race – Sprint edition. For many, the first step into the OCR world, and on the road to their first trifecta. For others, an annual tradition. I had figured out that this would be my 7th year at the “Boston” Sprint (non of which have been close to Boston). The festival hadn’t really changed much (the start line moved though), and after a few visits last year, the whole place felt very comfortable an familiar. 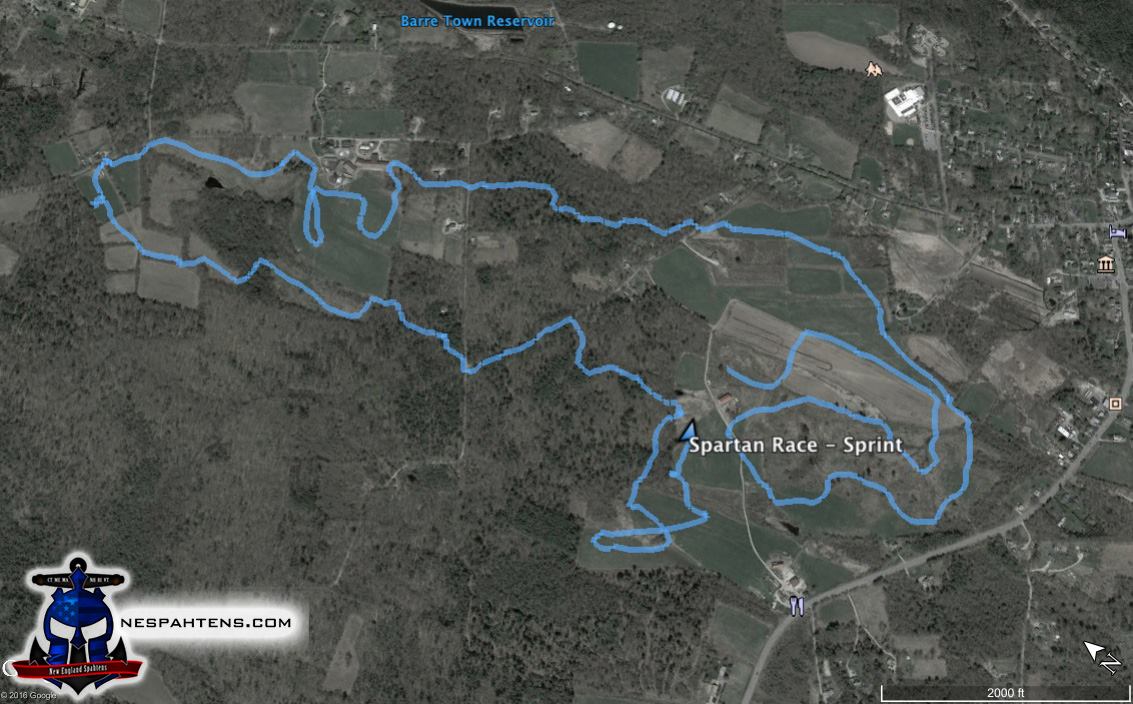 Lets talk about what they did right.

– ALL parking was off site this year. Volunteers, vendors – everyone. Fortunately, the bus service was flawless, with porta potties in the parking lot for those with long drives. As much as getting shuttle busses sucks – they are a fact of life these days – as was the $10 parking fee. As much as I really dislike getting shuttles, I never waited more than a couple of minutes to get rolling, and it was a short drive on both days. 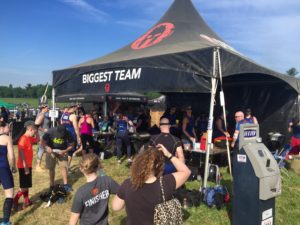 – Check-in was – again – flawless. We hadn’t received waivers in our inbox, so they needed filling out. Packet located, and through in minutes. My wife used the spectator check-in with our son later on in the day – no reported problems. I checked in as a spectator on Sunday with no hassle or delays.

– Festival – easy to navigate. Condensed enough that it always felt lively, but rarely too crowded. We had secured Biggest Team tent for the weekend, and this was centrally located, next to the brick oven pizza and beer. Our biggest team ceremony went off mostly without a hitch once a photographer was located, and we picked up our first stack of 2016 Biggest Team patches and our Biggest Team award (it went home with Shaina, who has been a member of the team, and team Ambassador since the very early days – enjoy it, Shaina!). Sundays wet award was a little damper, and more subdued.

– HUGE props to the kids course folks! My 7yo covered 3.5 miles of Kids Course racing – and had the time of his life! 5 laps!

– Carter and Stevens farm – our host – amazing food all day. From brick oven pizza to bbq. All kinds of frozen treats. Later in the day, BBQ and a band at their roadside shack. No worries about bringing your own bottles or food in either. They are impeccable hosts!

Lets talk about the negatives. 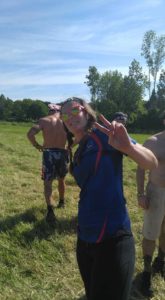 – Coors Lite as the only beer option? Come on …

– No pre-race email. In fact, only one, single mention of the Boston event on Spartan’s social media in the week leading to the race. They had another big race going on in Monterey, with all their elite points and media and such. If you pay attention to such things (and I do), then the Boston event – their oldest event – was definitely ignored by HQ this year. When it comes to HQ support, Boston felt like the “B” race this weekend – it showed, and I’m sure it was frustrating for the staff.

– The hoist – what the hell happened to the pulleys on this one? That was the single most challenging hoist I’ve ever done – and any dude under 200lbs was out. of. luck. Debate rages if it was pulleys, rope, weight … I’ve done enough of these things at enough venues, and the three I tried all had stiff pulleys.

– The course was simply too long for a Sprint. Call it “extra miles” or “more than you paid for” all you like, but it was very close to the 2015 Super in distance and route – and that screws the people who signed up for a “3+ mile” event. 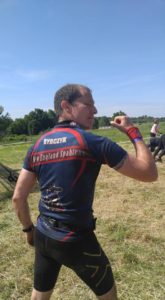 Now – if this is your first year of Spartan Race, or maybe even your first race – then you were treated to a solid series of obstacles that ranged from terrain (potholes, mud, trail, mud etc) and man made, signature Spartan obstacles – rope climbs, hoists, heavy carries, spear throw, climbing and similar things. You probably enjoyed them just fine, and I am NOT trying to take that away from you. I enjoyed them, just fine too. I had a great time. I think they do good obstacles. But …

If you did the 2015 races – the obstacles probably felt very familiar. Same if you ran in 2014. And 2013. In fact, there have been so few changes in the obstacle catalogue Spartan brings to these races in my 7 years at the “Boston” Sprint, it’s ridiculous. This is the leading OCR company out there. They won “most innovative” in Mud Run Guide’s 2015 awards, which is possible the most ironic award they could have won. They have the best people and staff – who are without fail the most enthusiastic, passionate people you could want to meet, the most active fans and the biggest community following them – and no one can produce and deploy a new obstacle or three? (I mean, of course they can – but for some reason, the powers that be at Spartan won’t let it happen). 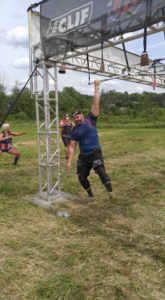 Why is this? Whats the deal? Spartan have taken their returning customers – the fan base – for granted. Everyone shows up, year after year, race after race looking for their next piece in the trifecta, their next delta – or to run with their buddies in their annual tradition event – and Spartan doesn’t have to change a single thing. Why change their secret sauce, when people keep coming back for their honey BBQ boneless wings, year after year?

What they want, are the newbies. People they can suck into the Spartan world, and the Spartan life style. People who haven’t gotten sick of saying “aroo” yet, and who haven’t realized that in three or four years – nothing will change at the race, but they will have changed …

Fortunately, this wasn’t a day for me to throw myself at obstacles and physical challenges. This was a frequently hilarious, casual slow walk through the woods with some of the best people in the world – people for who I will put up with a repeat of previous years course – because it’s not about the obstacles at Spartan. For me, or for them.

I come to Spartan for the people. New people finding our community for the first time, old friends I’ve run with for a few years now. I enjoy their course layout well enough, but obstacles and penalties and aroo aroo aroo and blah blah blah? 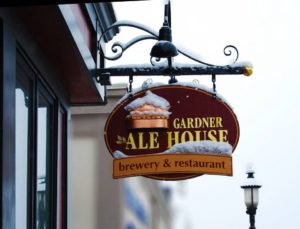 I was doubled up, holding onto a fence post, gasping for breath, it was so funny.

Our team of four – Josh, Jessica, Steve and myself had started in the 9:15am NES team wave, and trotted through to the first obstacle – a couple of large round hay bails. We were laughing, joking and generally having a good time, and approaching the obstacle, when Steve took off, sprinting ahead of our short group, clearly going for a running leap over the top.

When he tripped – instead of a graceful leap over the top, he took a head first tumble into the front of the giant hay bail, which didn’t even have the decency to move.

I’m glad he wasn’t hurt, because I was genuinely helpless with laugher for a good ten minutes.

Oh, and the Hurricane Heat looked pretty badass too. Back on form? Hopefully someone leaves us a review.

Do you have an opinion on this race? Leave us a review!