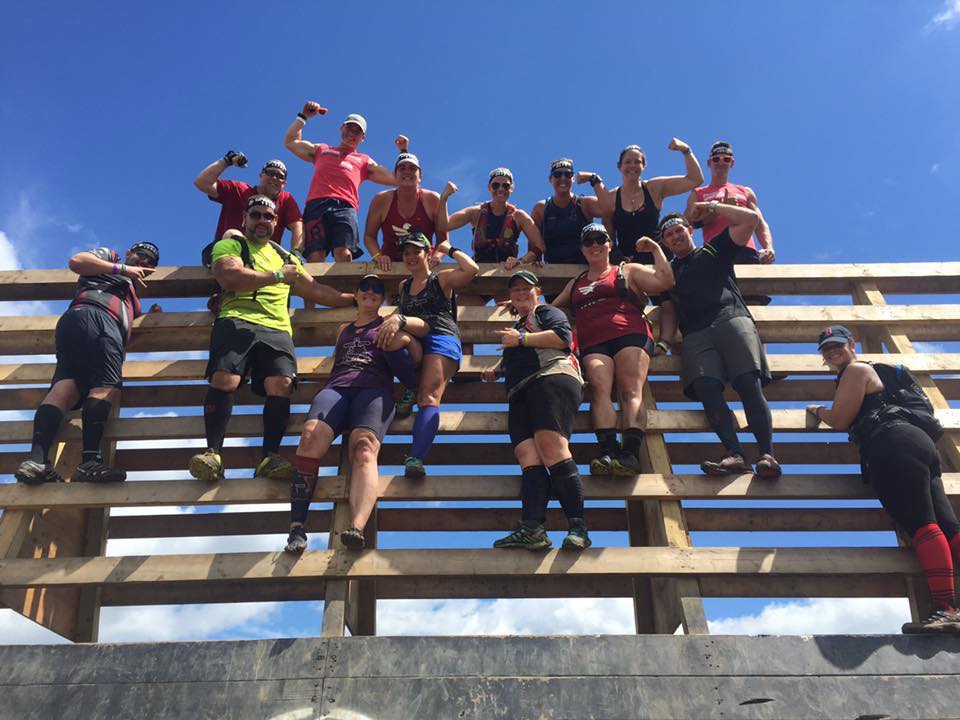 Shaina has ran many obstacle course races, and has been a New England Spahten from the beginning – one of our Ambassadors, she ran her first Competitive wave at the Super this past weekend. Thank you for contributing this Featured Review, Shaina! 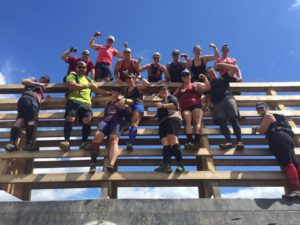 Spartan once again held their “Boston Super” at Cater & Stevens Farm in Barre, MA, despite the venue being over 70 miles away from Boston. This may be quiet inconvenient for many as the venue is far away from accommodations that would be plentiful in the actual Boston area. Spahtens have learned to take over Camp Colbrook which is quite close to the venue and a decently price d campground with plenty of amenities, such as a pool and a bar. The venue itself is a beautiful farm complete with a BBQ hut, homemade ice cream and the new Stone Cow Brewery (which is GOOD!). This makes it a great venue to actually bring family. The farm also provides a BBQ in the festival area along with ice cream and stone fired pizza (which is delicious!). One issue with the venue is the lack of elevation mixed with the lack of good footing due to most of the course outside of the woods being cow pastures. Because the New England Spahtens were the biggest team both days we got our own tent which was thoughtfully placed a bit away from everything else, purposefully so others were not using the tent as a refuge and waste disposal point.

Communication prior to the race is good as we got our pre-race e-mails over a week ahead of time,
letting us know about off site parking and costs. We even got an e-mail the day before with a heat
advisory and recommendation to bring water. The course had at least 4 waters stops, but the heat was
harsh and many of us brought nutrition and electrolytes in our water. If you didn’t bring your own
hydration and weren’t elite, you were wrong and probably had a rough time! This is more of an
endurance event and Spartan is kind enough, thanks to insurance policies, to provide a lot of water and
even Clif Shot Blocks (a sponsor) during the race. If you plan on continuing with races like this be sure
you get yourself prepared! 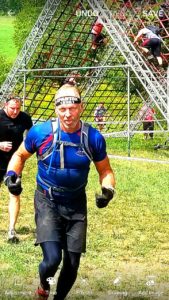 Going into this race I was a bit apprehensive. I like longer distance races, however, I would rather them on the mountain or in the woods, especially with the heat. Running is not quite my thing and I knew that going all out would be what much of this race was and it was my first time running competitively. I was not mistaken in my assumptions. The first two miles were very light on the obstacles, which also happen to always be the worst running miles as legs are warmed up. During those miles there were hay bales, a couple of 5 ft walls and a gut check . People’s legs cramped up pretty quick, though it did spread the field out a bit. Soon after we were on the cargo bridge, which is Spartan’s opening gate as you walk into the festival area under the bridge on stacked up cargo containers as racers are passing over. The rope climb came next, which has changed from the tall, wet ropes you have to climb up from water, to much shorter distance ropes due to going from nearly 3 feet of piled bark mulch. This led to the very short sandbag carry and almost right into the spear throw (curse you spear throw).

I’m going to cut in at this point and put in my own personal 2 cents. The spear throw is where this race
turned irritating for me. I joined the competitive heat to see where I would stand against people there
to race fully and completely. The open heat is great, however the rules are lose and standings are just
for show in many instances. Elite and competitive follow the same rules, must try every obstacle with no
aid, and only once, and must do 30 burpees if you fail. The spear throw is where people started skipping
burpees as there was no one there to ensure these were getting done (here and any burpee zone). It is
where I saw racers “helping” other racers complete their burpees also. How is that competitive? Go
here https://spartanrace.zendesk.com/hc/en-us/articles/211871038- What-you- need-to- know-about-
running-Elite- Competitive- for more info on the rules of the Elite and competitive heats. If you are out to
race with your friends and family for a fun time, do it in the open. Why does this bother me? Because
people I saw do this came ahead of me. In some instances, this could have been the difference between
being a OCRWC qualifier and not. If you cannot do the obstacles and burpees then think of the other
racers and go to open.

All racers should read the athlete guide to know what they are getting themselves into and what the rules are. Year after year we see people falling over with cramps and dehydration, slipping with improper footwear, even simply wallowing in the cotton shirt they wore. A simple read of the website and athlete guides may solve many of these problems! Just be prepared when you toe that start line, or defer defer defer!

Back to the race itself… The multi-rig was next in line and myself and many others were too sweaty and sandy from spear burpees to even attempt, though many attempts were futile due to the evilly place base balls mid-rig. The race rolled on after this with all the same that we expect from Spartan. The barbed wire crawl went into the rolling mud hills back and more barbed wire to the dunk wall (a bit of a change I guess?). There were walls that were tough due to the muddy conditions after a stormy night, an A-frame, atlas stone, bucket carry, and Stairway to Sparta, followed up by a sled you got to walk and pull and a sled you got to pull up a hill. Then another long back and forth through the woods, putting those miles in that we paid for to get that coveted middle of the Trifecta blue medal. The race ends with a slope wall and a fire jump that was a bit iffy for me after going all out on the last mile of trail runs.

The race overall for me was OK. I think I was miffed at the competitive aspect and let it get to me too
much at points and got very angry about all the running and the lack of obstacles, though this Super did
come for me after 5 laps of Shale Hill obstacle awesomeness the weekend before. No, Shale obstacles
are not practical for a company that is moving around the US and needs superfast turned around. I’ve
worked quite a few builds, and actually cut and built some obstacles. It’s time consuming, expensive and
very tough. However, this course didn’t even have Monkey Bars. Tough Mudder seems to be able to
come up with new obstacles quite often. I will Spartan would be a bit more innovative and more
obstacle focused since they are the leading “obstacle” race. 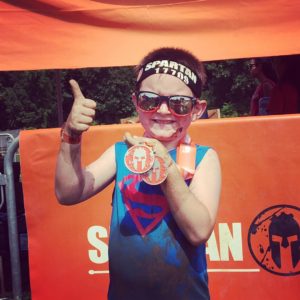 I must speak a bit to the Spartan Kids’ Course in my review since my kids were surprised with their own OCR on Saturday. I did not plan for them to do the race since our past experiences with the Spartan Kids’
race was less than thrilling, more of a trail run and left me with kids wondering why they didn’t get cool obstacles like Mom. On my volunteer build shift my friend and I were thrown in with the Kids’ Course build crew and spent the day building mini Spartan obstacles- even a rope climb for the oldest kids! I couldn’t let my kids miss this awesome course and they truly had a blast. Had we not had to leave they probably would have done more than one lap each.

If Spartan chooses this venue again for a Super I probably will return. I’ll return for the farm, for the kids’ race, for the well-done festival area, and of course the Spahtens. I will volunteer again because I really love doing it, and therefore I will race again. My expectations, however, will remain the same, and Spartan seems to be happy that way. Hey, it’s the most cost effective, right?