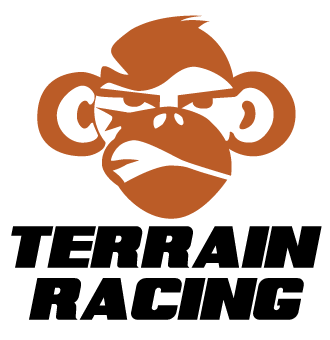 Terrain Racing is a nationwide brand hosting events all over the United States. This past weekend they held their New England Event at Thompson Motor Speedway. It is approximately the length of a 5k, advertises fun obstacles, mud, and a good time. On course, this promise is delivered. Off course, there were a few hiccups. 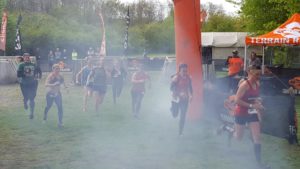 First off, Terrain Racing is well known for having affordable pricing. It’s cheap enough that you could get your whole family in for the price of what you might pay for yourself at other nationwide brands. They offer a timed competitive wave, open waves going off every fifteen minutes until 1pm, as well as a multilap option at select locations. The New England event was a location did offer unlimited laps. There is also a kids event which is called the Mini Monkey half mile.

Thompson Motor Speedway is a location that some may find boring or too easy. I personally enjoy this location. It’s flat, there is some running on asphalt, as well as the occasional backtracking to get the mileage.

Parking was a breeze and within easy walking distance to registration and the festival. However, parking was expensive. Leading up to race day on the racer info page, parking was listed to be between $15 to $25. When someone questioned it on the Terrain Race: New England 2018 facebook event page, Terrain Racing responded that it was a venue set price and not something that they could always control. Upon arrival at Thompson Motor Speedway, parking was indeed $15. This was a bit of a downside having the parking fee be so high. 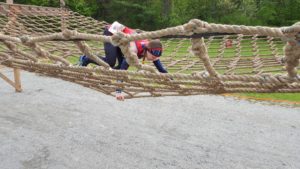 At the registration tables, runners had to be ready with a paper waiver and the QR code that was emailed to them. It was simple enough and the line moved rather quickly. The festival area had a clear view of both the starting line as well as the final obstacle and finish line. There were two trucks offering food for sale as well as a beer tent. One thing to note, there was no free beer at the end of this race. The festival area also included a merch tent as well as gear check and a booth for professional photo ops. New England Spahtens had access to the Biggest Team tent where there was a cooler of water and cups was available. One drawback to the festival area was the loud ka-pow to start each heat. It was reminiscent of a gunshot and continuously startled spectators and runners alike in the festival area. 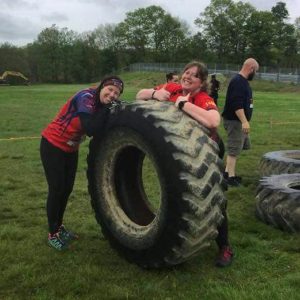 Something that I really enjoy about Terrain Race is their obstacles. They have a variety of obstacles that range in difficulty. Not only do they have the usual walls or rigs, Terrain Race also incorporated a lot of strength obstacles as well. The first obstacle comes before participants even cross the start line. There are three pools for people to start in. Other obstacles that participants would find were a variety of rigs. There was one similar to a tarzan swing where you had to start on a short rope, go to a long rope, to a ring, then back to a short rope. Another rig set up had balls and pipes to traverse across. There were a few different sized walls, including one to climb up with a rope then swing over and climb back down like a ladder. A couple of the different obstacles that could be found included cargo nets. The first being where participants climbed up the apparatus on pipes, then traversed across the top of cargo netting before climbing down the cargo net to the ground. The other was the final obstacle which incorporated a balance beam up to the cargo net to then crawl across before having a pole to slide down. 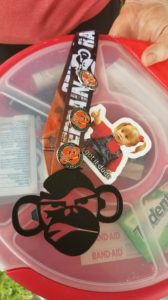 Upon completion of the race participants received an angry monkey medal and a shirt. This year the medal was also a magnet, however the race name was on the same side as the magnets which was an odd design choice. It also features two bottle openers, each ear of the monkey is one. The ribbon is dated with 2018 which is something that I personally appreciate. The t-shirt was black this year, which is better than the white of last year. However it is a heavy cotton. For those who participated in unlimited laps, they also received pins to commemorate their extra laps. The pins were quite nice being enamel.

Over all, Terrain Race offers a fun course with a great assortment of obstacles. They fall a bit flat on the shirt quality and parking fees. Some may even say the lack of a free beer is a shortcoming too. However, for the price of their event they do offer a fun time for the whole family. There’s a bit of something for everyone, whether you’re a competitive racer, someone who enjoys multilapping, or are looking for an event to take the whole family to.