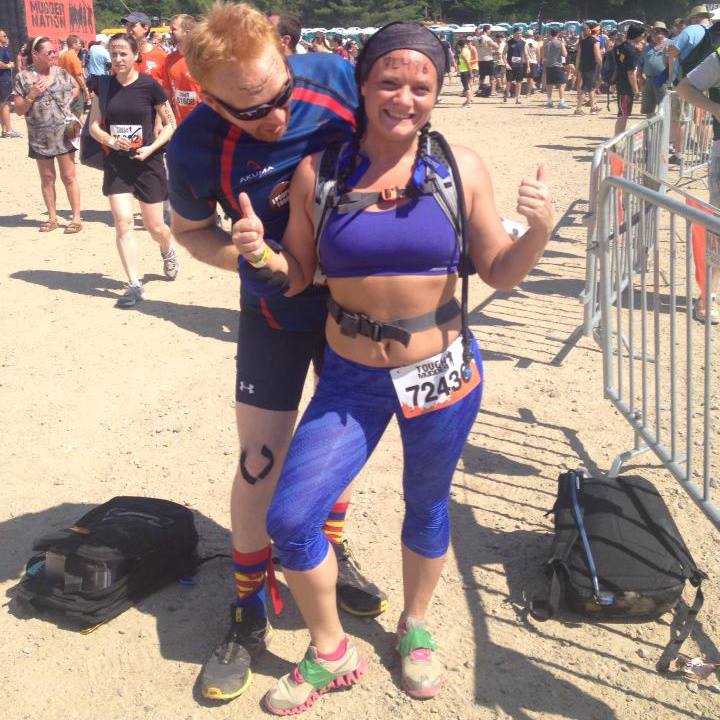 Jeremy “Batman” Fedderly took a spin of the “not even close to” Boston Tough Mudder this past weekend – and came back to us with a featured review – thanks!

You can read more reviews from the team here, and send us your own review too! 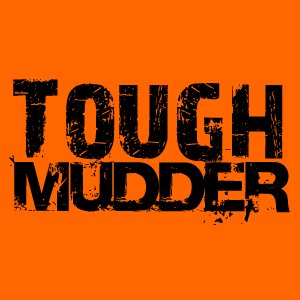 On Saturday I had the pleasure of running Tough Mudder’s  “Boston” event at Gunstock Mountain resort in NH.  Having run one of them before, I went into it ready for plenty of water and electricity obstacles. 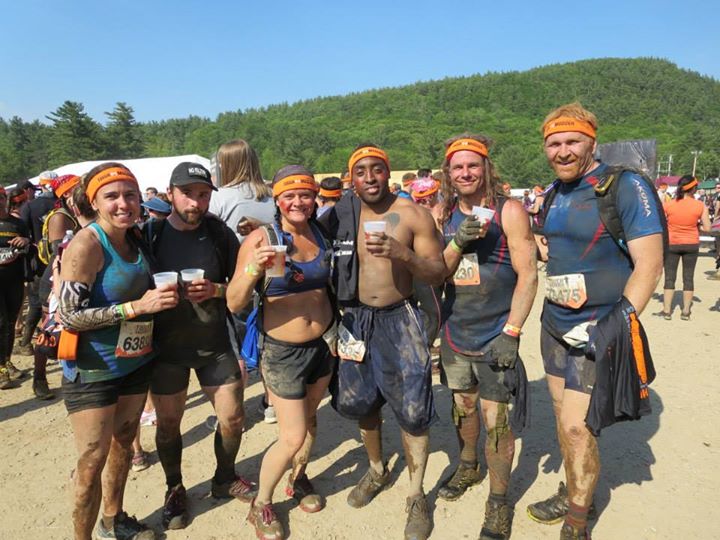 I arrived Saturday morning to the parking area, which was at New Hampshire Motor Speedway. From there, you had to take a 30-45 minute bus ride to the actual race site. This was a little inconvenient, but expected.

We arrived at the mountain at around 10:30 with at start time of 11:45. At first glance, we weren’t sure if we would make it in time. The crowd was overwhelming! There was a lot more people there than the last one I went to. We made our way over to the check-in area. Despite the crowds, check-in was very smooth and expeditious. We were through within 5 minutes.

We got ready for the race and made our way over to the start. One of the biggest worries of the day for everyone there was the heat.. it was unbearably hot! We lathered up in sunscreen and jumped the initial wall into the starting area, where the MC was just starting the Tough Mudder opening speech for our wave. One thing Tough Mudder has always done well, and today was no different, they motivate everyone to have a great time. To help accommodate the dangers of being in the heat, they even added 6 more water stations to the course! Great idea, TM. Good on you.

There were the usual obstacles you see at Tough Mudder. The Arctic Enema, Barbed Wire Crawl, Berlin Walls, Electric Eel, Walk the Plank, Funky Monkey, Everest, Electroshock Therapy.. It seemed very lacking in the barbed wire and wall jumping department, and it didn’t seem as though there was anything new. The only difference I could see from this one and the last one was a buddy carry over a short distance. I still couldn’t make it across the Funky Monkey, there’s something about those incline monkey bars that kill me every time. (any advice would be great!) The Electric Eel and Electroshock Therapy was disappointing. Compared to the last time, it was almost like the electricity wasn’t even on.

The Walk the Plank obstacle had to be shut down before we could get to it. It wasn’t until later that I heard that the obstacle itself had collapsed with people on it! Reports from Tough Mudder in an email claim that no one was hurt. How does something like this happen?? Construction issue? Design flaw? The issue I have with this is that it is a common obstacle in their races. Something like this shouldn’t be happening.

The lines seemed to move pretty smoothly through the obstacles. There was only one obstacle I can think of that we had a significant wait time for. There were these two elevated logs you had to pull yourself over. By the time you made it to them, you were too muddy to make it over on your own, so everyone was helping each other over them. Those that tried to get over on their own either slipped off and got hurt or scraped up their arms trying to claw their way over. Other than that, the course itself ran pretty smoothly.

The venue was great. Tough Mudder did a great job mapping out the course. There were a few hills in the beginning of the course to help get you warmed up, then they stepped it up for the last few miles with lots of challenging inclines. I have also always been happy with their spectator routes. Being able to stop and see the family halfway through the course was great. So far, Ruckus and Tough Mudder are the only races I have seen that handle the spectating well. 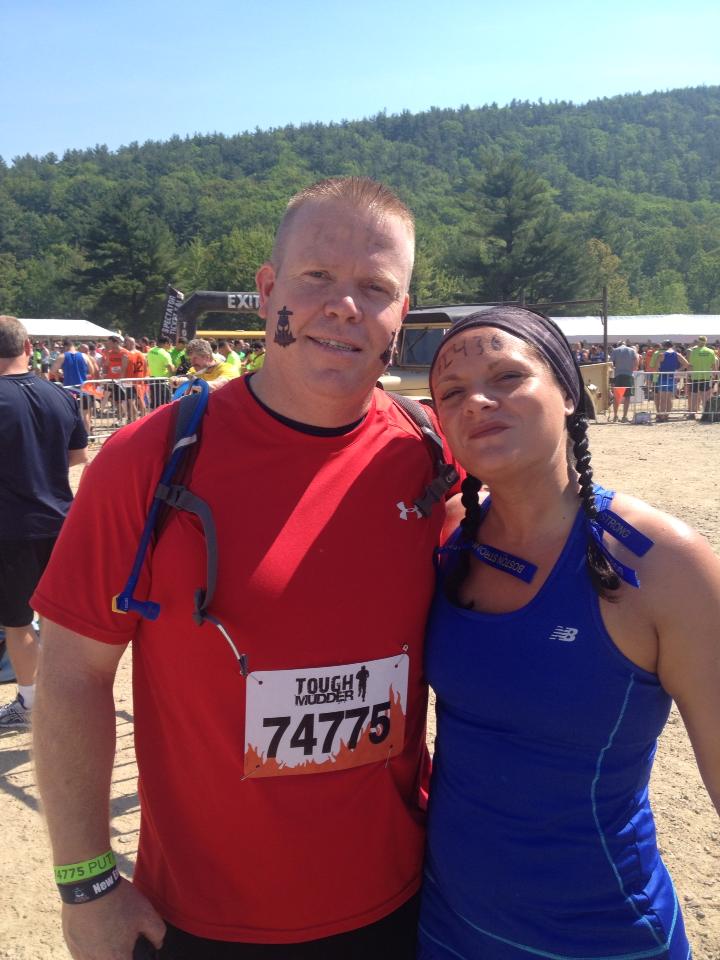 We finished up the race, grabbed our headbands and free beers, and made our way to the bus area. Immediately, we were turned around by a HUGE line at the bus loading area! Some people we talked to said they had been waiting for around 40 minutes to get on a bus. We decided to wait in the shade to avoid the heat while the lines died down. I don’t think that there was anything Tough Mudder could have done to prevent this from happening. The buses seemed to be running pretty smoothly.

We did have an issue with the buses themselves. They were coded by specific parking lots, and that wasn’t communicated very well to the runners/spectators. Many people got onto a random bus, and was taken to a completely different lot from their car.

So overall, the course itself was fun. I don’t think it was anything special. I can’t justify spending that amount of money to go again when I can get the same experience for half the money with a different race, but it was a great time in the mud with some friends.