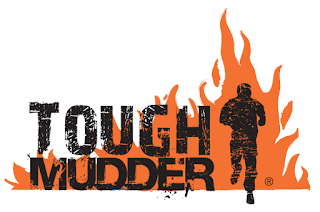 On Sunday, June 26, I took part in my fifth Tough Mudder. After four years of racing at Mount Snow in Dover, Vermont, the Tough Mudder crew moved this year’s New England event to Charlton, Massachusetts and renamed it Tough Mudder Boston.

In addition to a new venue, the course took on a new format. In the past, Tough Mudder has focused their efforts on a 10 mile-course format. Recently, they have diversified their offerings and now offer a 5K version and  a 5 mile Tough Mudder Half option, in addition to the 10 mile Tough Mudder Full. Furthermore, there is Tougher Mudder, a 10 mile timed option, and Toughest Mudder, an 8 hour overnight race where racers do as many laps of the course as they can. To be honest this is a bit much to keep track of. As a person who’s been doing Tough Mudders since 2013, I have a bit of nostalgia for the old days. And I have more than a little curiosity about how all these new distances are working for Tough Mudder and what will stay around. I raced the Tough Mudder Full, and definitely felt like there was an impact on my experience due to the new format. More on that later.

My best friend, Serah, and I arrived at 508 International in Charlton, Massachusetts at around 9:30 a.m. for my 10:30 a.m. Tough Mudder wave. Rule of thumb is that your arrive an hour early. Parking was onsite and walking distance, which convenient. It was a bit disorganized. Honestly, if I hadn’t pre-paid for parking online, I doubt the volunteers would have realized they needed to charge us.

We parked and headed over to the entrance. There was quite a long line because the gates were not open yet, even though Tough Mudder had requested people come an hour before their wave time. I think the original plan might have been to open the gates at 10:00 a.m., but the line started moving at around 9:50 a.m. We moved fairly efficiently, but it wasn’t until after 10:00 a.m. that Serah and I got inside. By the time I used the bathroom and coordinated myself to head over to bag check, there wasn’t time to check my bag before our wave started — the line was just too long. I was lucky to have Serah to help out, but this would have been a big problem if I was running solo and could have been avoided by having registration open at 9:30 a.m.

I headed into the starting area and lined up with my fellow NE Spahtens. I had an interesting focus going into Tough Mudder this year. In recent years, I had taken on this race as a fun event where I hung out with friends, we had a fun day on the course, and I wasn’t too worried about pushing myself. This year, I wanted Tough Mudder to be an early test of my fitness. It was my first obstacle course race of the season (since I don’t seriously race in the winter). I have been training hard with “the coaches” (aka. Hart Strength and Endurance) for months, and I wanted to test my fitness at a low-stakes race. I was curious to see if there were improvements in my grip on upper-body-intensive obstacles and how my endurance would be running the entire course. With that in mind, I hit it hard out of the gate at the sound of the starting signal. 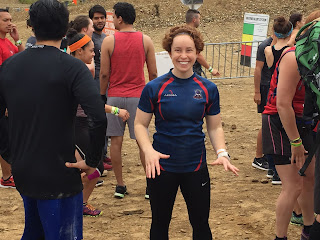 The full Tough Mudder course was (re)designed for 2018 to be two laps of a 5 mile course. The second lap mostly followed the first with some side trails to pick-up new obstacles. This meant more obstacles, but it also meant repetition, which I wasn’t too keen on. We had to do 26 obstacles total. Of those 26, several were repeats, so there were 19 unique obstacles.

More critically, the double laps meant back-ups. Because I ran hard from the starting line, I was able to clear my first lap at Tough Mudder in about 1:18, ahead of much of the pack. No back-ups. Unfortunately, my second lap ran into a snag from the start. At the first obstacle, I encountered much of the 11:30 a.m. wave, which had just started. There were just too many people on the course. This meant that I had to zig and zag to get around folks on the second lap quite a bit. Having the 5K, Half, and Full courses overlap led to way more people on the course and more back-ups. People handle Tough Mudder differently — some people walk, some people run. Having lots of people on the course and having new athletes attracted to the course with the new distanced offered translated to more people walking. Totally great because I love seeing more people at obstacle course races. The challenge was wanting to run and having to navigate around lots of people who were wanting to walk. It ended up being stressful for both me and them and translated to a less fun time. 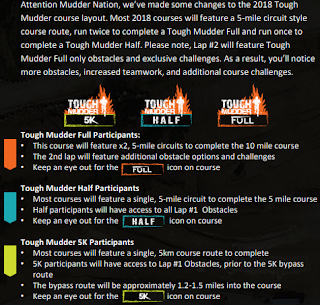 The double lap course was also not constructive to spectating, as Serah and I unfortunately found out. One of the great things about Tough Mudder in the past is that Serah has been able to have great spectating opportunities. This year’s course was less well organized for that effort. We lost track of each other after the first three obstacles and weren’t able to reconnect until the end, which was sad for us. Having a spectator there is super fun — every time I saw Serah at the beginning I was pumped — and it would have been great if we could have seen each other more.
Feelings about the course layout aside, I was pleased with the obstacles at the Boston 2018 event. There were some great upper-body-intensive obstacles that really challenged me. The new obstacle at the finish line, Happy Ending, was a fun update. Electroshock Therapy, the common obstacle where you run through electric wires at the finish, was moved to mid-course. I went around it. You’ve been shocked once or twice and it’s enough, as far as I’m concerned. I am more interested in challenging my fitness instead of doing unpleasant things to my body at this point. I have done it; I have “proven” myself; I didn’t like it. No need to repeat year over year. (Note: Same for Arctic Enema, where you have to jump into ice water.) 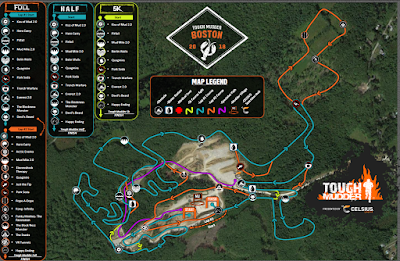 Below are some of the highlights and new obstacles from this year’s event. In between these obstacles were some classics, such as Arctic Enema, Berlin Walls, and Devil’s Beard, plus lots and lots of mud pits and crawls, such as Kiss of Mud 2.0 and Mud Mile 2.0. 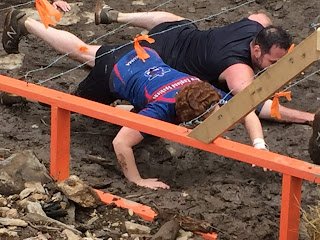 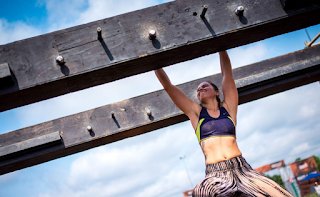 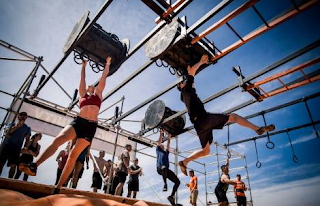 I crossed the finish in 2:57, with a course distance of just over 11 miles. Tough Mudder Boston was a good time. I raced hard, and I did well. It was a good test of my fitness, and there were some fun obstacles. The new format is a big downer to me. Tough Mudder’s signature ~10 mile distance almost seemed like an afterthought. Maybe their data bears out that growth is at the other distances, but as a Mudder of many years, I was a bit disappointed. The double lap was less fun and logistically complicated with back-ups.

I think that Tough Mudder is in a bit of a transition period. They’re trying new stuff to see what sticks. Good idea. I am interested to see where they are in 2019. I have no doubt I’ll run a Tough Mudder again. If that’s in a year or two remains to be seen. I might want to wait to see what the course format will be like next year before committing. Tough Mudder has a good brand. I hope they get some focus back on their traditional distance and bring back the excellent spectator experience of year’s past. If so, you’ll see me and Serah there.