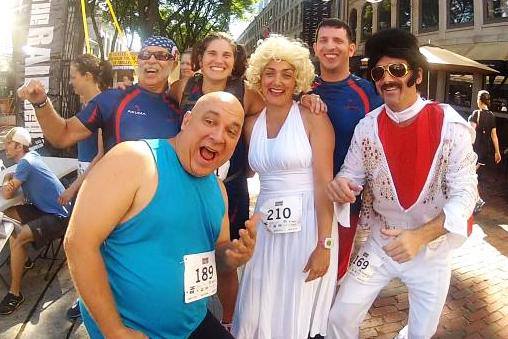 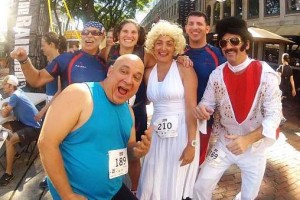 The idea of an OCR in a city atmosphere intrigued me when I first heard of Urban Raid earlier this year. I’ve been doing the OCR thing for nearly 2 years now, so I’ve seen several variations on the standard obstacles. Up until this past weekend, I had never seen one done where there wasn’t at least a small jaunt off-road. This is my take.

The location was downtown Boston: More specifically City Hall Plaza, Faneuil Hall, and the surrounding areas. “Travel” for me meant getting from my house to Quincy Adams T station and hopping on a train to Park Street – a common trek for someone on the South Shore intending to get into the city. I am sure there were some reasonable parking situations nearby, but I simply don’t drive in the city unless it is necessary. Five dollars round trip on the train, plus another seven for parking. Not a huge deal at all, and super stress free. From here it was a walk up Tremont Street to City Hall Plaza proper. I expected to see some craziness set up here, but discovered a carnival set up instead. As we arrived on location, the hunt was on for Registration. We walked across to the market area and found the start/finish line. Continuing to the end of Faneuil Hall we found Registration – denoted by some rather large sign boards that said Urban Series and Urban Raid. There wasn’t really any signage pointing you in this direction, but as people started to gather it was an easy find. At registration, you received your bib and a shoe timer strip. Shirts were $20.

We headed to the starting line as the waves started off. A new group of people were let loose every 5 minutes. Initially, I thought this was going to cause a bottleneck, but I never came upon one. The course was a runner’s course, flat and fast. The obstacles were mostly on the scale of easy with a couple of challenging ones thrown in. Plastic barriers were used as hurdles in several locations, there were also a series of equestrian-like hurdles (a bar hooked over the top of traffic cones) that served as a nice modification. Also found were monkey bars, sandbag carry, and Marine Hurdles. The line up of obstacles working your way to the finish line were great. Spartan Race has their fire jump. Tough Mudder has their Leap of Faith. Urban Race has this! Climb a rope, then rappel down a slanted wall. Follow that up with a standard 8 foot wall, accommodating all abilities with rock climbing grips and foot holds, and a sprint to the finish – you’re done!

In general the course was fairly easy, but their trademark obstacle was both challenging and fun. Running on cobblestones is a challenge as well and not something we do very often

It was a hot day in downtown Boston, so when I was finished running I happily chugged the water that was given to me. I then jogged on over to the Zico tent for a tasty Chocolate flavored coconut water. Kind bars were in attendance as well as Core Power and there was even an Air Force presence. The after party was held at Ned Devine’s but we weren’t in the mood for our earned Shipyard brews – yay for local brewery support though!

I was kind of bummed at the lack of t-shirts and bling. Honestly, the t-shirt situation didn’t bother me that much as my shirt collection grows fairly frequently and quickly. I am always sad at the lack of bling, though – it’s a nostalgia thing I guess… However, I was happy to discover they were handing out Hoorags at the finish line! That being said, by the time I crossed the finish line it seemed they had run out. Thankfully Jeff ran 2 times and happily gave me one of his…crisis (and super sad Ninja Jessi) averted! 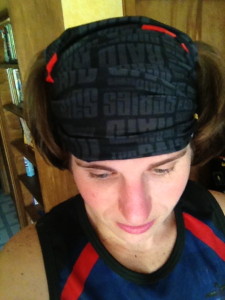 Overall, the race was fairly well organized. I can’t imagine it is easy to orchestrate something like this in Boston on a Saturday morning. I will definitely put this on my list for next year with higher expectations.