Wason Pond Pounder has been a part of Race Local since the beginning. It’s a small race located at a beautiful park in Chester, NH. It’s not the race with the biggest attendance, toughest obstacles, or steepest hills, but it’s a great 5K and features 24 obstacles. The best part, in my opinion, is that 100% of profits are donated to local charities. 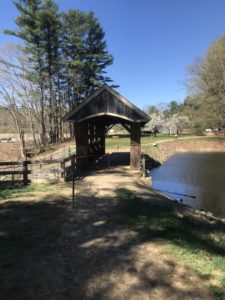 Like most races, parking is not allowed on site. The parking lot is about 2 miles away, with shuttle buses running fairly regularly. The check-in process was smooth and fast, with volunteers who were polite and smiling. Bib numbers were posted at the entrance, a table was provided for signing waivers, bibs and timing chips were obtained at the next table, and t-shirts and swag bags were at the last table. Multilapping is allowed for $10 per lap, and even has its own table to make it a very easy process. Bag check is free and there are several vendor tables. The local fire station sells burgers, which smell great even at 8:30 am. There is no medal at this event. However, you’ll find water, several types of fruit, and cheese sticks at the finish line. There are plenty of porta-potties and there is a large changing tent. The swag bag was actually really impressive. Now, I usually peek into a swag bag, see that it’s mostly flyers and maybe a sticker, and throw the whole thing in the recycling bin. This bag has a few flyers and stickers, but it also has a cooling towel, 3 pens, a pad of paper, one of those sticks that has the anti-itch stuff that you can use on a bug bite, and a set of ear buds. Seriously, this is the first swag bag I was happy to open for a long time! 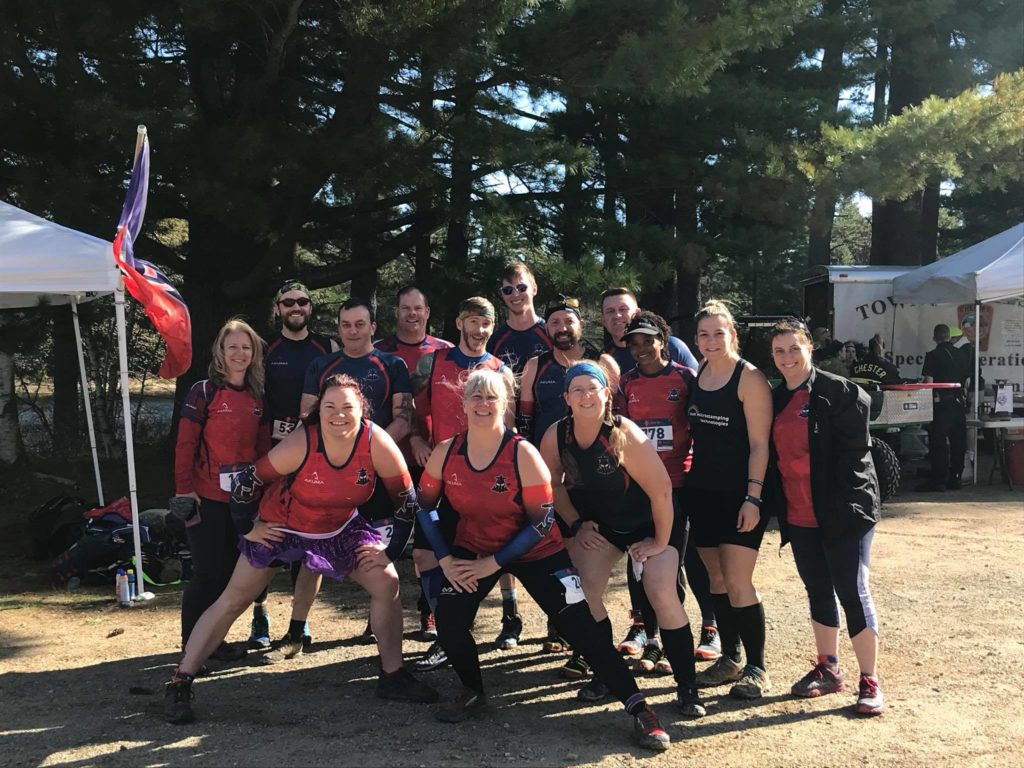 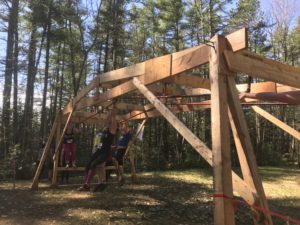 Although it is a very small race, the first wave is competitive and offers a cash prize to the winners. After that, waves go off every 20 minutes, including the final 3 waves which are considered family waves. Bring your kids as young as 8 years old! The waves were on time all day and the course was rarely crowded. In fact, the only time a crowd tends to form on this course is when a large group is trying to stay together. I’ve found that these groups tend to be very happy to let smaller groups pass by.

While the obstacles aren’t generally as tough as at some of the bigger races, there are some challenges on course. There is a set of monkey bars, an overhead pipe traverse, a sandbag carry, and an inverted wall. 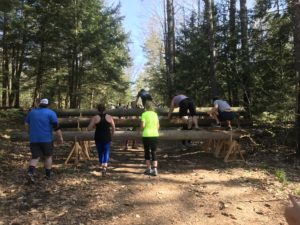 They have an option of climbing a rope or a cargo net, with the rope climb being made a bit more difficult by being just after a water crossing. They have an obstacle called “wobbly docks”, which is four or five small docks roped together across a shallow bit of water. They look quite tricky, and people do fall in, but they are completely doable as long as you keep moving. While there is no real mud on the course, there is a water crossing where you’ll get wet above your knees, and there is a slide into the water where you’ll get completely wet. There is a crawl through the sand earlier in the race, though, so you’ll be happy to wash some of the sand off in the pond. Every obstacle was well built and sturdy, and there was at least one volunteer stationed at every obstacle. There is one water station placed strategically so that racers will pass by twice. The course does zig-zag a lot, so it’s easy to spot friends on the course even if you’re not racing together. Altogether, the gently rolling hills through the beautiful woods and the fun obstacles make this quite an enjoyable race.