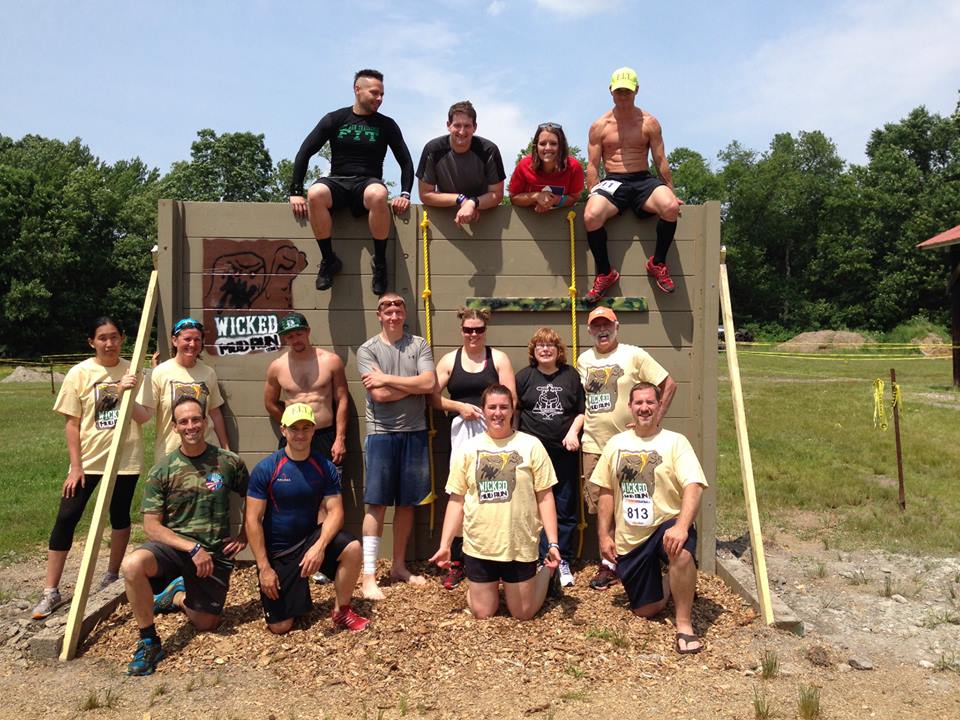 Katie Webber was the Race Co-Ordinator for the first Wicked Mud Run, held on the same weekend as the Death Race.  I can’t thank her enough for her efforts in building a great volunteer crew, and working directly with the race director to make sure the Spahtens were well represented and looked after! Here’s to a long, happy life for the Wicked Mud Run race!

You can read more reviews from the team (and leave your own) here: Community Reviews

I had the please of serving as the race coordinator for the NE Spahtens for the inaugural Wicked Mud Run race on June 22.   Paul gave me the assignment pretty last minute…and it was competing with the Death Race for NE Spahten attendance, but over all I think the team had a good time and made an impact both as a major chunk of the volunteer staff as well as top finishers!

I think this RC system is fantastic for our team that is growing faster than we can even process! It really helps to have one point person to go to, and I think it really helps the RDs instead of having hundreds of people emailing them asking the same questions.

As far as working with the Race Directors goes, Dan and Ray seem like really passionate guys out there not trying to just make a profit.  Despite some issues with volunteers list and racer lists, we made it work and I think everyone was accounted for.

A few issues I had before even going into the race was the price of the race. It was a little steep for a brand new OCR that is not known at all.  I realize that there are major costs that go into these races, but they are popping up every where and OCRers need to be smart about how much they are paying and if the race is SAFE.    The competition is HOT and RDs really need to deliver.   We did REALLY appreciate the team discount of 20 bucks off, however because the code kept getting extended to different dates and I had no idea what to tell people for a deadline, some people kind of just blew off this race. Other people were frustrated because they thought those deadlines were set and they signed up only to find out that the code had been extended (again and again).  Dan and Ray were GREAT about refunding people when that happened though.  They were also great about all the transfers and stuff that we had going on.

As for the even itself, it was a pretty successful starter.  The event was in a new OCR location for me; it was at the Bolton Fairgrounds in the Lancaster area.  It was a VERY beautiful venue with a lot of potential for some of these shorter but still high quality OCRs.  Parking and spectators were free which was GREAT! Only about 150 registered for the event, which was a bummer for them I am sure. I personally volunteered so I got a pretty good look at stuff from behind the scenes that I will be happy to share with the RDs.

Some things I would suggest for the future would be making sure you have enough materials for all the volunteers: volunteer shirts, pens, petty cash, replacements for when they run the race, etc.  The volunteers racing and not having replacements was something I brought up to Dan via email a couple weeks beforehand, but it did was still very disorganized. Because most of our volunteers have done all this before, we knew how to help Dan figure out the situation and we had fun racing in the final heat.

The course itself was advertised as a 5k, but one of our teammates used a GPS watch and found it was around 2.7mi. That is a little disappointing.  I felt that the course was a lot of running and not very well laid out, as they often had us running around the same small hill, or running up and down lanes they had roped off. I felt like we were cattle being herded. The obstacles were great starter obstacles.  For someone who has never run an OCR, this might be a great intro, but it fell short for my personal expectations and was far to easy. Infact, it might be similar to something of a kids race.  They had some moats, some walls (short walls, tall with rope, tall but with foot holes), tire pile, some fencing laid horizontal to crawl under, and walking through the pond a couple times.  I believe Dan said they were supposed to have more, but stuff fell through.

The sponsors were great—NRG bar, Inov8, Sports Authority, Nantucket Beer (?).  I did not see much from the sponsors other than the beer and the NRG bars (which I think is owned by the RD).  Another perk was the free food and 2 free beers for racers.

There were no shirts (only $20 shirts for sale) nor medals—touchy subject after Ruckus—but there were….can ya guess??? Pint glasses! TOO SOON!   Dan did say however, they plan to BOTH glasses and medals for future races.  They are also planning a kid’s race for future events.

NE Spahtens won largest team so some prizes will be coming our way shortly—stay tuned for that!   Dan also asked for our feedback and everyone gave it.  He took it all well and was really honest with us about the future of Wicked Mud Runs.    All and all I think they might have something here. I think they were just in over their heads and it was not as well planned and executed as  they had probably hoped.  They have a great attitude about it and are graciously accepting tons of feedback.  This is an oversaturated market with many new races dropping like flies because they cannot stand up to what some of the bigger companies can offer.  Dan said that they do not want to be the next Tough Mudder or Spartan Race; they just want to provide a family-friendly event that people will enjoy.  As long as they provide an event that is safe, fun, UNIQUE, and challenging they will probably do well!