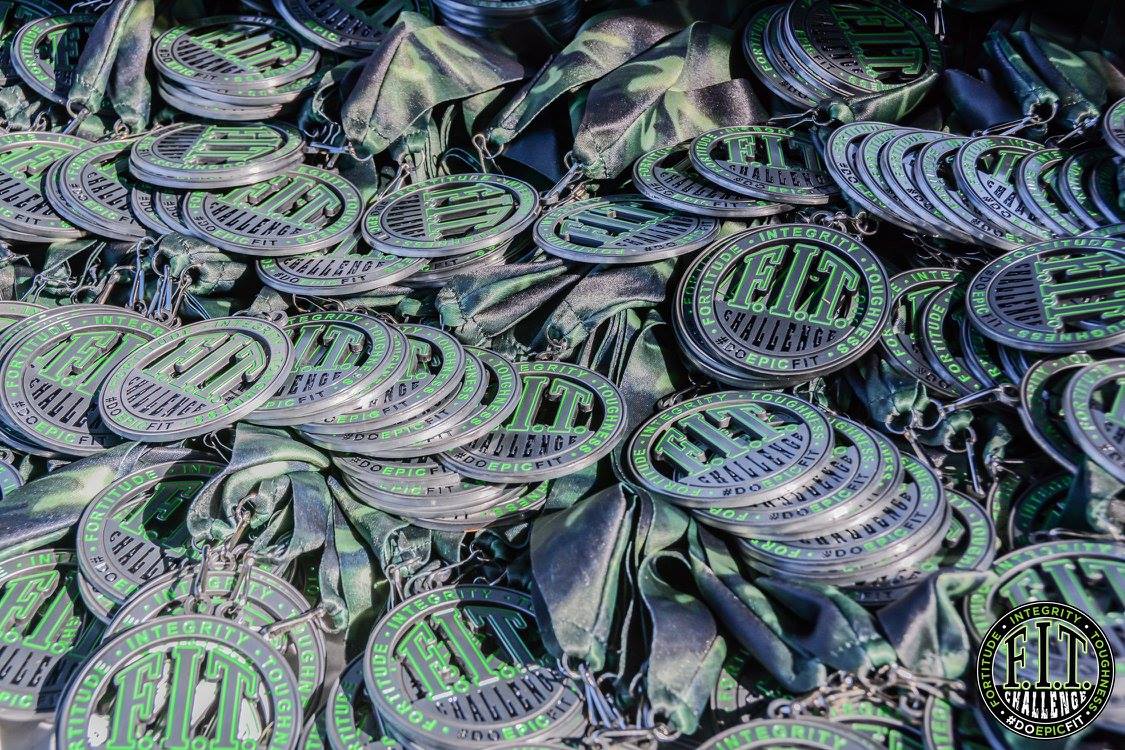 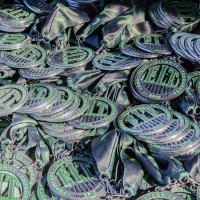 Saturday many of us, over 200 actually, Spahtens found ourselves back at Diamond Hill Park in Cumberland, Rhode Island to attempt the 6th FIT Challenge, put on by one of our own, Robb McCoy, with the assistance of Aaron Farb and Scott Sweeney. The course is a roughly 3.5 mile course, this year sporting around 40 obstacles, and multiple steep climbs up the “hill” to get a total of approximately 1000 feet of elevation gained throughout the race. This is a race with a history of challenging all fitness levels and our expectations were, yet again, exceeded. 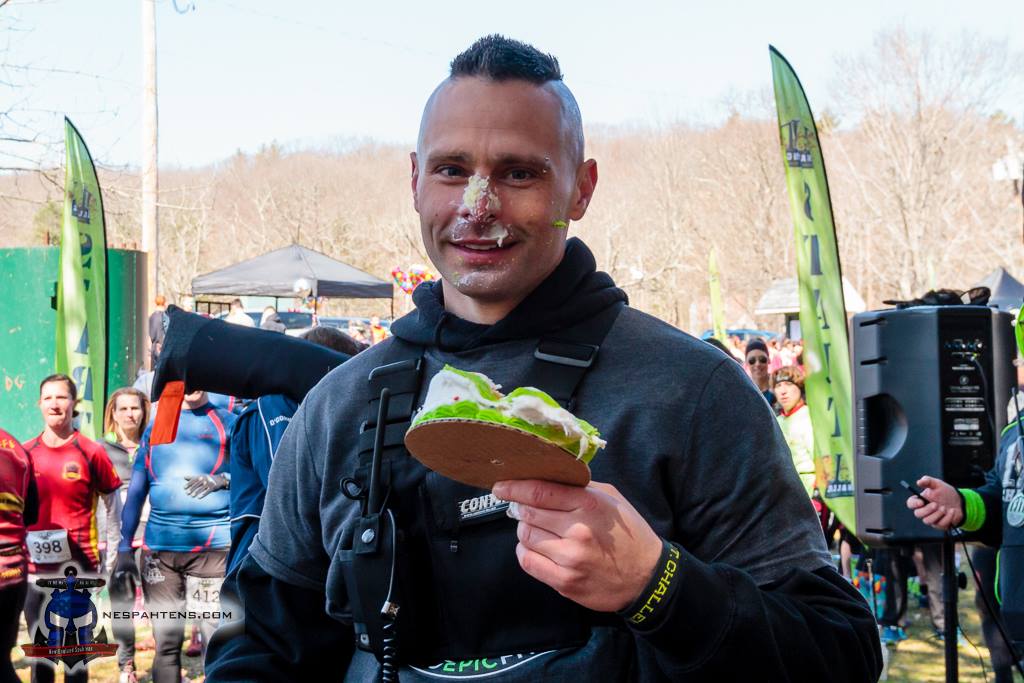 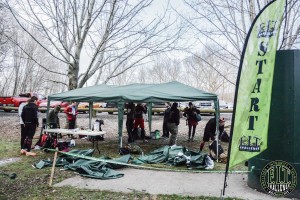 The morning was cool and crisp as I headed to the course for the 8:10 start for multi-lappers. With this course being so close to where I live I was lucky to leave a bit later than most and arrive an hour before start. Parking was $10, however, with the earlier arrival, I was mere steps from the start line. It was easy to find the registration, get my bib, and find the multi-lap tent where I set up my drop bin and changed into my race shoes before dropping my changing bag (and brownies) over to the team “tent” (no tent was yet set up at this time in the morning, as the area is designated for us, but the tent is ours to bring) area for when I was finished. Everything was easy to find, easy to get to, and in the middle of the excitement. Fred Smith was at the start line getting everyone ready. There were plenty of vendors, and an amazing paleo food truck offering food all day. The venue even has running toilets! 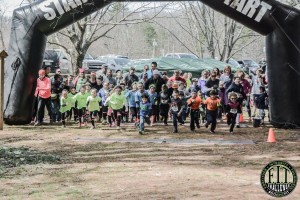 The elite men set out at 8am sharp after Robb challenges anyone to beat this course in under 45 minutes, followed by the elite women at 8:10am, who were also pumped up by the duo of Fred and Robb. Finally, at 8:10, me and about 100 of my newest friends got our multilap bracelets, a challenge to do more than 5 laps, never mind 6, and off we went. Throughout the day I could hear Fred doing an awesome job of pumping up the racers in each heat, and Robb, Scott, and Aaron could be found throughout the course making sure everything ran smoothly. This also included giving me hugs every time I saw one of them! The course was full of volunteers, and they were some of the most supportive volunteers of any course I’ve been on. 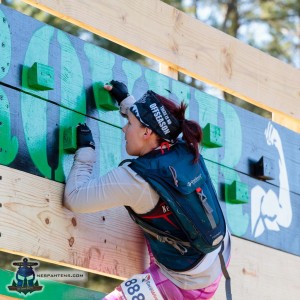 Unfortunately, I kept accidentally turning off the GPS on my watch, so I don’t have accurate elevation or distance. However, most people with the higher tech watches seemed to have something closer to 3.8 miles and over 1000 feet of elevation. We saw a new larger version of the Destroyer, which had its own small team helping and coaching people over. We saw all of Novembers new obstacles back, as well as some new creations; the monkey cargo net traverse, and a floating 12 foot wall (which basically became an inverted wall by the time you reached the top), which were both incredibly innovating and challenging. The first half the race had way more hills than obstacles, whereas the second half had more obstacles than hills. The race was extremely challenging through and through, but nothing was impossible. The course is meant to challenge you to try everything, but there is no penalty if you couldn’t do something. Also, what was nice, was if you were a multi-lapper, you were allowed to cut any back-ups at obstacles. I didn’t actually need to use this incentive until my third lap and only on the obstacles on the first half of the course, which tells you the course was well spaced out. 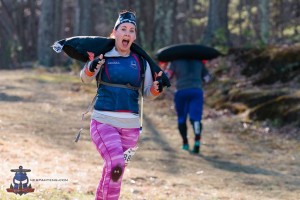 The swag at this race was amazing. A gorgeous finishers medal, which looked clean and crisp, as well as a higher quality t-shirt. The t-shirt, again, wasn’t offered in extra small, so unfortunately will be hard for me to wear comfortably, and the text on the back was a bit too dark, however, the softness and great front graphic will ensure that it will be loved by almost everyone. Multilappers got a pin for each additional lap completed to add to their medal’s lanyard as well as a really cool patch. Those who completed 3 or more laps had (or will receive) a wooden “trophy” signifying the amount of laps completed. Over 250 people chose to multilap this event, versus the 50 who did in November, so unfortunately the trophies ran out, particularly for those who completed 3 laps, however, their name and contact information was taken so that it can be sent them later. 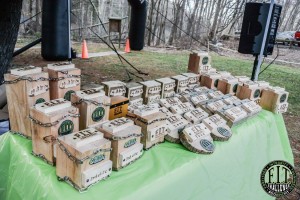 Multi-lapping at this even was a cinch. We had our own covered tent area to keep our dropbins, we had our own 2 volunteers to assist us and keep us on track. Equipped with a cool FIT Challenge silicone bracelet, we had the ability to “cut” any line at any obstacles. When you finished a lap, you headed over to the multilap volunteer’s table, which was against the multilap tent next to the start line. You check in with them, tell them you’re going out again, and they’d mark you down for another lap. Get whatever you need, head over to Fred and let him know you’re going again, and if he gives you the thumbs up, off you went. Originally they had you swapping bibs each lap, but due to the unexpected numbers of multilappers, the same bib ended up being used after lap 2 for all additional laps. When you were all done running, you grab your cash ($10 per extra lap), then head over to the volunteer table, pay up your divvy, and in return you got your pins and your patch, and any awards you may have gotten. 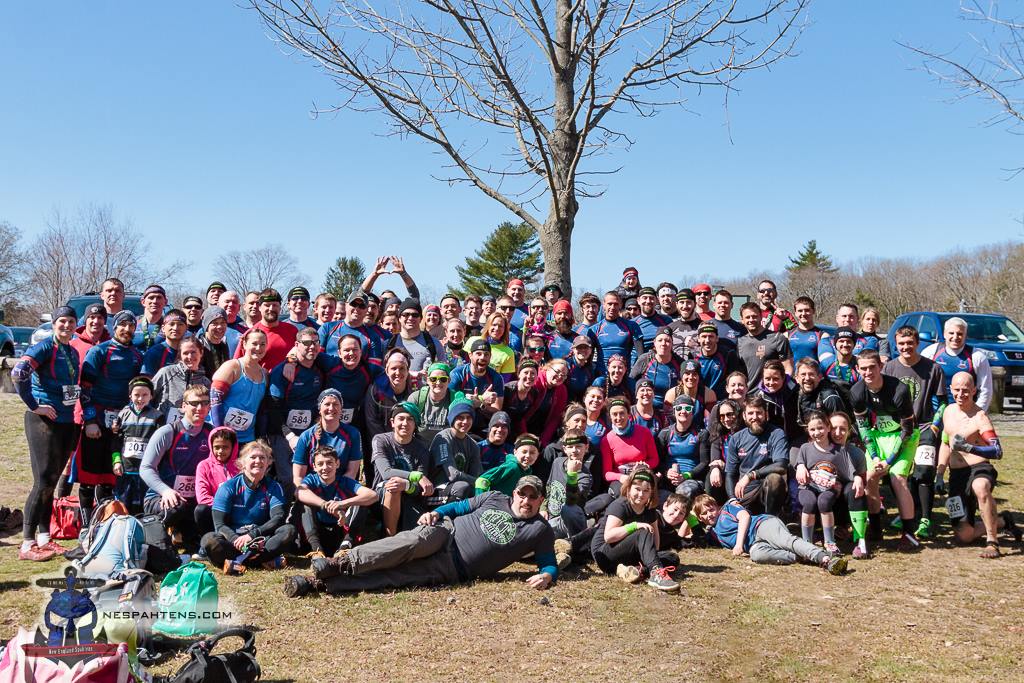 The turnout was amazing. The weather, while chilly in the morning, was amazing for most of the race. The venue was great, and the obstacles were outstanding. I think Diamond Hill deserves an award for most hated hill to climb. Robb and his crew surpassed everyone’s expectations for a good race. He’s a director who will listen and make sure everyone is taken care of. I haven’t heard a single bad thing about this race and I don’t expect to either. It is my personal favorite local 5k races, and I expect I’m not alone in saying this. If you have yet to try out this race series then you are missing what OCR is really about. Check it out!