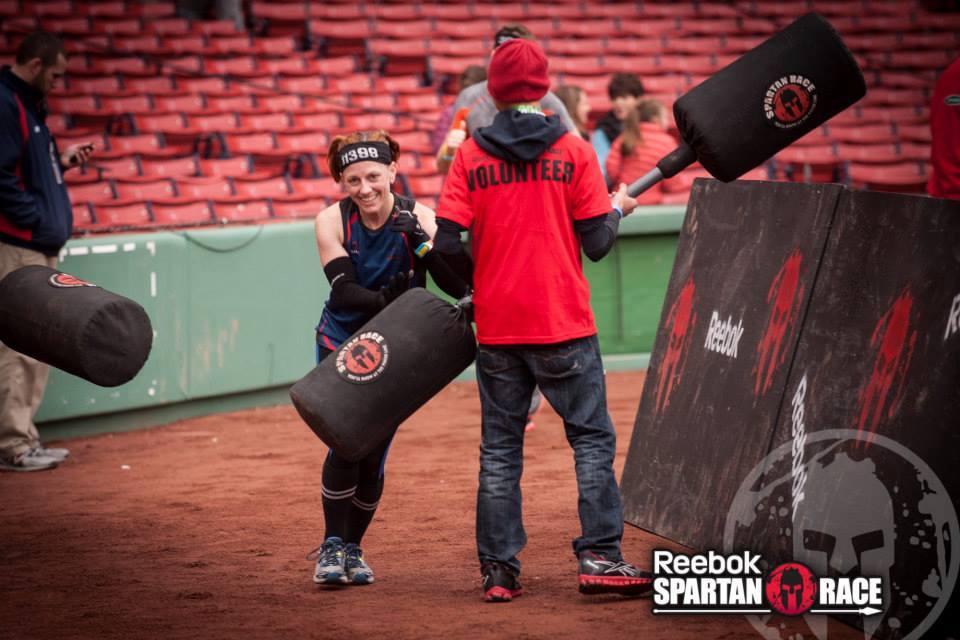 It’s the end of your race. You’ve been moving for miles. Climbing over walls and crawling in mud. You’ve made it up the rope climb for the first time ever, and the adrenaline is pumping.

Coming into the spectator area, you climb up the slip wall and see the flames of the fire pit – and beyond that?

A finish line, a couple of volunteers handing out pizza pie medals and a table full of bananas.

Yep – thats the future of the finish line for Spartan Race, for now, at least. They’ve made the choice to remove the iconic gladiators. Those burly men and women who would give you a love tap (or more) with a pugil stick before crossing the finish line have been there since day one – and the concept has been replicated at other races, with Superhero Scramble including volunteers with padded blocks smacking you on your way to glory being just one. 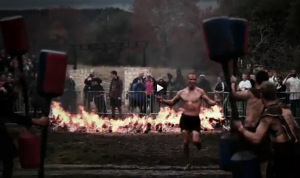 Such a big change doesn’t come lightly. The finish line gladiators are iconic – dramatic footage of Hobie winning his first Spartan Race championship at the Texas Beast in 2011, being saluted by Gladiators are eye catching, and many people have stories of getting love taps, or hard smacks on their way to glory. Sometimes, people stop to give them a hug (hey, it’s a hard job being a Gladiator), others give them a traditional New Zealand haka (ok, maybe thats just Copie), and it’s common to find people showing up for their Gladiator shift in full costume.

So, with such a beloved component of Spartan Race now gone, lets look at the possible reasons why. First off – I have no insight into the decision – no one from Spartan HQ has briefed me, and I’m reading the same articles online that you are.

But its easy to spot why – and I feel it’s down to two essential factors. 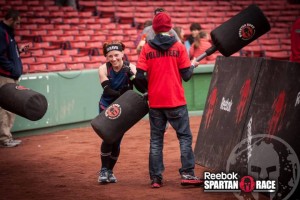 Bodies like USOCR are trying to assist the industry in coming to terms with increasing insurance costs. Handing untrained volunteers a weapon and telling them to smack racers on their way through to the finish line isn’t something the insurance companies will like much, and like it or not – waivers or not – insurance is essential. Volunteers have frequently been reported as hitting people too hard, or in dangerous locations – wrenched wrists, blows to the skull, severe tumbles are all part of the finish line experience if you stick around and watch.

Lets imagine that Spartan Race created Gladiator School – and churned out highly trained professional finish line gladiators who would reliably and consistently hit people in a safe, but fun manner – you still have racers flying in at breakneck speed, and wrestling the gladiators to the ground or stealing their pupil sticks. It’s unavoidable, inconsistent and prone to human error. Insurance companies do no like that.

It’s not a secret that the Spartan Race endgame is to become an Olympic level sport. The Olympics is a highly standardized athletic event spanning international borders and governing bodies. A bunch of dudes in leather skirts whacking you with padded Q-Tips isn’t part of that.

In recent races, Spartan has tried to keep the “fun” of the Gladiator, and the seriousness of a timed, Olympic level event by putting the timing mat immediately after the fire pit – making the Gladiators an un-timed formality, albeit one that has the possibility of making you see stars with a poorly judged love tap. 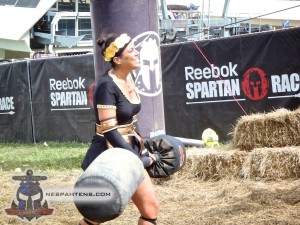 Where does this leave us? In the wake of this news getting out, first broken by Dirt in your Skirt, but not by Spartan HQ itself, the clear consensus was that the consumer (us – the racers) were upset. Gladiators are iconic and enjoyed. Not having them at the finish line will remove something that is inherently regarded as “Spartan” from the event. Rumblings from HQ is that there will be something coming to replace them, but it remains to be seen if this is a new kind of Gladiator, or something entirely different – but it needs to be something unique and equally iconic to appease people.

Some people won’t miss them – those are the folks who were injured (or near to it), or the elites who think the Gladiators take from the athletic experience.

But until then, the finish line will happen as soon as you cross the fire pit. Maybe the Gladiators need to unionize and picket?

3 thoughts on “Gladiators for hire!”