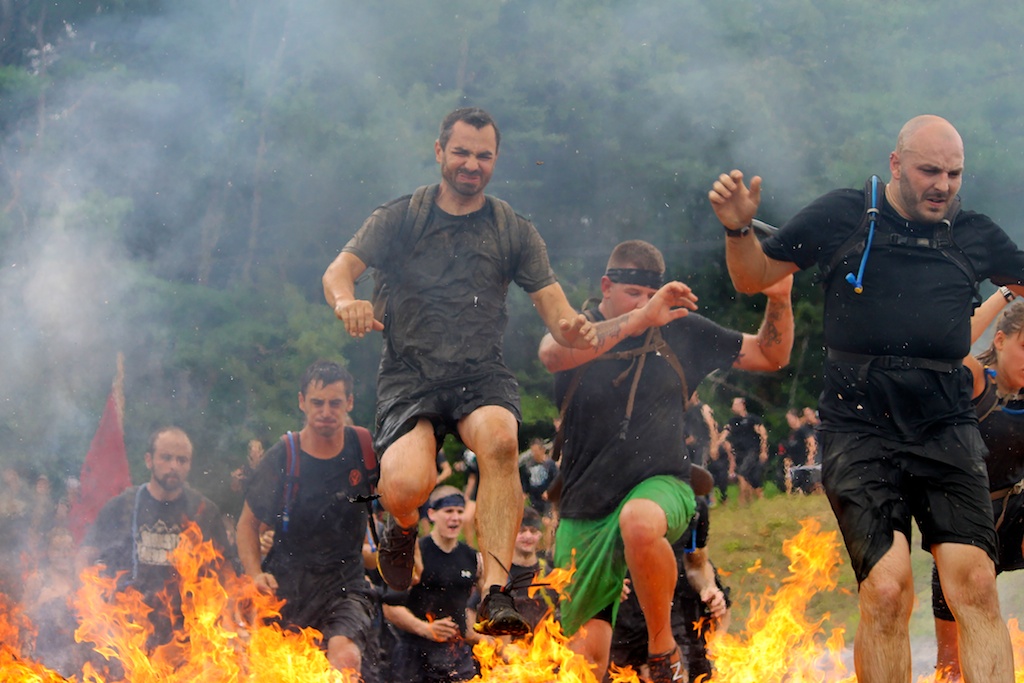 I’ve done one, single Hurricane Heat. There are many people who have done more. There is an entire team of people – the Storm Chasers – who started out life doing them all. Heck, marriages have been formed from people who ran Hurricane Heats together. 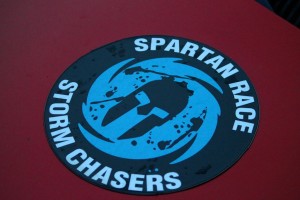 However, that one Hurricane Heat – and my exposure to Hurricane Heats at other events – taught me more than a few things about them – and considering we have such a huge showing of New England Spahtens at the upcoming HH on August 10th, I wanted to let some of the new comers know what they may be facing, and what to expect.

But first – the HH has local origins. Two years ago, a hurricane was blowing up the coast, and hit the New England region late Saturday and into Sunday. Local authorities told Spartan Race they had to shut down their Sunday event, and despite cries of “We’re Spartans, we’ll run in anything!” – Spartan Race made the correct call and cancelled Sunday. People were upset, of course. Transfers were offered. As were rain checks for the next years event. But something else happened. An email went out to those affected telling them to come to the venue, early in the morning, and sign a very special waver. There wouldn’t be a race – no bibs, no timing chips – but the founders of Spartan would be there, and would show them something different. A couple of hundred people showed up and the Hurricane Heat was born.

Now, before every Sprint an Super distance event, they have a Hurricane Heat – sometimes the night before, or the morning of, or the Saturday night – but always in the spirit of the original – no bibs, no timing chips, no formalities.

Last year, I signed up for HH16 – the sixteenth Hurricane Heat, and the one year anniversary. James H wrote a recap, one year ago – https://www.newenglandspahtens.com/dispatches-from-the-storm-front-hh-016-amesbury-ma/ 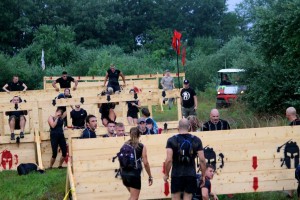 This is usually where the new folks *and this included us in 2012* start to get confused. Whats expected (you don’t know)? What should I bring (they’ll give you a gear list)? How long will I be out (Expect 2.5 to 3 hours)? and many more questions. It’s easy to say now, but expect the unexpected. Don’t plan. If you are a planner – if you need to know the whys and wheres and hows – then you will NOT have fun at the HH. 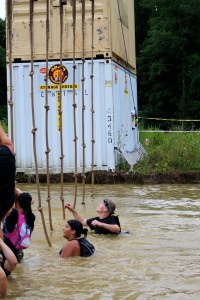 It all starts before the event. There will be no information given until a day or two prior – this includes start time, and starting place. Don’t ask for it, don’t worry about it. You will get it, and you don’t need it until you set off that day anyway. If you are stressed, book a hotel (I have). This lack of information also includes the “required gear” list. There will be one. It will be confusing. It *will* include hydration, nutrition, and a black shirt. In 2012 it also included a hard boiled egg, sandals, candles, a jump rope and several other weird things. Keep reading. 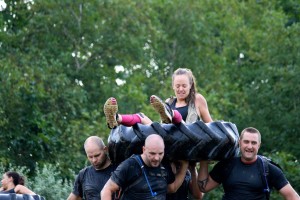 Last year, we crawled *down* the barbed wire crawl – the race took you uphill. We carried team mates *on* tires – the race they were for flipping. We climbed walls, we buddy carried each other uphill, we climbed ropes a few times.

You will do a lot of burpees. The number you do will depend on how quickly you come together as a team, and how quickly you learn to work together. Teams will identify the strong members who can help lift things, and slow members who will be paced during running portions. Stay together. There is no timing chip and it does NOT matter if you run slow, need pushing, need lifting or need throwing over a wall. 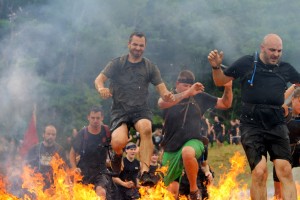 The Hurricane Heat will end with the warrior ethos – something most HH finishers hold dear to their hearts after – you will get your HH dogtags, and HH shirt, and wear both proudly. 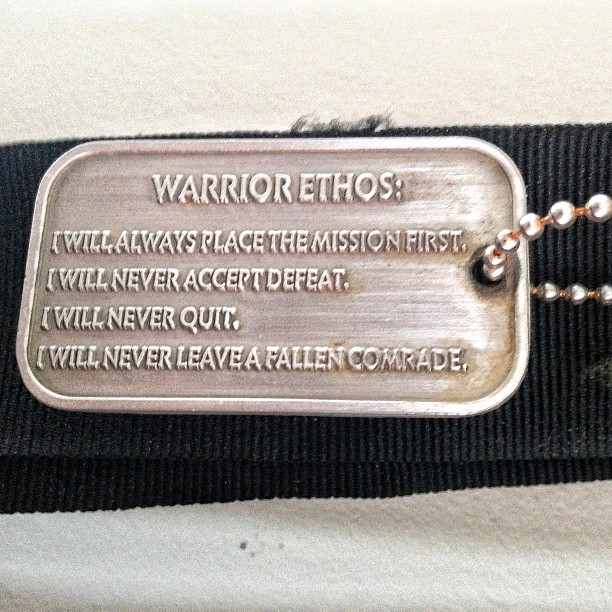