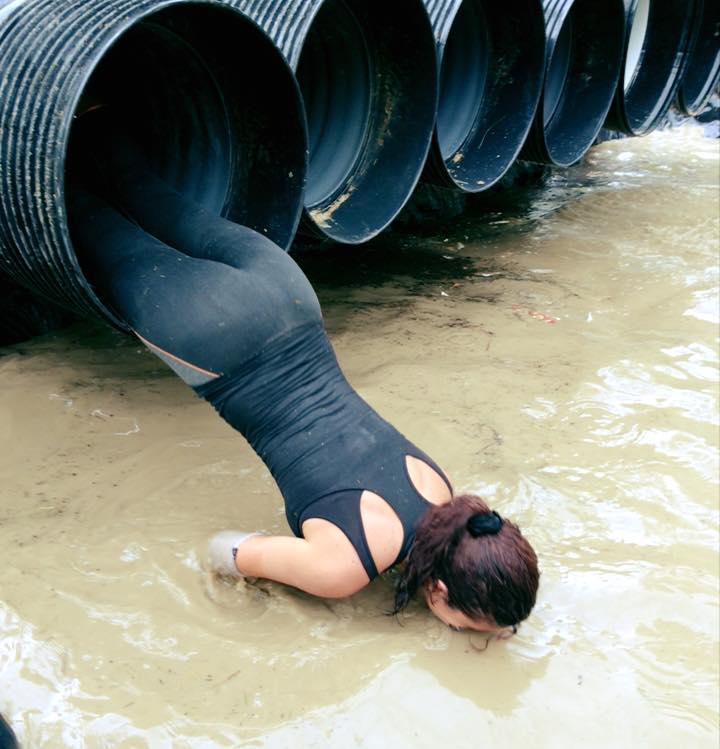 But – the articles don’t state it quite like that. Grueling Mud Run! Flesh eating bacteria! It’s the end of the (OCR) world, as we know it!

Of course – sensational headline are the key to making articles like this go viral – and if you’re known to your friends as “that chick who does all the mud runs”, chances are your non race friends shared this to your walls with some glee.

We even saw counter responses – we all know, based on our real world experience that losing your vision, or getting the shits is highly unlikely – and that in both cases, someone screwed up – wether thats the athlete for not seeking medical attention promptly, or the race organizer for not taking proper precautions – or someone else entirely.

We saw people with medical backgrounds debunk the idea that this happens often, and share detailed information on how to stop it happening to you too.

However, I don’t think thats the real story.

These two articles got released within days of each other – yet, the incidents aren’t related. They both went viral, quickly, and garnered way more press than something positive in the OCR scene – like a world championship, or success story (naturally, the media loves a good horror story).

The real story is all about image. What does this say about OCR? About “mud runs” and the public perception on how dangerous they are?

What do insurance companies think?

Insurance is the thing that will ultimately kill off our sport – if anything does. As race directors call for renewals on their annual coverage, the prices go up. Why? Because the perception is that our sport is more dangerous than it actually is (and it can – at times – be dangerous).

Don’t ever be confused about this – we pay for insurance. Some race directors bundle it into their ticket prices, so you don’t see it, others tack it on as an additional during check out – but somewhere in the process, you pay for insurance. Doesn’t matter if you have health insurance (or not – like the lady in Texas).

How long will it be, before avoidable situations like this cause insurance companies to price athletes out of OCR – or price Race Directors out of OCR?

And, what can you do?

Clean up properly after a race, get infections and open wounds taken care of by a medical professional – if you’re a Race Director, be smart, educated and sensible – but ultimately?

OCR is outside. It’s muddy. It’s sometimes dangerous – own that, and be a responsible adult.