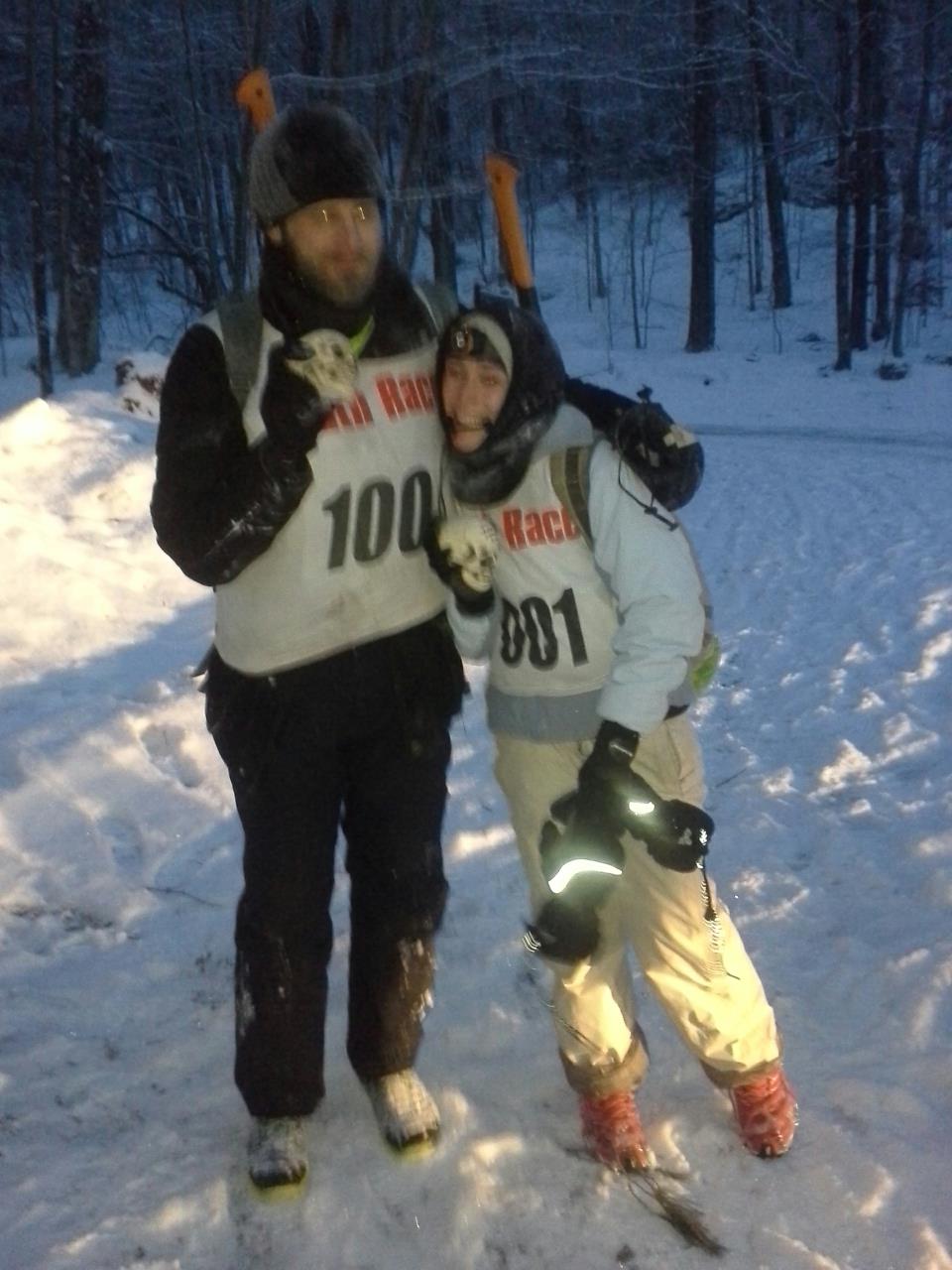 There will be a lot more from this to come – but wow – what a weekend.

If you weren’t aware, three well known members of the New England Spahtens were competing in this weekends Winter Death Race. They were crewed by three more Spahtens, and via a couple more folks, a ton of SMS messages and spotty phone calls, we kept a running Facebook event going from 6pm Friday when it started, until somewhere around 6am Sunday morning when it was suddenly ended, 30 minutes into what the racers thought was a 6 hour hike.

The drama, the speculation – it was tense! Personally, I probably got three or four hours sleep Saturday night, and I wasn’t even in Vermont – just acting as one of the relays for information!

It was SO worth it though. Of the three Spahtens racing – Keith missed a time cut-off and wasn’t allowed back up the mountain for the second of three laps on Saturday night – DNF with roughly 30 hours under his belt. Josh was ahead, and while he was pushed hard by reigning champ, Olaf – they walked into the barn arm in arm (literally) for a show of solidarity and joint first place. Sleeper Athlete, Nele Schulze was LEADING EVERYONE at one point in the race – but ultimately finished 6th place over all, winning it for the women. You can read more about Nele’s story here – and maybe you’ll understand why this woman has inspired us all.

Back at Spahten Nation – the tension was unbelievable. We had folks who had found us this same day be so inspired, they stayed up all night. There were folks who threw rucks in their cars, and headed to Wachusset Mt for a midnight, 4 hour long ruck. Sunday saw the Trouble Twins arrange a hike at Purgatory Chasm. The new Spahten casual shirts had just started hitting folks mailboxes, and many of us wore the same shirt all weekend in a show of support for the Death Racers … the longer they stayed in, the stinkier we got. They saw WODs at Crossfit boxes, martial arts classes, hikes, a bunch of Spahtens even did a stair climbing event in Boston, and yep – the shirts were worn the whole time …

But for now -the Death Racers and their amazing support crew are hopefully sleeping. Rest and recovery – and hopefully, when they get their brains in gear, we’ll be able to get them some guest blogs about their experiences.

This weekend was a fantastic time to be a member of the New England Spahtens.