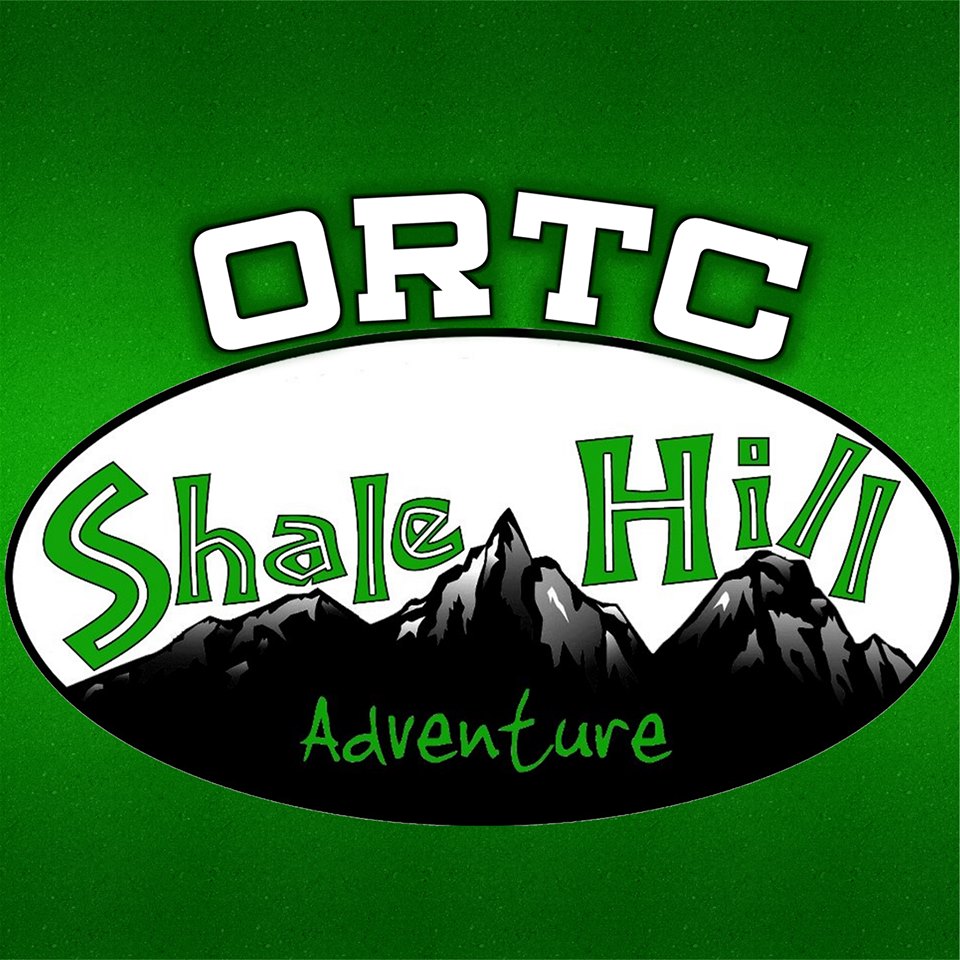 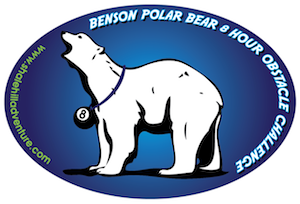 Roughly a year ago, 11 New England Spahtens took a chance and drove to Vermont to a farm where the owner was promising an 8 hour OCR event that sounded too good to be true.

You can read here (Polar Bear Challenge 2013) – Rob Butler delivered, and we’ve been back a few times over the year to experience his ever expanding, always tougher permanently installed obstacle race course on Shale Hill Farms in Benson VT.

And here we are again – it’s one year since we arrived at Shale Hill for the first time – and we’re back in the snow, staring down an 8 hour event – and it was clear that the race has grown, and Shale Hill has matured in that time.

In 2014 Shale Hill were expecting a lot more people than before, and our community was bringing nearly three times as many athletes as last year. We had arranged accommodation at local guest houses, hotels in Rutland – and come Friday night, we were checking into the event.

Shale Hill prides itself on being a grassroots event. If you’ve raced with them before, then every time you show up, they’ll be greeting you by name and dishing out the handshakes and hugs – it’s the most welcoming event on the race calendar. The barn was finally finished, with easy access racks for our bins and bags, an office area for our packet pickups, and a nice communal area full of tables for us to hang out – with great views of the penalty box for the spectators and resting athletes. My personal favorite shoe vendor, Icebug were sponsoring and vending, with Icebug product experts on hand to help people. The Butlers had brought World Toughest Mudder female Champ Deanna Blegg over from Australia to provide some competition and give a motivational talk on Friday – and Robs eyes were gleaming as he described the new starting loop and obstacles, and told us what a world of hurt we were in for. I was fortunate enough to be able to sit in on Deanna’s talk on Friday night, and her story was amazing and inspiring.

Checkin provided us with an Icebug drawstring bag, a super nice 50/50 blend long sleeved T, another sponsor T, a form for entry into the USA OCR sanctioning body we’ve talked about before – and a few stickers and goodies. As usual, some pretty nice stuff 🙂

6:15am on a Saturday morning, in February in VT, and with much muttering of needing new friends, needing a new hobby … we were arriving for athletes briefing. Rob explained the rules – try every obstacle, the new penalty box system (you pick up a chip at anything you fail, and trade that chip in for punishments in the area in front of the heated barn) – some of the newer obstacles like Gut Check and The Loom were explained (it didn’t help) and we were left to eat bacon until the 7am start time.

Lets talk about what this race was … and what it wasn’t … Rob’s course is already legendary. It’s the most challenging course out there. Seriously, the obstacles at Shale Hill make anything you’ll find at Spartan or Tough Mudder look like tinker toys. They don’t have to be moved, and they don’t have to be dismantled. Unlike the summer events that consist of one lap, the Polar Bear is won by the person who makes the MOST laps in an 8 hour time frame. This race isn’t for sissies. At 6 miles long, the course is about as long as Shale Hill can physically accommodate, and what it lacks in elevation change, it makes up in seriously steep descents and climbs – usually under sandbags. This race is not easy, and anyone not prepared to be challenged and put outside their comfort zone shouldn’t bother signing up.

Fortunately, as a community, we tend to appreciate being pushed outside our comfort zone. If you read this, and you haven’t been to Shale Hill, you owe it to yourself to go.

7am came around quickly. The count down and starting siren were a little chaotic, but when everyone vanishes down the hill, you get the idea that the race is on pretty quickly, and we took off. Rob had already warned us that his new starting loop was fast, with a few obstacles that would cause the pack to be bunched up – and his new teeter totters and tire flip station did that, but I think they caused a little bit too much of a backlog – at least on the first lap. Still, those teeter totters were amazing – I’ve seen them before at other races, but never as big! After the tire flip, we were back onto the more familiar course.

I’d show you a video, but sadly my GoPro crapped out around two and a half hours, and my single lap took more like 4 and three quarter hours. Did I mention that this 6 mile loop is epic? and tough? 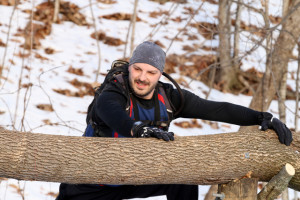 It’s impossible to give you an obstacle break down. The new teeter totters were fantastic, and got bigger each time. The old favorites of the lincoln logs and traverse walls kicked serious ass *again*. New obstacles like the gut check – a log a couple of feet off the ground, then a second one about 4′ higher that you had to jump over too – caused people to double take. The Loom, a series of horizontal logs you had to weave through, over then under, then over, then under and so on was a major challenge – very impressed by the people getting through this one! I defeated my nemesis, the 60 degree sloped wall that I’ve fallen off time and time again, usually to a muddy splash down – this time I made it. 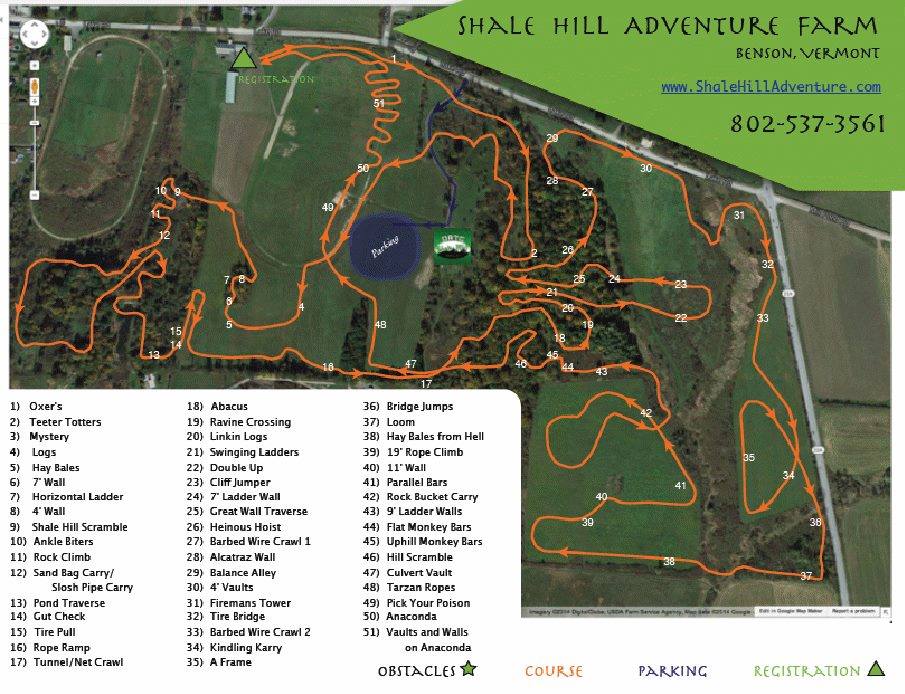 It goes on – and giving you an obstacle by obstacle break down is almost pointless – I’ve ran this course four times now, and it’s different every time, despite some of the “old favorites” being present each and every time.

While this was generally regarded as one of the toughest events on the OCR calendar – and I fully agree – for me personally, I was disappointed in my own turn around the circuit. Initially planning two laps, I was doing great for the first couple of miles before an old back injury started causing me problems and slowed me WAY down – I was quickly swept up by Mamma Hen and Amy, before bumping into Nele, Ben and Copie – forming a small pack kept me moving, despite several points where I thought seriously about hopping on the quad or snowmobile and taking a ride back to the barn “to go out again later”. By the final obstacle, the devious Anaconda I was hurting bad, but determined to make it home. I want to be clear – the course is amazing. Rob has done wonders, and I’ve loved every minute on that farm – this just wasn’t going to be my day. 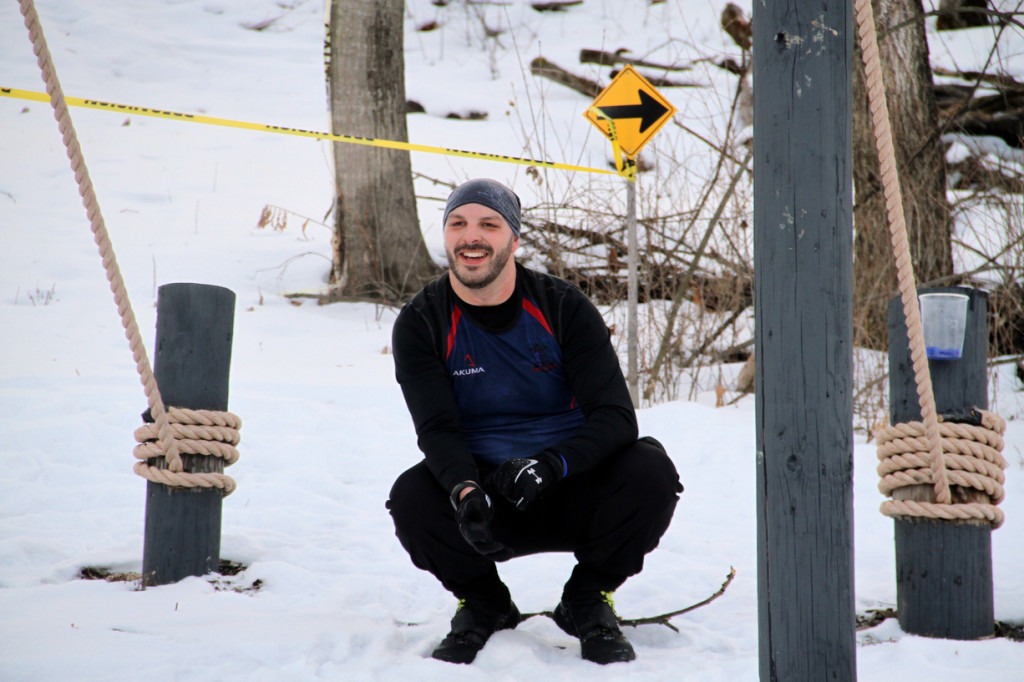 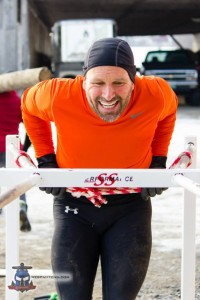 The worst bit about the Polar Bear Challenge was that after you had been chewed up and spit out by a challenging course, you have a penalty box. Hand in your chips, roll some dice and you’re assigned your penalties. This year, the penalties were brutal – and dare I say it, too brutal? Climbing over a wall is one thing, but doing it 20, 30 times – mixed in with 10’s of PUP pipe pushups, rope climbs, tire hoists and log flips – you could be there for some time and lost a LOT of energy. The goal of the penalty pit is to get you motivated to do the obstacles, and for sure it does that!! I’ll admit, I had very little left at this point – I flipped the log a couple of times, hoisted the tire and crawled indoors, tale between my legs.

The results spoke for the difficulty. Last year, the winner Randy came in with 5 laps – this year, he DNF’d at lap one after a log bounced off his toe and broke it. This year, the winner Deanna Blegg managed three laps – and those who did three looked beat – really really beat.

All this talk of a difficult course? Don’t ever let it discourage you. Rob is an ever present face out there, buzzing around on his snowmobile or quad and handing out advice and chocolate milk to elites and new folks in equal measure. I saw him showing elites how to get a good foot lock on his 2″ rope, and encouraging new runners over walls and through carries. This course is about showing you your limits, and helping you get through them – this is a place to build your strengths and discover your weaknesses – in positive and supportive ways. Robs friendly, grass roots approach is refreshing in a sport where we run with 8,000 of our closest buddies – and back in the barn, Jill keeps things running smoothly. 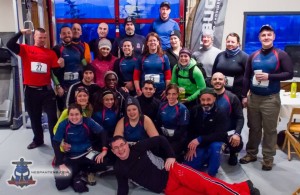 The Spahtens had a great showing – 31 team members, and we placed well on the podium, with Corrine getting second place female behind Deanna Blegg, and some slight confusion on the mens side means at time of writing, I’m not sure who placed where – but man, any athlete who did this course competitively needs to be proud. We had many athletes go out for their third lap (not all finished it), many more going for two – and lots of us doing a single lap and being happy with that (again!).

So, it’s very safe to say that the Polar Bear Challenge was the hardest course I’ve ever done – and the most challenging – and the most rewarding. I didn’t do what I set out to do, but I learned a lot in the process – and thats really what Shale Hill is about. To complete this course with no penalty means you are truly in the elite levels of this sport – but every time I’ve taken a spin around, I’ve completed one more obstacle I’ve previously struggled with – this time being the Lincoln Logs and Alcatraz Wall. To run this course shows you the areas you need to develop, and provides you with the most fun you can have, 10′ off the ground hanging off a rope with tired hands.

Shale Hill is opening up its warmer weather, single lap, Benson Bear series – along with some high school challenges and an obstacle triathlon – and they are always open for training sessions – you owe it to yourself to get up there and check them out.