Team Mike McNeil have been a huge part of our community since day one – we love those guys. It’s time to help them out again, as they shoot for $10,000 raised in time for the Cape Cod Ragnar Relay. They’re around $1500 shy, and we’re going to help them get there. All the money raised goes directly to cancer research, to honor Mike – read his story here.

We will put up a New England Spahten goody bag – just one.

How do you donate?

Donate directly to their cause. As much as you want (remember, $5 per entry).
Make sure you put NES in the notes for it to count to the raffle! Donations are tax deductible.

What do I win?

NES gear! We’ll raid the store for you. You will definitely get:

UPDATE – we are adding a limited edition (of one), Team Mike McNeil medal holder to the raffle! 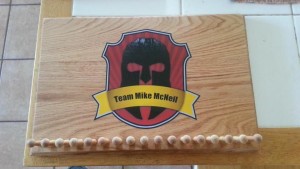 Not bad for $5, huh? Remember, donate more, get more chances to win!

Raffle will be drawn May 7th, and announced in the NES Facebook Group (winner will be notified directly)