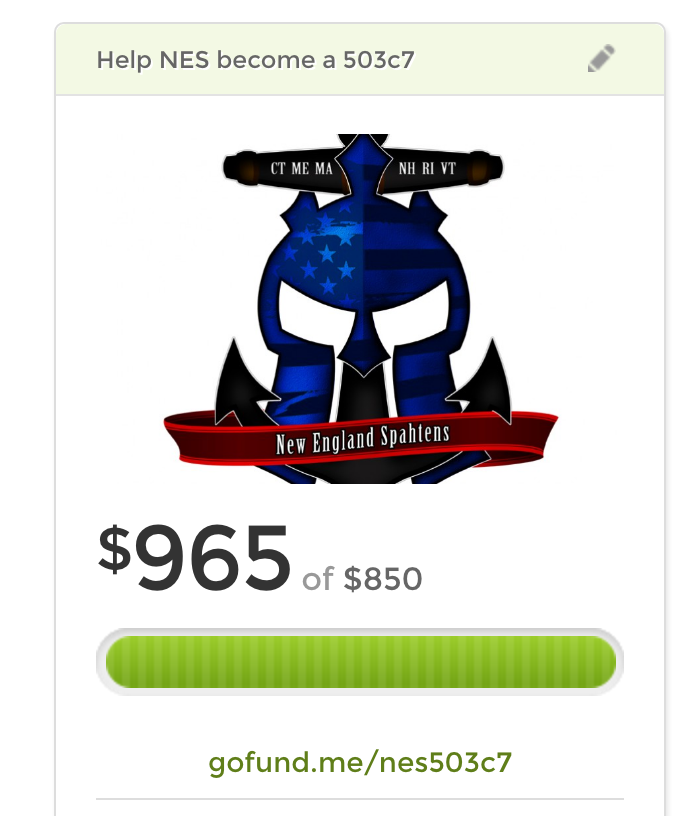 We all file taxes. We all dread the paperwork back from the tax office saying theres a problem.

One year, I got that. They said I owed over $8,000 in back taxes, which took me by surprise, to say the least.

Turns out, there’s a set level of income you can have, before they tax you on it – and because, in our early days, our “income” from the team was relatively small, it was never on anyones radar. Until that year. We were able to contest and re-file, but it put us on the road to figure out what we needed to do, as an admin team, so that this wasn’t a problem ever again.

Earlier in 2016, we formally incorporated. NE Spahtens Inc is now it’s own identity for tax purposes, but it obviously changed little in how we operate, day to day. But, Inc’s are still taxed – and there’s a better way.

Becoming a 501c7 gives us several benefits. As a non-profit Social Club, we officially and legally cannot make profit (note: that is different to “having cash in the bank”). We officially and legally have to have a board, and an election process for that board. We have to have paid members and a series of ByLaws we operate by. We have this planned and will announce everything in due course, but don’t expect major changes to how we operate things! 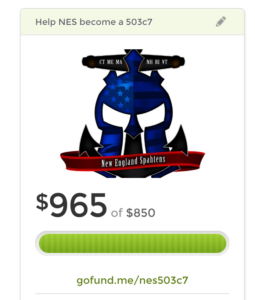 The most important piece though – we had to file. This process can take a few months, and it costs $850. Along with the whole non-profit piece – thats not money we had laying around – so we opened up a GoFundMe.

Thank you. To everyone who supported that, everyone who donated, everyone who shared it. I’ll be honest, when it comes to asking people for money – I hate it. I never want to be asked for money personally, and I hoped that the NES community had done enough for individuals that they would be comfortable throwing something into the pot to help. I had no expectations, and was blown away when we met the goal so fast! Any and all extra money raised will go right back into operating and managing the team.

We will now file the paperwork, send off the pennies, and keep you updated on any changes this means for you (of which there will be few!)