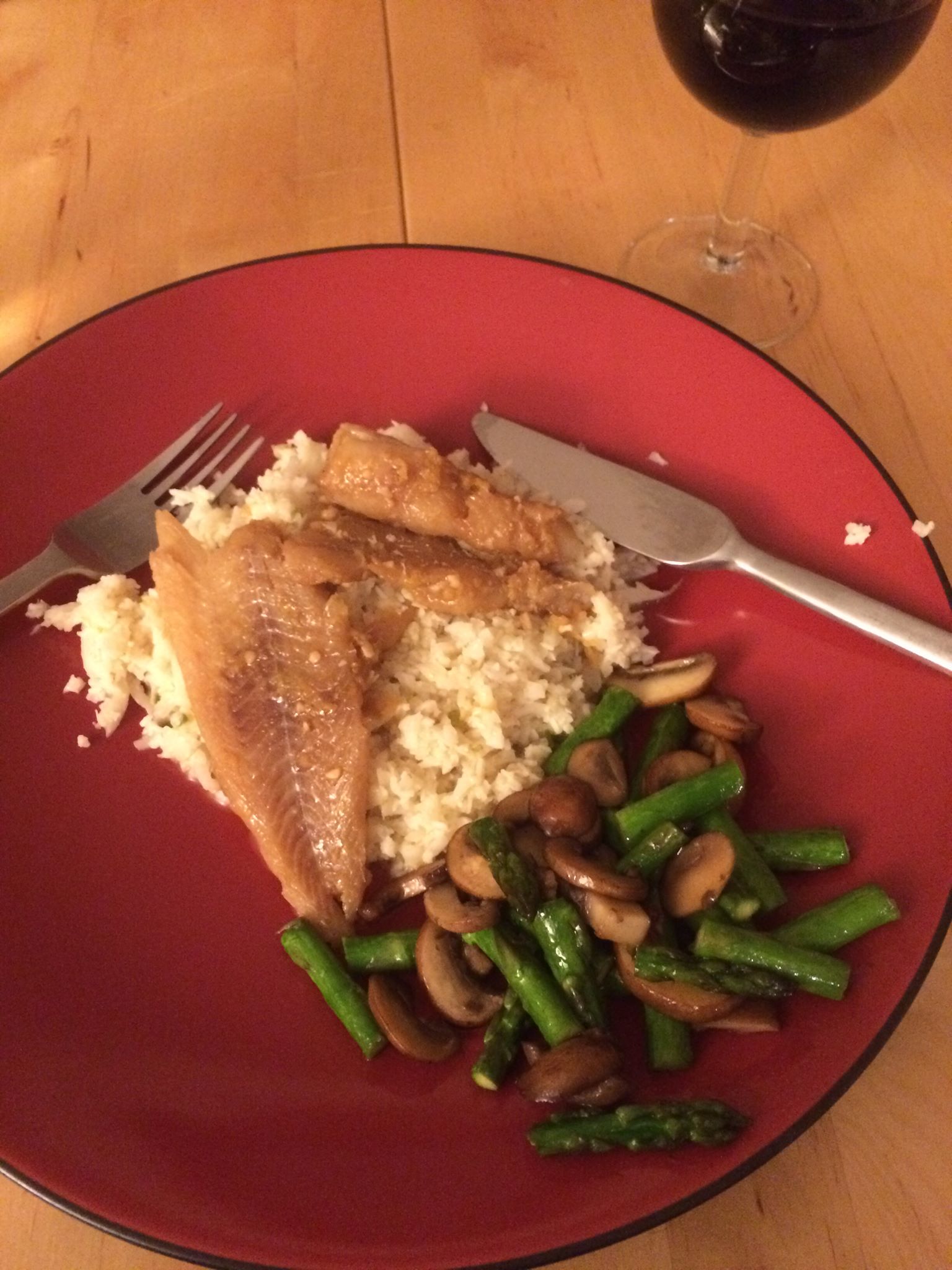 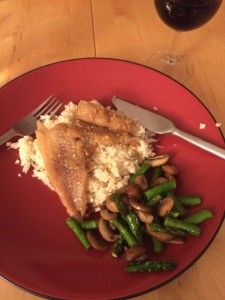 freeThis recipe came as courtesy of Meatified.com. I like cauliflower rice, however I really get bored of it quickly. So finding new flavor combos is essential. I did some roasted garlic cauliflower mash that was outstanding – but that’s a story for another day. I was making an asian inspired fish and it was just begging for a rice side, so this one came out of hiding. I do omit the cilantro as neither Paul nor I like it. I sub in green onion, but feel free to play around with this to complement whatever you are making. This recipe is Whole30 and AIP compliant.

Instructions
1. PREP: Add the coconut oil to a large pan over low-medium heat. While it is warming up, use the S blade of your food processor to “rice” the cauliflower by pulsing the florets into rice-sized pieces. You will need to do this in at least 2 batches so that you don’t get mush at the bottom of your bowl.
2. FRY: Add the riced cauliflower to the pan and stir through to coat with the coconut oil. Cook for about 5 minutes to get rid of some the of the excess moisture in the cauliflower.
3. SIMMER: Stir in both the coconut milk and shredded coconut. Add about three quarters of the lime juice. Bring to a simmer and turn the heat down slightly so that the pan doesn’t come to a boil. Simmer until tender and the liquid has been absorbed, about 10 minutes.
4. SEASON: Pour in the last of the lime juice, along with the lime zest and fresh cilantro. Season to taste with salt. Stir through and cook until the lime juice has been absorbed.