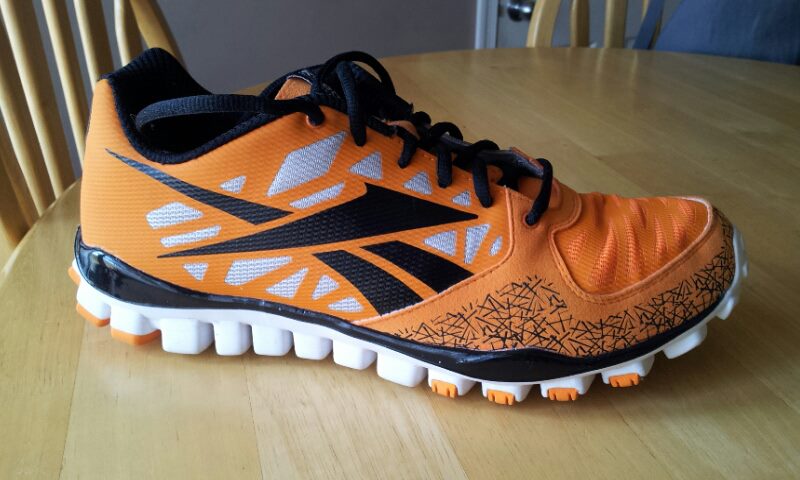 Update – due to a very polite request from the manufacturer, we’ve removed the images from this article. The shoes pictures were pre-production models, and while the photos were found in the public domain, they aren’t representative of the final product.

A few days ago, an Instagram photo from chief Weeple Dave showed us our first glimpse of the now infamous “Hobie Shoe”. It was a very aggressive looking racing flat shoe, with a medium tread and what looked like a little support in the arch, with some rope grips.

It looked great – but clearly designed for the fast, elite racer in mind – there’s little support, little padding – it’s just a bare bones shoe, and if you look at the lacing, it was clearly unfinished (or *really* minimal!)

Three more models are starting to pop up.

Firstly – also on instagram from Mr Huckle – we have a neon and black sneak that looks like a fairly normal sneaker, with a good level of grip, also “Duraride” branding on the arch (which also looks perfectly suited to the ropes), and duragrip branding on the toe protection. Overall though, his has a much bulkier look to it, and I would expect this shoe to be targetted more to the mass market of trail running, or new racer. This is certainly not a minimalist or “fast” shoe. It does look like it has a similar, medium level of grip.

Two more shoes popped up from another Spartan racer on one of the facebook groups dedicated to Spartan, and look to be two entirely different shoes again.

Firstly, we have a blue and yellow and red shoe that appears to sit somewhere in the middle of the others – this has a neat looking speedlacing system, the same rope grips, but was reported as having a fairly firm feel to the foot. The toe box looks protected, and has an interesting skid plate to it, and another good level of grip … it’s hard to say if the upper is mesh, and will drain well – it looks like it’s close to the other two shoes.

Lastly, we have what looks to be the casual, non race version of all of the above.

This shoe looks to be the least like a “race” shoe, and more like a traditional off roader. A much more substantial upper, that looks padded and apart from a space above the toes, it doesn’t look like it will drain as well, and the mid sole and sole look a lot less suited to running through mud, and more like it’s only ever going to see grass, and maybe a little bit of gravel … no rope grips, and doesn’t look like much flexibility.

So there you have it – four new offerings from Reebok showing up in the Obstacle Course Racing world – indicating these are the future of the Reebok range in the Spartan World. Love these particular shoes or not – you can’t deny that Reebok are doing it right – we’ve got minimalist, super light shoes with aggressive tread, through to heavy duty “weekend warrior” shoes in distinctive designs and styles. I for one am happy to see the rope grips appear, as this is somewhere Inov-8 has lacked, and is likely straight from the world of Crossfit, where rope climbing is fairly standard.