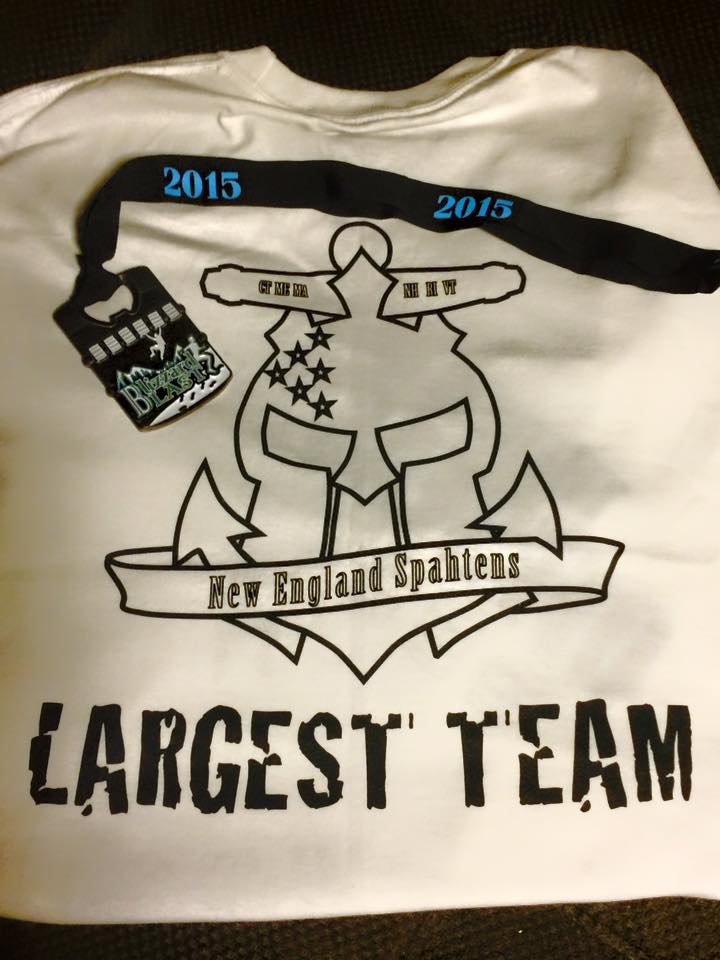 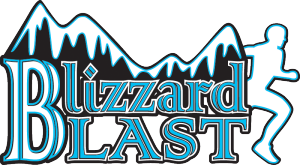 We go for weeks with nothing but the frozen, useless remnants of the previous snow storm, and the day before Blizzard Blast, all the snow dances of the Smithfest Events crew and owners pay off, mother nature takes Fred’s backhanded bribes, and boom – snow. Lots of big, fluffy, fresh snow in time for his race.

Fred sure has friends in high places.

The event was back at Four Oaks country club – a great venue for something like this, and our second visit. We’d already heard rumors that the event was being expanded, from a 5k winter fun run, into a 5 to 6 mile event, and with most GPS’s clocking in at 5.8 miles, we got an awesome run in – and Blizzard Blast was WELL worth the entry fee!

Parking was off site, $10 a car and I heard no problems with parking or delays all day.
The check in was handled in large heated tents, and while it wasn’t toasty, the lines moved swiftly, thanks to the experienced and efficient volunteers.
The whole festival / communal area was indoors – with some heated patio lamps and fire pits outside for the braver folks, so temperature was never an issue. 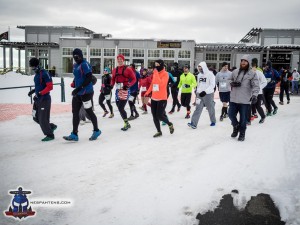 As biggest team, the New England Spahtens were given a whole room to ourselves, with a bar, which was nice to be away from the music, and handy to be close to the bar!
Swag, as always Smithfest events leads the way – we had custom long sleeved Blizzard Blast shirts with our own logo on the back – custom Blizzard Blast buffs with our logo – and a snack bag with yogurt and granola in it – this was VERY appreciated, considering our wave was around 12:40pm and we could grab a snack before heading out. 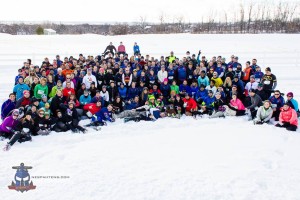 We brought nearly 300 people. Thats a lot. While it brings its own headaches, Fred and his crew handled the crowd with grace, splitting us up over several waves back to back to avoid crazy delays, giving us unique custom swag and our own space to hang and socialize. Again and again I’m blown away by how much difference it makes when you run with a large team – you’re NEVER far from a friend, NEVER far from help, NEVER far from a push, and NEVER far from amazing company.

If you aren’t running with the Spahtens, you’re doing OCR wrong. 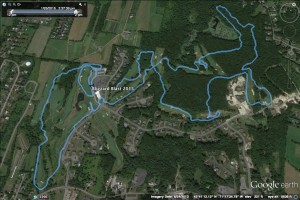 No course break down from me – I don’t have the memory for it, and it’ll all be different when you get there next year – besides, Nicole did an amazing write up here – suffice to say that the extension of the course out to nearly 6 miles was appreciated. In a market stuffed full of 5k races, it’s VERY nice to stretch the legs a little – with over a mile of dedicated trail running at one point, I really enjoyed getting my legs stretched.

The ice! Underneath all the lovely, puffy, pristine snow, was an ice rink. The worst of it was on the hills, and if you weren’t wearing Icebugs or tracks of some kind, you were on your ass. A lot. Even in my Icebug’s, I was having trouble getting grip, as the snow would fill my treads and stop the studs biting in! This was a non stop problem, and easily the biggest obstacle of the day – and, of course, the reason we sign up for a winter event. 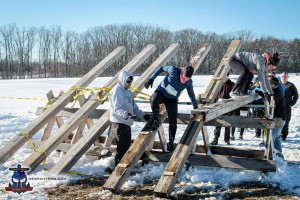 With an official count of 23 obstacles, I know I heard some people say it wasn’t quite enough for the course, but I was quite comfortable with it. A good mix of straight forward obstacles you simply rolled under or pass through, to evil obstacles you needed physical strength or agility to make it through. Those peg boards! The sledding hills are always a huge hit, and some of the new obstacles, like the mini keg pull with the rope were fun – not everything worked out as intended – the mini kegs came off their pulleys easily, and the teeter totter was just too slick for the environment, and too many people spent too long waiting for that. An obstacle as simple as the block step was made doubly hard by the snow – we got through it with some team work. 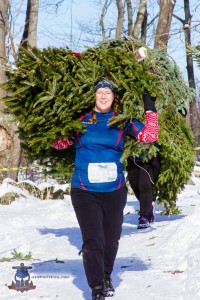 Lastly, that damn Christmas Tree carry. Mine was carved from rock, and despite not looking especially bad, I could barely get it up on my shoulders and had to drag it the whole way. This took me way longer than it should have!

Was the course too easy? Only if you did it wrong.

Much kudos to the entire volunteer crew who stood out in the snow for hours on end so we could have a safe race!

Smithfest always puts on a fun after party – this one themed for Hawaii – the promised hot tubs never made it (apparently the vendor didn’t want to move them around in the snow – phooey), but there were coconut bra’s and grass skirts all around, and the free bowl of chili was very much appreciated – almost as much as the beers from the bar post race 🙂 (these were not free, with the money being spent on better swag – thank you, Smithfest!)

Is Blizzard Blast for you?

Yes. Blizzard Blast is a fantastic OCR and unique in it’s winter theme. Wear some half decent gear and you don’t have to worry about the cold and snow – just go get it done. It’s a fantastic course, with a unique twist and a really *really* fun time, all around. Oh, and the new bling!