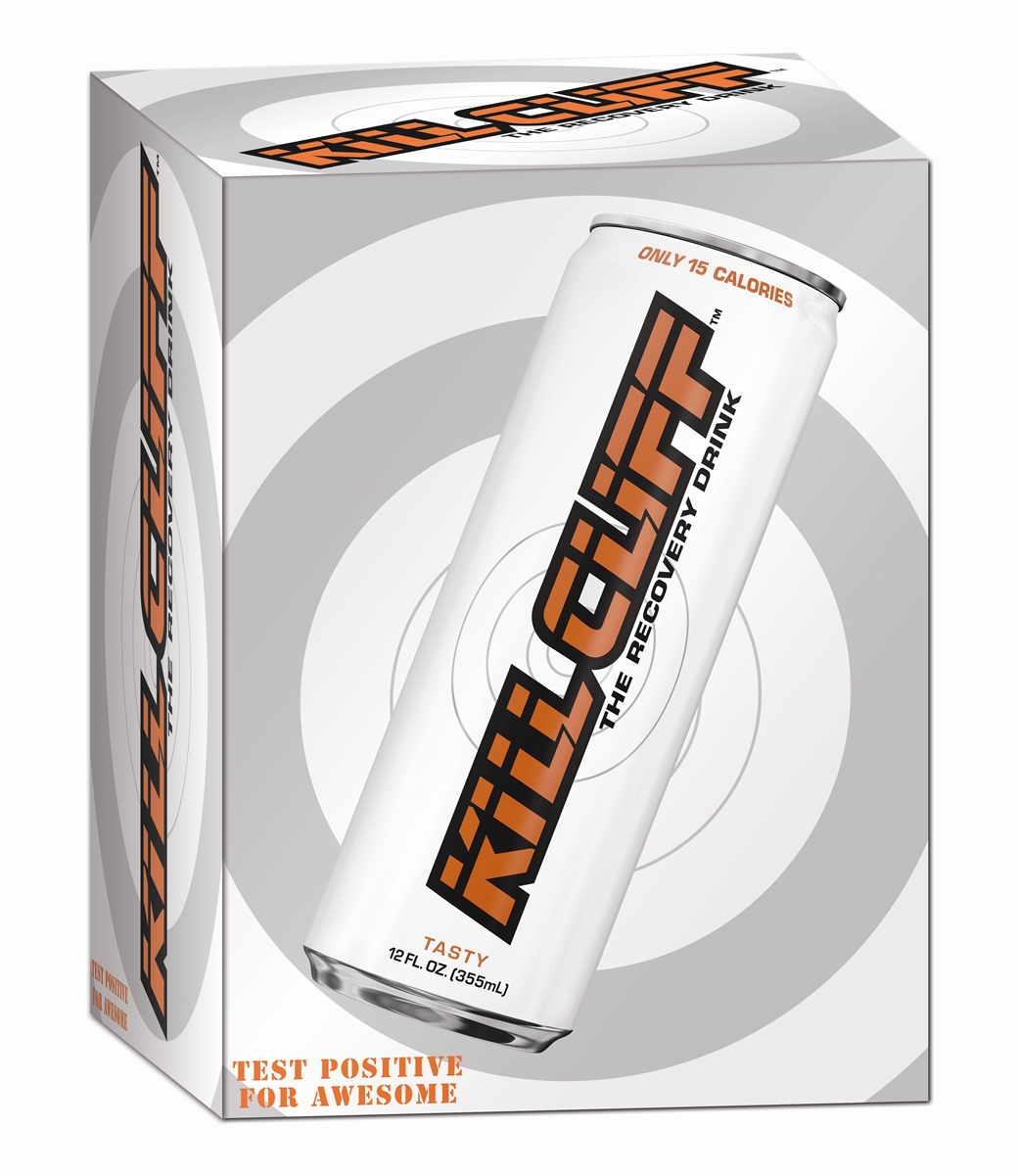 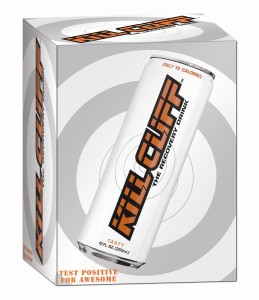 We’ve all seen the rows and rows of energy drink cans in your local convenience store. You’ve got your Monster, your Red Bull and whatever energy drink is trendy that week. Hell, most convenience stores have a cheap version they made and market themselves, there is no lack of artificial energy for sure. You may have even seen a can of Kill Cliff in the same display case, right where it should not be!

Why do I say that it shouldn’t be there? For one, it is not an energy drink! This is what Kill Cliff is…

taken from killcliff.com: Kill Cliff is what happened when a Navy SEAL grew tired of popping pills to recover from his daily workouts. His idea was to replace them with a natural recovery drink – tastier than pills and hopefully better for you too.  The result is a blend designed to be just that including Ginger Root, Green Tea Extract, Milk Thistle, Ginseng Root Powder and an enzyme mix of Amylase, Beta Gluconase, Bromelain, Invertase, Lipase, Protease 4.5, and Serrapeptase as well as B, C and E Vitamins.

Secondly, this stuff is not rife with sugar and empty calories. It was formulated specifically for the company, by experts, to bring to the market a product that helps recovery, not hinders you with unnecessary ingredients. I know it’s huge in the CrossFit world, just google Kill Cliff and you will see tons of boxes either selling it or talking it up.

I first tried Kill Cliff while living in Nashville. As a cable guy, believe it or not, we get pretty beat up. From carrying around a large, heavy, ladder to bear crawling in crawl spaces or whatever, a work shift can sometime replicate what you might do at a box or gym. Hell, it’s great OCR training I know that, the barbed wire crawls have gotten easier, lol! Anyway, the couple times I did pound a Kill Cliff during a shift down there, I honestly felt less sore the next day. Coincidence? Maybe, but I like to think that giving my body some support did help it and I hate taking ibuprofen so it was great to have something else.

Kill Cliff graciously sent me a 4-pack, and some other cool goodies, so I put the four cans immediately to the test at the recent Spartan Race @ Fenway Park. I had a can the day before the race, two the day of the race, and the fourth the day after. Normally, and I am in no awe inspiring shape, it takes me nearly a week to recover from something as rigorous as an OCR, specifically a Spartan as they are more challenging than the average OCR. Fenway even more so because of the lack of mud, water and fire we all know they integrated a lot more CrossFit style obstacles. Hell, it took me over a week to recover from the training at Unleashed nearly a week back. I am in bad shape, haha!!

Again, I cannot precisely say Kill Cliff is the reason, but when I went to bed the Tuesday following the race I was in amazing shape. My body wasn’t aching, my muscles only had a tiny bit of deep soreness. I woke up Wednesday and it was off to the races, not literally but I thought that might be fun as I sure as heck could have done another one!

Screw it, I will say I am sure it was the Kill Cliff! Why? Well the only thing that changed, that I did differently, was drinking the Kill Cliff. So that makes perfect sense, you drink the Kill Cliff and it does it’s job!

The taste was great, I love ginger flavored anything! It is bubbly, keep that in mind as it does say to slightly shake the can before drinking it. Don’t just shake this bad boy and pop the top or you will be wearing it! I haven’t tried the other flavor yet, but for sure, I will be. If you’re looking for something different and need a quick recovery pop, I am standing behind Kill Cliff. I love the stuff and feel like it truly helped when I needed it most!