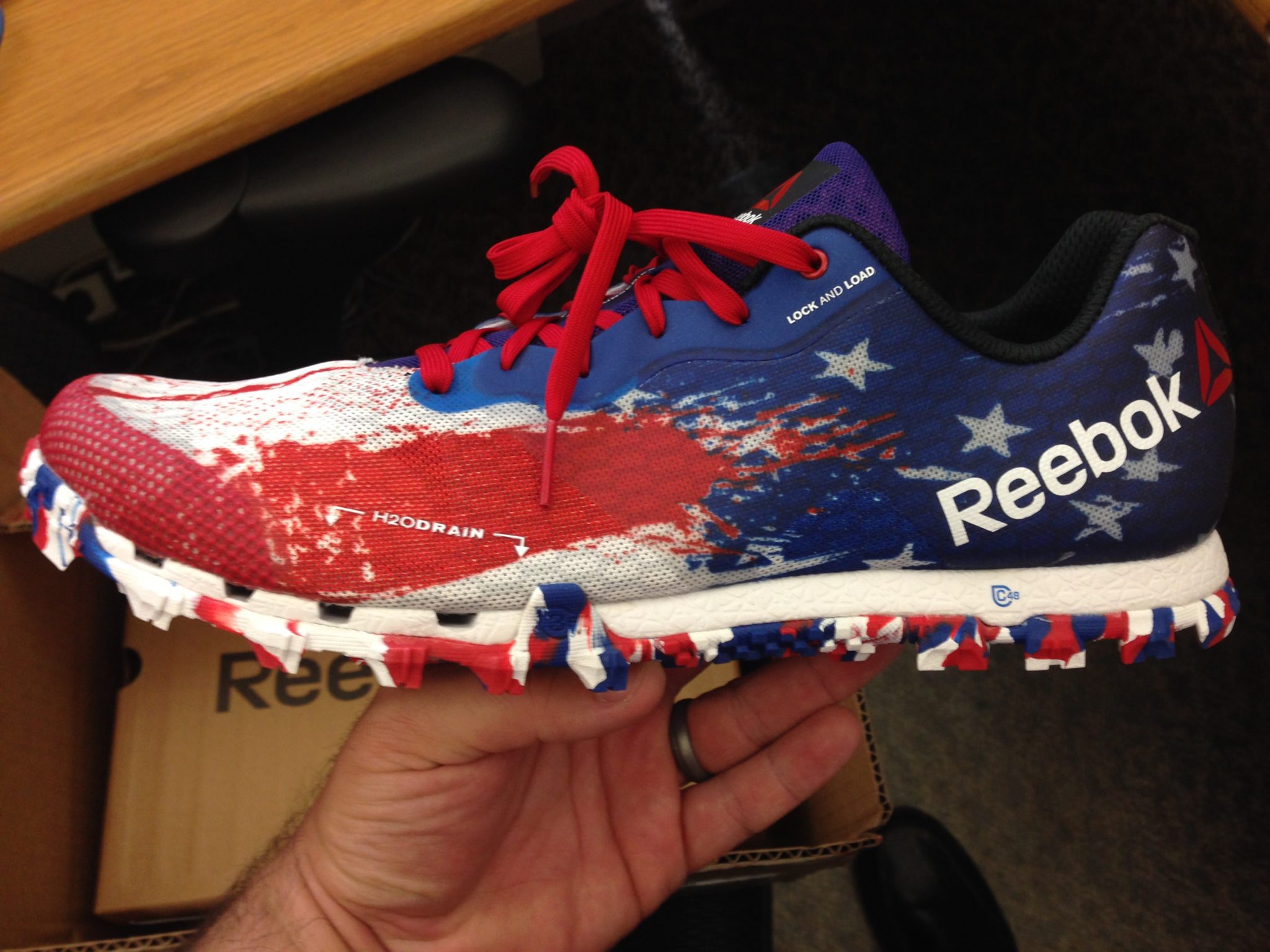 Thanks to Chris Marinin for the review. Would love to hear more once you’ve put them through the ringer a bit more! 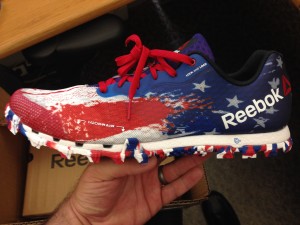 First impression is that there has been some work put into these. Unfortunately the width and toe box are very similar to the original AT Supers. I will say the toe box is a bit more flexible than the originals and didn’t feel as tight to me.

So far, from what I can see, they have two color options the blue and the American flag pattern.

The changes that I can see so far are: 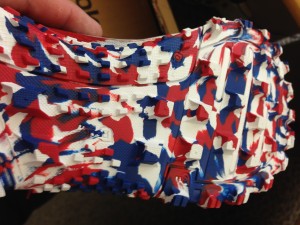 So after the inspection I went for a quick run on some grass and gravel. One thing that I felt during the inspection was that the rear lugs seemed to flex much more than my originals. I could feel this during the run especially when turning. The rear lugs really dug in and flexed. Traction wise it was great, my fear is that the sole will peel off the shoe (This is only speculation). The added cushion to me is very noticeable compared to the originals.

The bottom of the shoe is very similar to the originals. Nothing really to report change wise.

Now to put them to the test and run some races in them to see how well they hold up.

I’m only rating this with 3 stars at the moment since it still has the narrow width and smaller toe box and most importantly I have no idea how they will hold up.

1 thought on “Review: Reebok AT Super”