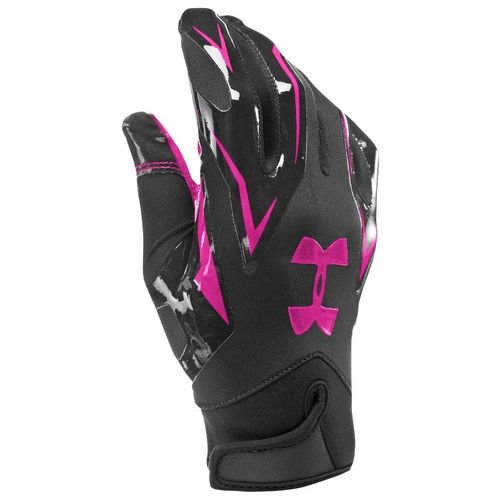 Review: I’ve been wearing these for dry, cooler weather races for a while now, but wanted to wait until I wore them through some mud/water to write a review. I’ve now worn them to Warrior Dash, Bonefrog, Barre Spartan Sprint, and Samurai Sprint, and couldn’t be happier with their performance.

I tried on a few pairs at Sports Authority (R.I.P) and got a medium, then went back after a few races to get a small (the extra room was uncomfortable on hanging obstacles because my hand would feel like it was falling out of the glove). The small fits me perfectly, and I usually don’t even notice I have them on during races. There are small holes in the palms that help with drainage and make them a bit more breathable. They are also easy to clean – after rinsing I put them in a mesh bag and throw them in the washer (watch out for the velcro – it can ruin other clothes). The gloves start with a tacky layer on the palms which eventually wears off, but the grip is still fine.

For me, the performance of the gloves during races has been fantastic. At Samurai Sprint, with its oddly placed rope climb immediately after the slip and slide, I had no problem gripping the rope while my companions found it too slippery. Same with the thin, mud-covered ropes at Barre. The one downside is that they can actually a bit too grippy for widely spaced monkey bars since they don’t let your hand rotate around the bar at all. But I’m happy to have them on for the majority of obstacles.

It should be clear by now that I’m very happy with these gloves. The price is high (~$30) but for me it’s been worth it.

Do you own this product? Leave a review below!