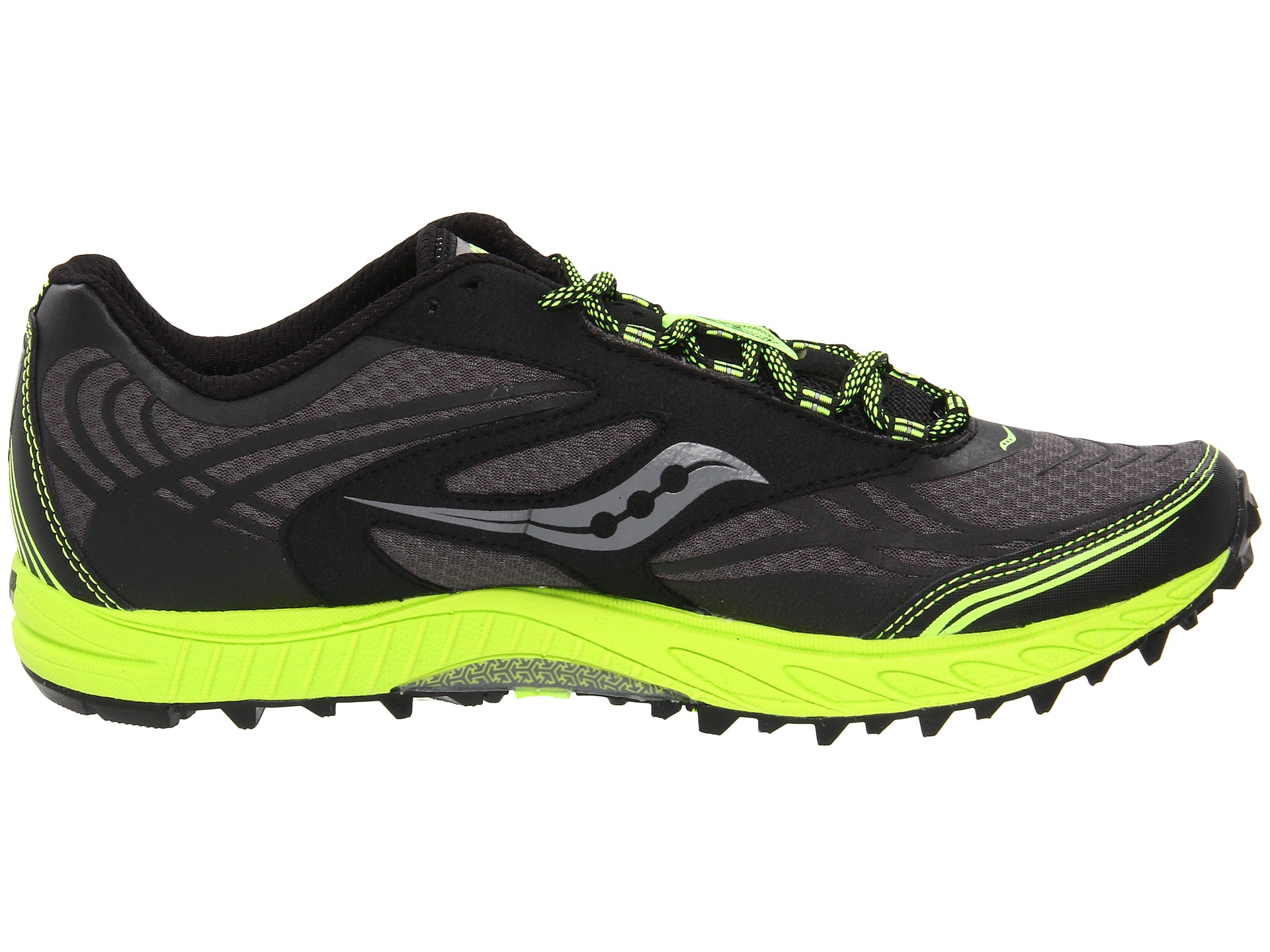 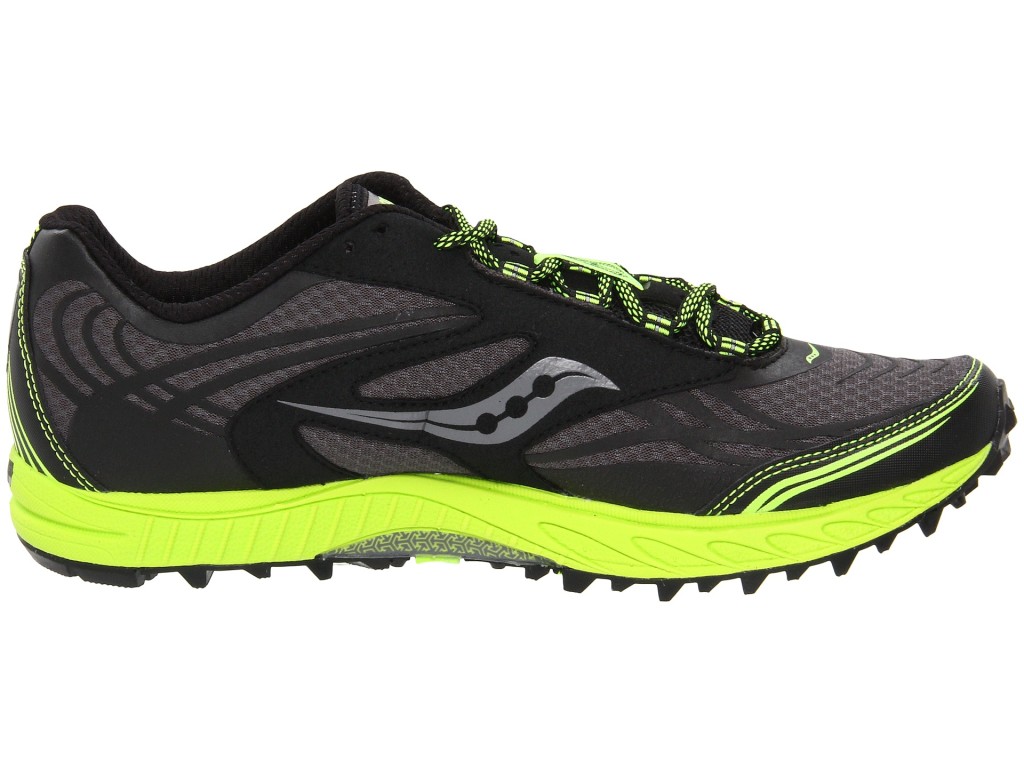 Being a novice runner I do not have a vast experience with running shoes but I do know that I’ve had some I ended up not liking and others that I love.  The Saucony Peregrine 2’s are ones that I definitely love.  I was looking for trail runners at my local Eastern Mountain Sports last year when I spotted these and decided to try them on.  I was immediately in love. They fit my feet better than any other shoe I’ve ever worn.

The Peregrine 2 has a 4mm heel to toe offset which provides a good balance between a traditional running shoe and a minimalist.  at 9.9 oz they are a little heavier than some other shoes but lighter than what I have been used to.  The tread is what I would consider as moderately aggressive: more aggressive than a traditional trail runner but not as aggressive as say the off-trail models by Inov-8.  I have found that the tread under the heel will trap some mud but I have not had a problem under the ball and I consider that more important as that is where my weight is going.  During the Spartan Montreal Super I witnessed countless people slipping on the muddy hills but my shoes held fast.

Obviously another concern for OCR usage is drainage and I have found these to drain very quickly.  Having only done 3-4 races in them (roughly 25 miles) it is hard to really judge durability but so far I have seen no problems.  They clean up quite well and have only needed to go through the wash once.

They may not be the best shoe out there but I am very happy with them and would more than willing to buy a second pair but I also want to try Inov-8s. Unfortunately I do not have a retailer nearby that I know of.