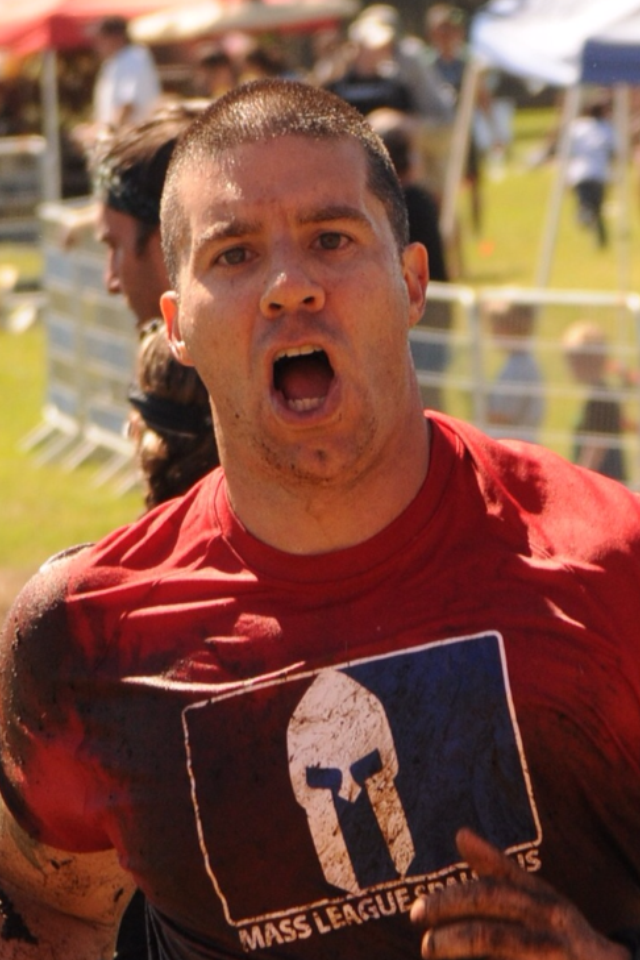 Central Florida based Savage Race ran their flagship event at a gorgeous ranch in Dade City, FL on October 20, 2012.  It appears to be their third event since inception.  I arrived at the Little Steeplechase ranch after a four hour drive from my home in Boca Raton.  One of the many aspects of obstacle course racing I enjoy is traveling to new places to see the local terrain, flora and fauna.  I was pleased to see sprawling green grounds dotted with live oaks and cypress trees draped in moss.  The sky was blue and my respiratory system welcomed the arrival of fall in Florida with warm dry air.   After five oppressive months, humidity was nowhere to be found.  Onsite parking was $10 and very smooth, however there was no re-entry into the festival area, which limited the convenience of vehicle access.

Check in was fast and simple.  The festival area was rather typical for obstacle course races, gear check ($5), food & beverages, merchandise, sponsor tents, and a bank of vile porta potties scented with human waste were all represented.  I completed my final pre-race prep of hydration, trademark eye black and stretching routine, then headed to the starting line.

The Savage Rave claims that they need no more than 5-6 miles to kick your ass as well as more obstacles per mile with less jogging than comparable events.  Approximately two dozen obstacles were peppered throughout the very fun and occasionally challenging six mile course.  Three water stations were on the course and finishers were greeted with a medal, t-shirt and a bottle of water.   Here are some of the obstacle highlights:

The ice bath plunge called “Shriveled Richard” was very early in the course and literally took my breath away, but required no special skills.   Significant shrinkage was unavoidable.  The monkey bars were terrific.  In a saw tooth profile, Savages climbed up, then down, then back up, and finally down again to complete the bars.  Grip and concentration were critical for success.

In addition, there was plenty of crawling, lots  mud, diversified terrain, various walls to conquer, giant mud hills to navigate, a balance beam, several water crossings, log carry, “shocking” wire crawl, giant hay mountain, and a floppy cargo net.  I’ve never run a Tough Mudder (registered 12/1/2012 Sarasota FL), but having researched TM, the Savage Race felt like a half of a TM.  The obstacles were not only similar, they were nearly identical.  However, I could care less.  I’m there to challenge myself with a fun and dirty adventure.  The companies can duke it out in the legal system.

There was only one negative aspect of my experience, which was a rather lengthy wait at two obstacles.  A ten minute wait preceded the balance beam and a 30 minute wait was experienced prior to the “Colossus Wall”.   The wall was a large 1/4 pipe in which you had to run up the pipe, grab a dangling rope and pull yourself to the top.  Savage staff assisted participants when necessary.  It took me 2:05 to finish the course including the 40 minutes of idle time.

In conclusion, the event was well run with ample and friendly staff.  Savages were clearly having a rad time throughout the course.   The obstacles were plentiful and some required impressive construction.  Furthermore, spectators were allowed to walk the course, which was very cool in my opinion.  I thoroughly enjoyed the Savage Race and would recommend fellow obstacle course race enthusiasts to indulge in the Savage Race experience.  Your ass may not be kicked as promised,  but you’ll have a great time doing what we love in a burpree-free filthy fit environment.  In 2013 the Savage Race will be coming to Dallas, Atlanta, Ohio, Maryland, Pennsylvania, Florida, and North Carolina.  The official schedule can be found at www.savagerace.com